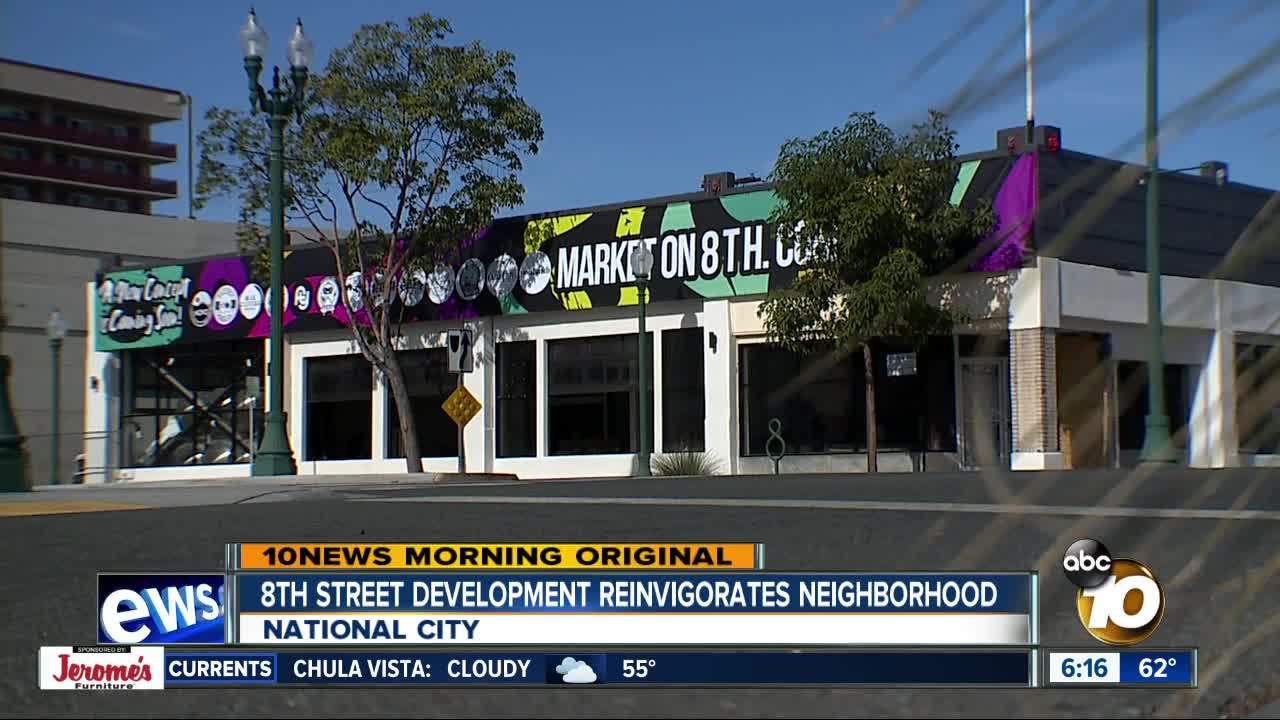 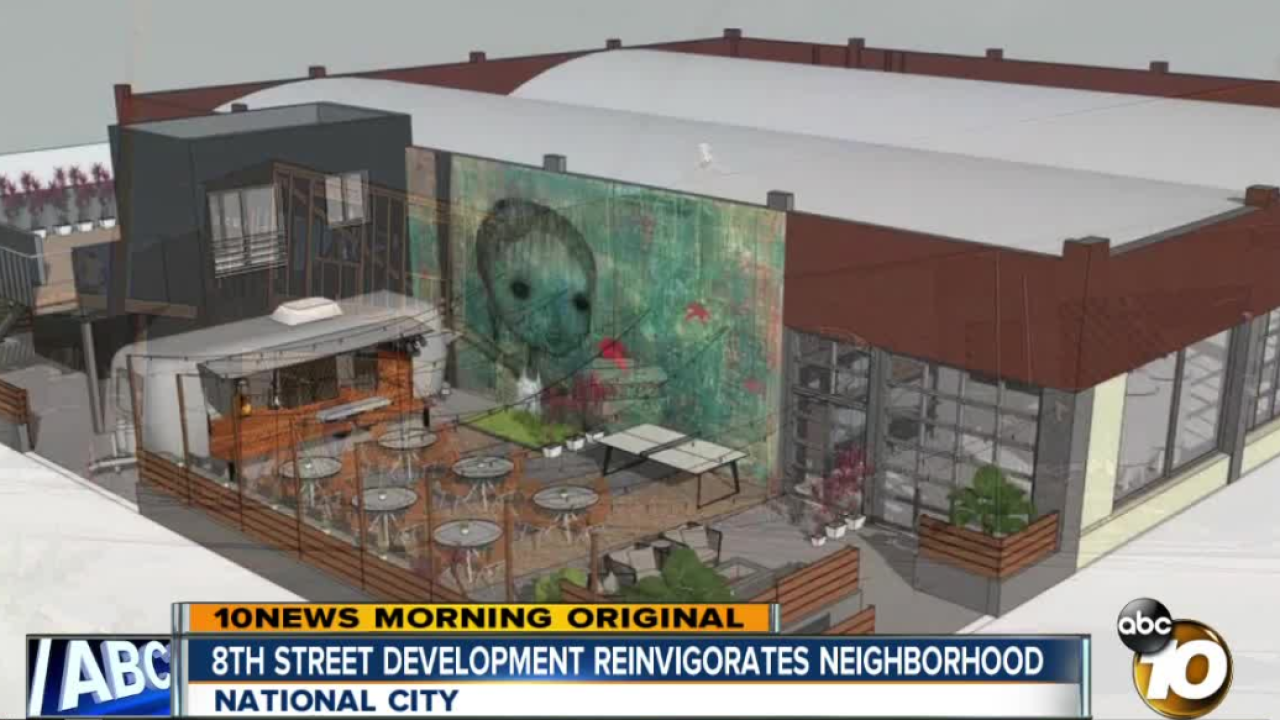 The Market on 8th will be located on the Northwest corner of 8th and A. It will feature 13 different restaurants and pop-up shops, along with a beer garden.

Developer Joel Tubao, who grew up in National City, says he hopes it can spur a renaissance in the neighborhood.

"We want to add to the community," he told 10News. "We want to keep people here in the community and make this a place to gather. So we hope this is going to be a stepping stone for what's soon to come in National City."

Just one block away, another big project will help that effort. There is a planned mixed-use condo and retail complex on 8th and B, replacing an abandoned warehouse.

Leej Razalan is helping with that project and also putting a cookbook store in the Market on 8th. He sees the potential of the corridor.

"You can now mix in live with work with play with walkability with a sense of entertainment at home," Razalan says.

That's what the National City Chamber of Commerce has in mind for the area, which they hope will rival 3rd Avenue in Chula Vista or University Avenue in North Park.

"The future of 8th Street is exciting," says Chamber CEO Jacqueline Reynoso. "I think it's going to be very diverse and multi-faceted. I think it will be a draw for families."