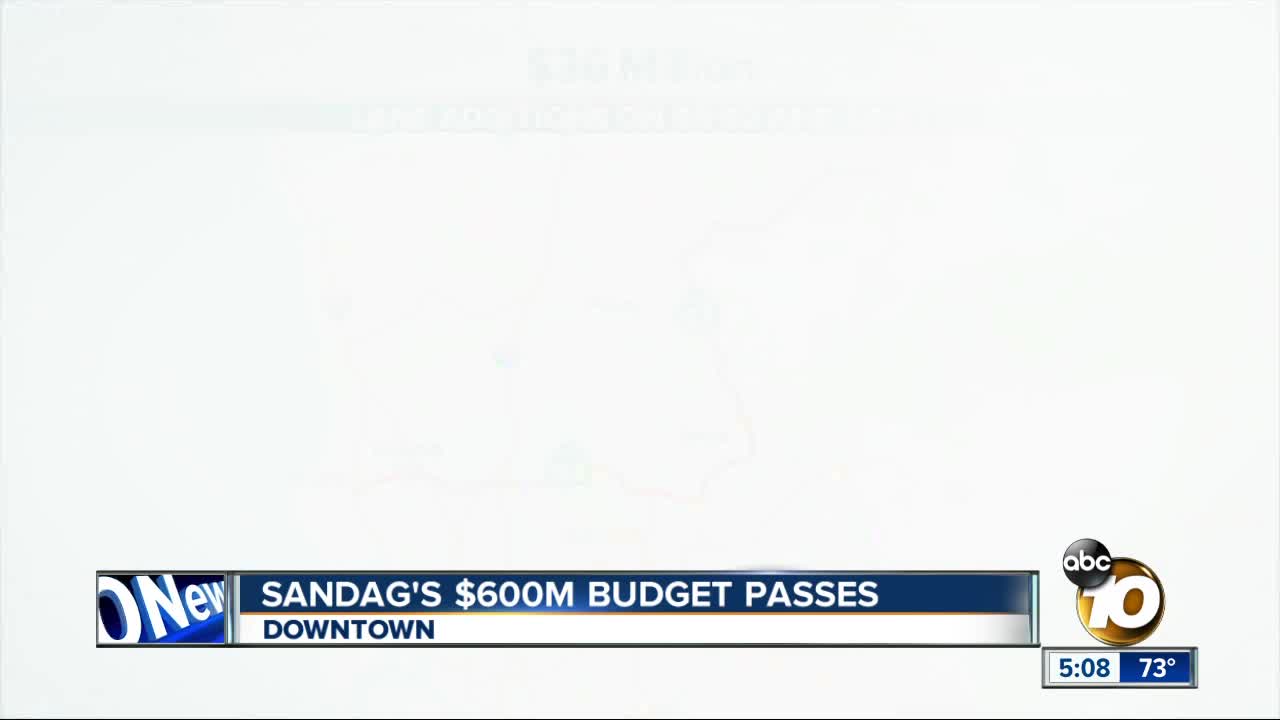 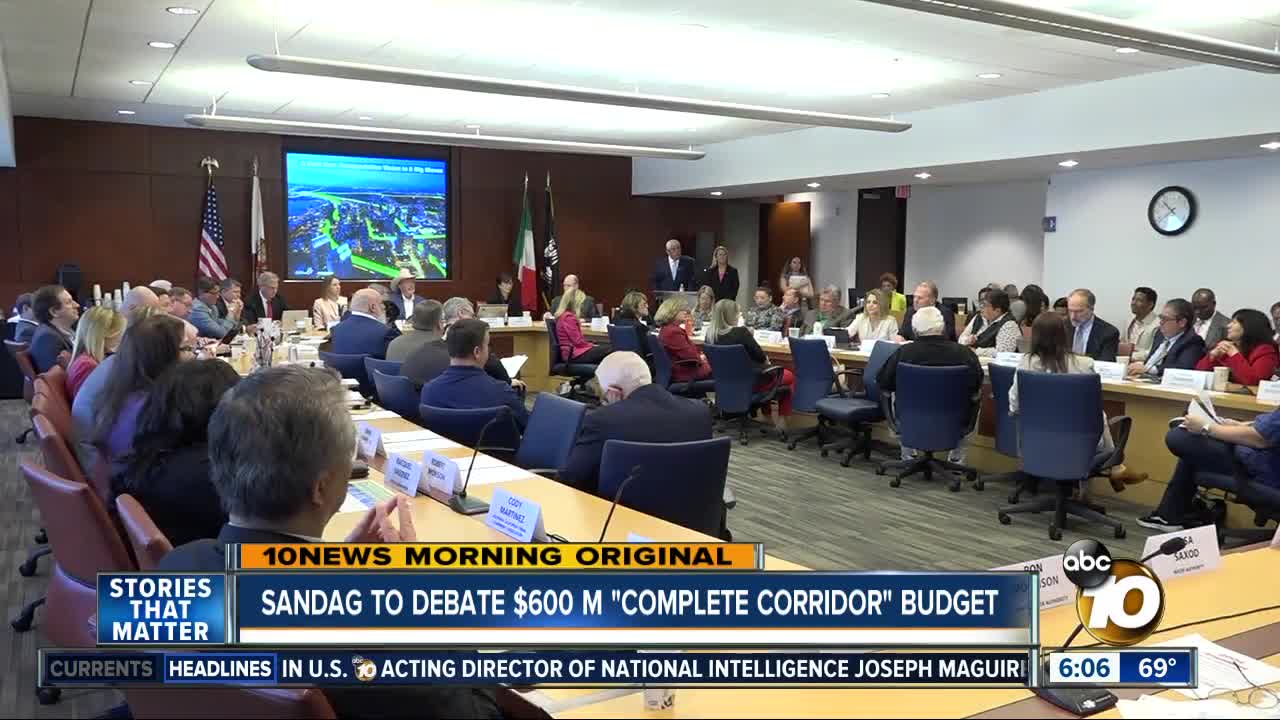 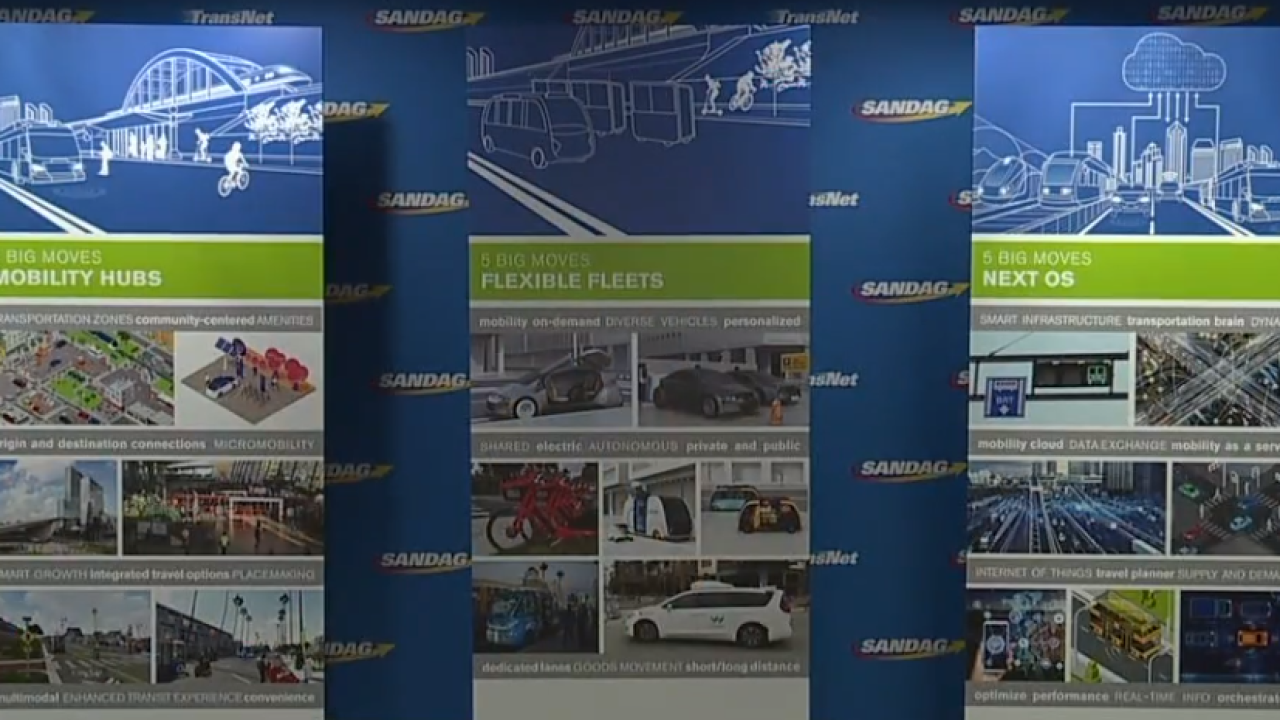 SAN DIEGO (KGTV) - SANDAG's Board of Directors passed the $593.4 million budget at their meeting on Friday The proposal includes the largest transportation projects in the county. The budget will used between now and the end of the 2025 Fiscal Year.

As part of SANDAG's proposed "Five Big Moves" initiative to modernize transportation in the city, the money will be put towards "Complete Corridor" projects.

According to a budget proposal released this week, the majority of the money will go towards transit and public transportation-based projects.
However, Poway Mayor and SANDAG chair, Steve Vaus presented a revised budget with co-author, Escondido mayor, Paul McNamara.

Some of the items in the budget include $72 million for new trolley cars on the Blue Line, $58.8 million to purchase two new coaster trains for the North County Transit District, and $40 million for preliminary designs on a central mobility hub. The Vaus-McNamara budget pulled the $90 million slated to convert HOV lanes on the 5 North to express lanes, to road expansion projects in North County.

$83 million will be allocated to environmental studies and designs for new HOV lanes along SR78 between I-5 and I-15. $36 million will be used to add lanes for SR 52, and the notoriously dangerous state route 67.

"The transit plan for SANDAG is to get 10% of the people using transit, which leaves 90% of the rest of us all on roads," says County Supervisor and SANDAG Board Member Jim Desmond. "We need to have roads as well."

One sticking point is how to use money from the TransNet Tax. Voters approved it in 2004 as a way to fund freeway projects. The current budget has $130 million of money from the tax. The rest comes from other federal, state and local funds.

"If we are to sustain ourselves and preserve our quality of life, we need to provide our residents with an alternative," he says. "We can't build our way out of congestion. I think this will put the agency in legal jeopardy."

"Freeway widenings are terrible for the environment. Terrible for public health and out right wrong," one man said on the podium.

"We need public transportation systems that work for us," said a woman representing the Sierra Club.

San Diego City Council President Georgette Gomez, who is also a member of the SANDAG Board, agrees.

In a statement to 10News, Gomez said, "We need to create a transportation system that offers residents a real choice in how they move throughout their day.