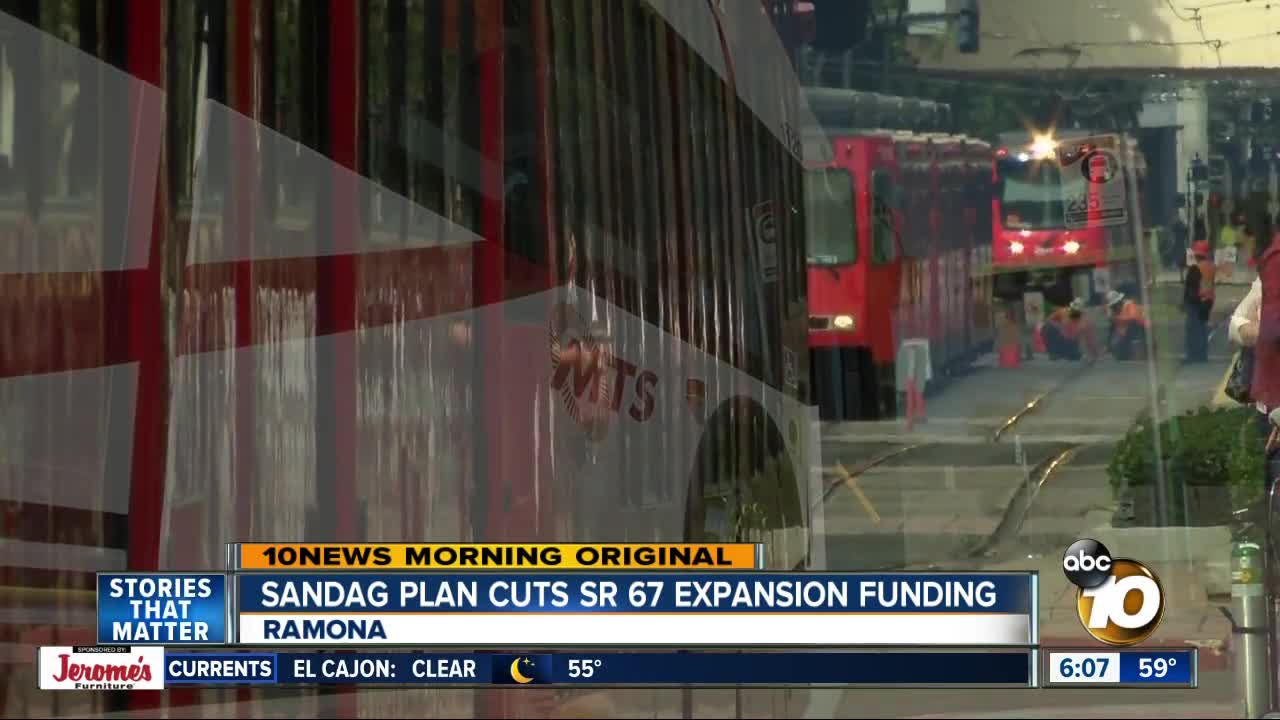 SANDAG's plan to emphasize transit in its future plans for transportation has people in Ramona worried. They say State Route 67 needs to be expanded as a wildfire evacuation route. 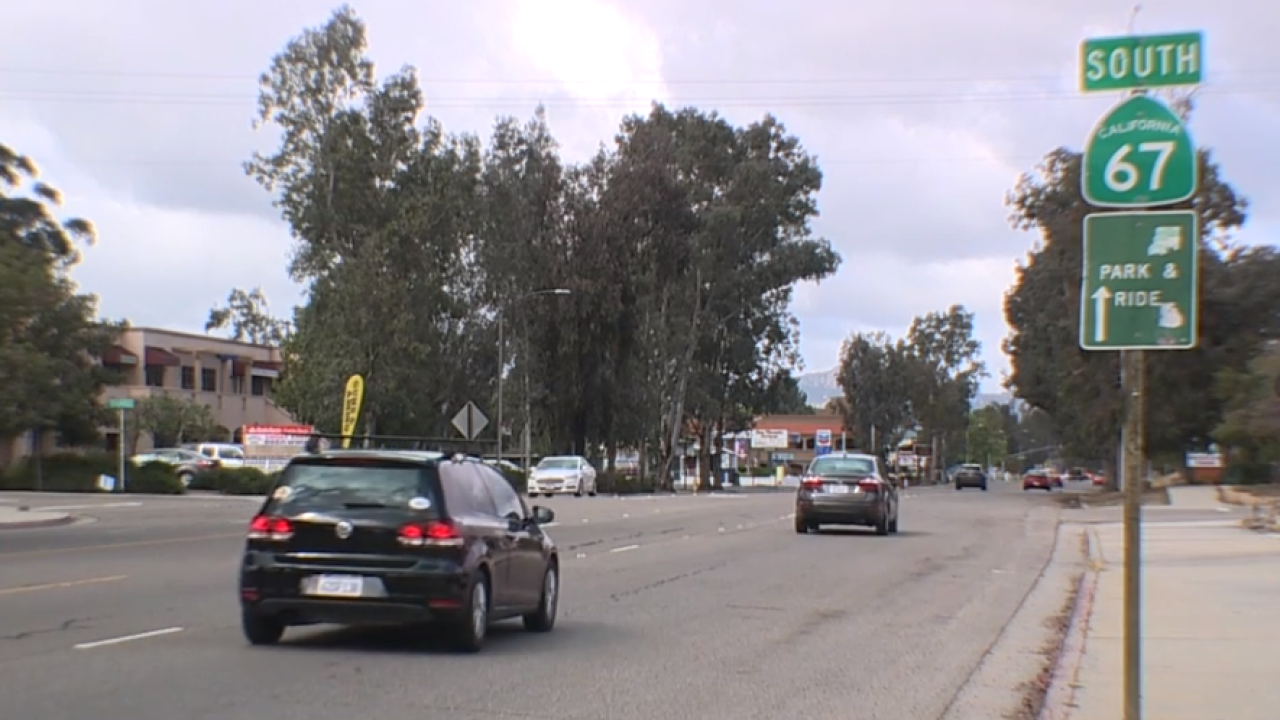 RAMONA, Calif. (KGTV) - Residents in Ramona are worried that SANDAG's new transportation plan could put their lives at risk in the event of a wildfire.

The proposed 2021 Regional Plan, which hasn't been approved and won't be voted on until November, would move tax money away from freeways like State Route 67, and put more emphasis on transit.

People in Ramona say that worries them, because the 67 was jammed the last few times fires forced an evacuation.

"It took a couple hours to get down to Scripps Poway Parkway," says Ramona resident Paul Pakus, who had to evacuate during 2007's Witch Fire.

In 2004, voters approved a measure on the ballot for a 40 year, half-cent sales tax to fund transportation projects, commonly called the "TransNet Tax." Part of the bill specifically mentioned State Route 67, as well as a handful of other freeways.

When SANDAG unveiled their new transportation plan last month, they said Transnet tax money would now go to pay for transit projects instead of freeways. That means a proposed expansion of the 67 could be shelved if the plan is approved by the SANDAG Board.

Executive Director Hasan Ikhrata says, even after just 11 years of the tax, it's clear San Diego needs to invest more in mass transit and less in roads. He says that's a necessity if the area wants to hit state and federal mandates for greenhouse gas emission.

"People need to give us a chance and time to put this forth. And once we do, I think they will be more pleased with what we're telling them," says Ikhrata.

He also assured 10News that SR-67 would still be a priority.

"Safety will be addressed, period," he told 10News in an exclusive interview. "The 67 safety issue will take top priority."

Ikrata added that the plan is still a work in progress and SANDAG wants feedback from the public. They have a "Vision Lab" at their downtown offices that people can visit to give feedback.

They also plan to form an advisory council, made up of at least 10 industry experts and leaders, to help finalize the 2021 Regional Plan. They're asking people who are interested to look over the qualifications and submit an application here.