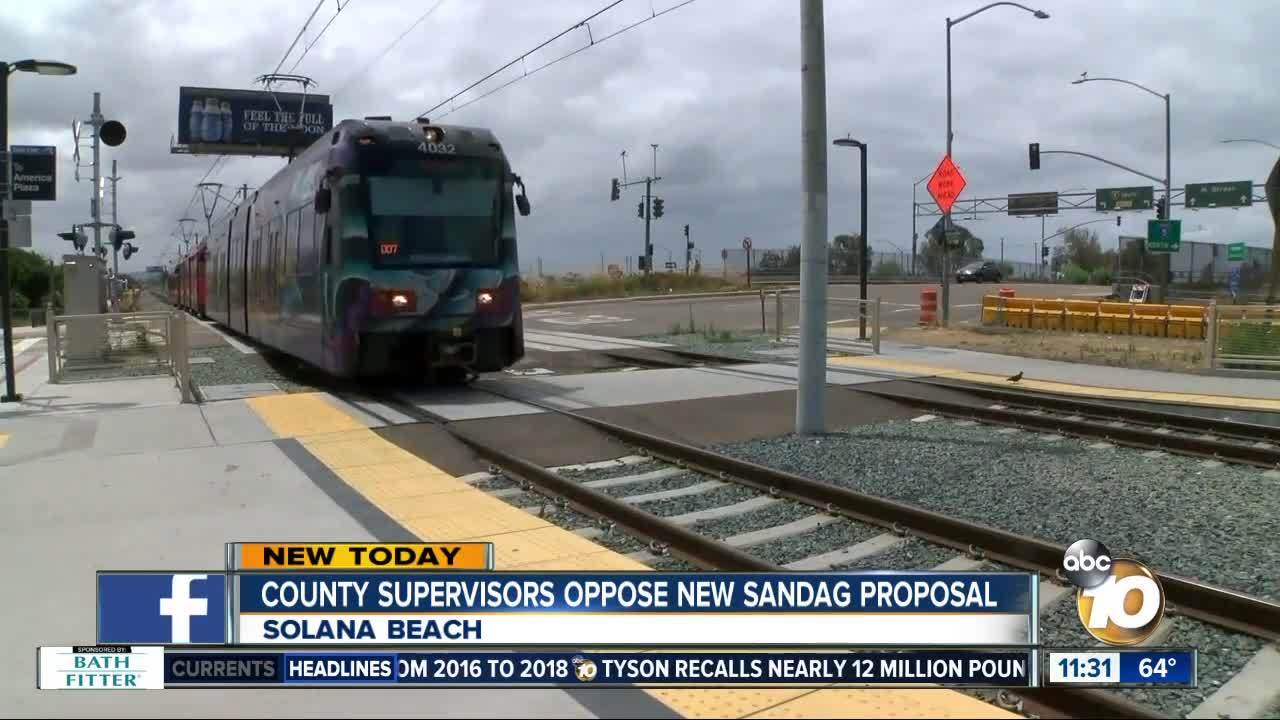 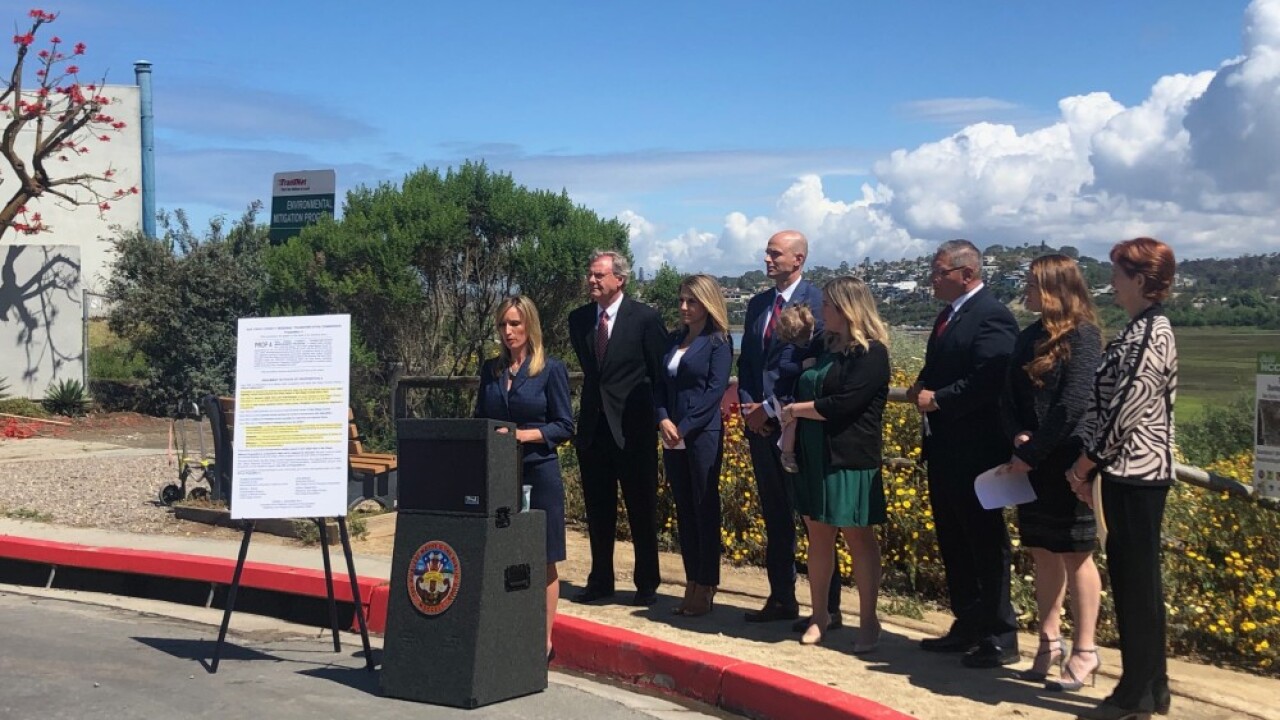 In 2004, voters approved a TransNet half-cent sales tax that would go to highway improvements for 40 years. Now, SANDAG is proposing an idea to divert money from the sales tax to fund new high-speed rail projects.

SANDAG’S plan is to push for a more green and efficient future by getting more commuters to ditch their cars and hop on mass transit.

Gaspar said using TransNet funds is a bait and switch to voters.

“San Diegans have lost faith in SANDAG,” she said. “They can’t be trusted to follow through with their promises to voters.”

“In 2004, 67% of voters said they were collectively willing to take on a higher tax burden for the next 40 years in exchange for much needed highway improvements,” said Gaspar. “Fast forward to 2019, SANDAG has a new idea on how they want to spend that money.”

“Behind me we have the expansion of the I-5 freeway, we have the double tracking of the rail corridor and we also have the restoration of the beautiful San Elijo Lagoon,” said Gaspar. “So, balanced transportation options can be made available for San Diego. We have to demand that we move forward with balanced option for our community.”

Hasan Ikhrata, Executive Director of SANDAG, unveiled the new plan two weeks ago and said the goal is to get more people to start ditching their cars and using mass transit to help reach the region’s environmental goals and create alternatives to transportation.

A few of the ideas include double tracking the COASTER commuter train, connecting the South Bay with the North County with a tunnel or above ground high-speed rail, and a tunnel from San Diego International Airport to Coronado.

10News reached out to SANDAG for a response to Gaspar’s comments Monday, but did not hear back.

“We haven’t had a lot of input from our residents, people can go to StopTransnetRaid.com and voice their opinions,” said Gaspar. “It’s also important contact your local elected officials and let them know a balanced transportation plan for San Diego is important for our future.”