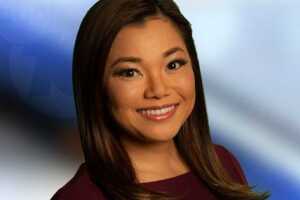 Rina Nakano is a true utility player in the Newsroom. As a Reporter and Multi-Media Journalist at KGTV 10News San Diego, she is known for her exceptional storytelling, energetic personality, and her creative ability to engage with viewers on all platforms.

Rina grew up in nearby Irvine, CA. As an alumnus of UC San Diego (Go Tritons!), she is excited to be back in America’s Finest City, where her news career began. In 2007, Rina was first introduced to the local news scene right here at KGTV as a Multi-Media-Journalist intern.

Since then, her journalism journey has taken her all around the world. From Casper, Wyoming to Tokyo, Japan, to our state capital, Rina has had the privilege of connecting with people and telling their remarkable stories. Her most memorable experiences include meeting the survivors of the 2011 Great East Japan Earthquake and Tsunami, and uncovering the past of the first Japanese colonists to the United States, the latter which earned her an Emmy nomination.

Rina is most proud of being a wife to Scott and a dog-mother to their Corgi-Chihuahua, Poke. When she is not reporting, you will most likely find Rina scarfing down tacos.