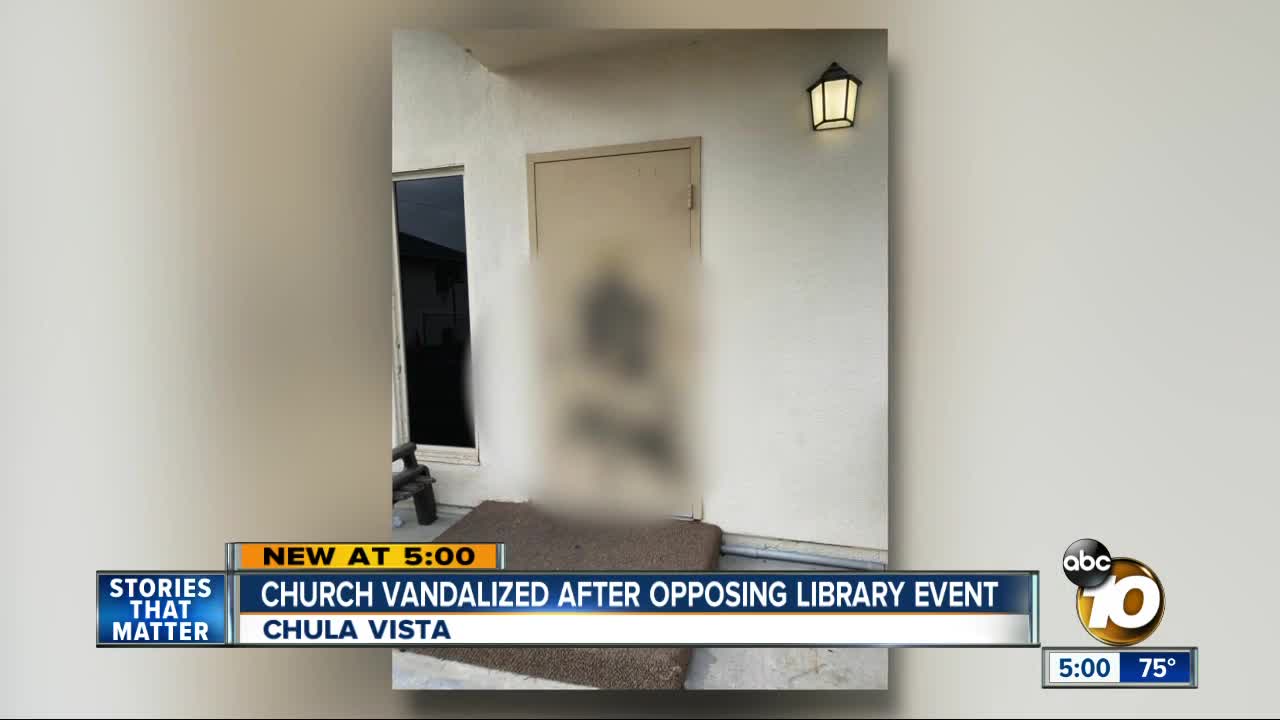 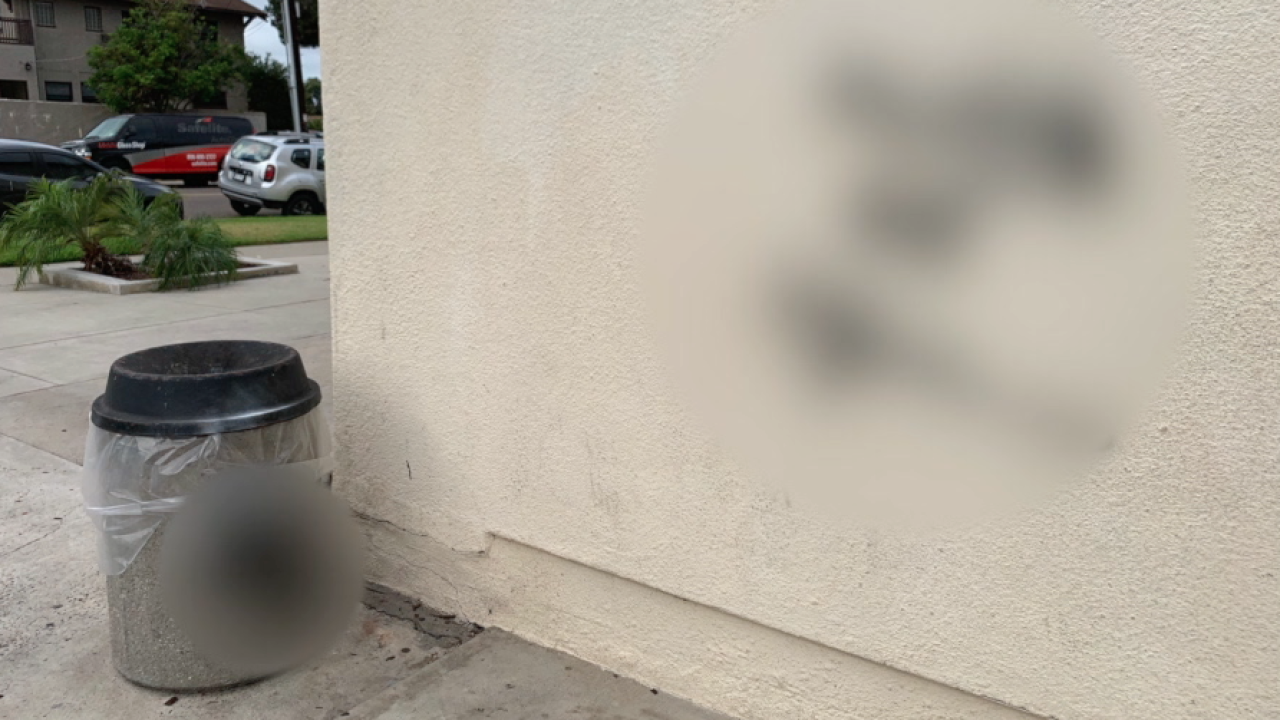 CHULA VISTA, Calif., (KGTV) – The weekend vandalism at a Chula Vista church is being investigated as a hate crime by police, and a pastor believes his church was targeted because of their strong opposition to the city-run children’s event known as “Drag Queen Storytime.”

Holy music filled the halls at South Bay Pentecostal Church Sunday, but the walls outside sang a different tune.

"Sure enough, at every corner there were phrases, hateful words, and graffiti on the walls of our church," Executive Pastor Amado Huizar said.

Huizar quickly covered up the symbols and messages associated with Satan. He said that “there is no doubt” the church was targeted.

For the last two weeks, Huizar has been outspoken about his opposition to the Chula Vista Library-sanctioned Drag Queen Storytime event.

"The Chula Vista Public Library said this is a reflection of our community. I beg to differ," Huizar said.

Huizar believes the event is not age-appropriate, nor should it be a public, taxpayer-funded program.

"If the people want to make that happen, do it at a private setting, at a book store or at a home, but not at the Chula Vista Public Library," Huizar said.

Huizar said the church's surveillance system captured two men parking their sedan in the church parking lot at around 3:00 a.m. Sunday and walking toward the building.

Fifteen minutes later, they are seen jumping back into the car with what looked to be spray cans in their hands.

"I'm all about diversity. I am all about inclusiveness," Huizar said. "When you do something like a ‘drag queen story hour,’ you are excluding a segment of the populous who are not in favor of this because of what we experienced today or scared to speak out."

Despite what happened, Huizar said he will not back down.

"I'm very sad," Huizar said. "I'm heartbroken, but I am going to continue to speak."

10News learned Huizar would be meeting with Chula Vista Mayor Mary Salas on Monday morning. He hopes to convince her to cancel the public event or have it moved to a private event, like the upcoming South Pay Pride Festival.

If not, Drag Queen Storytime will go on as scheduled at the Chula Vista Public Library Civic Center Branch on Sept. 10.