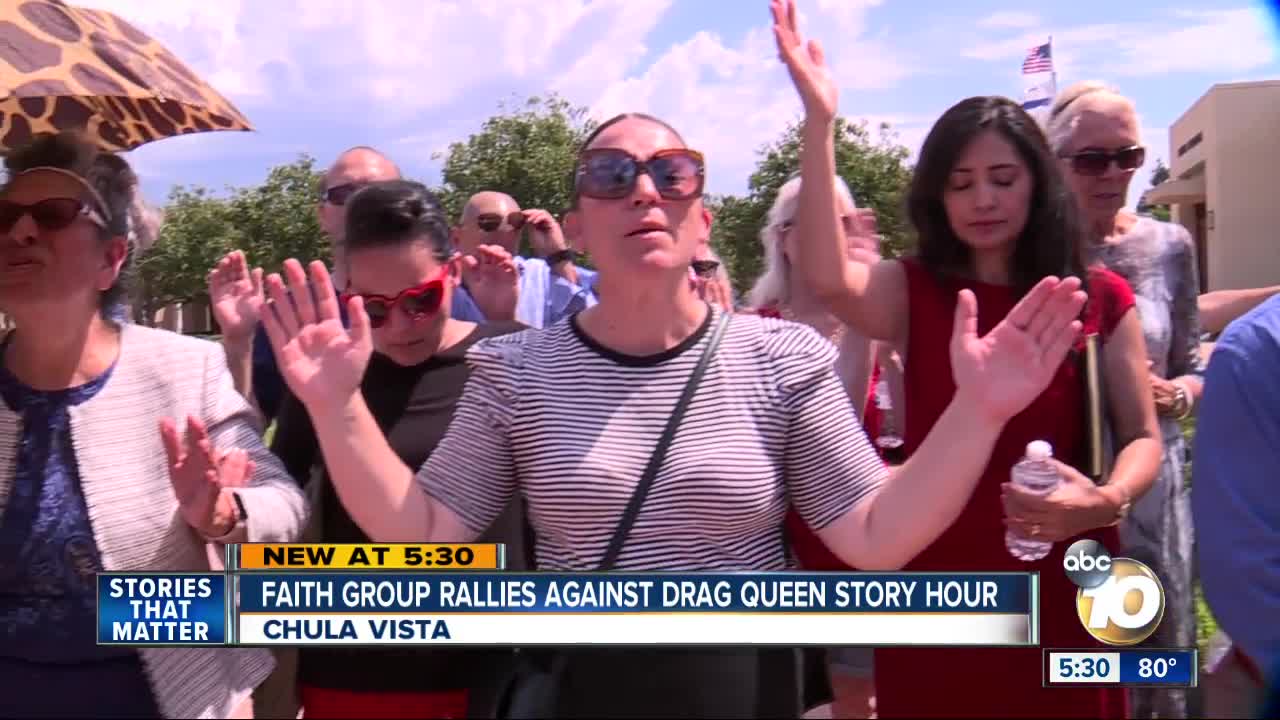 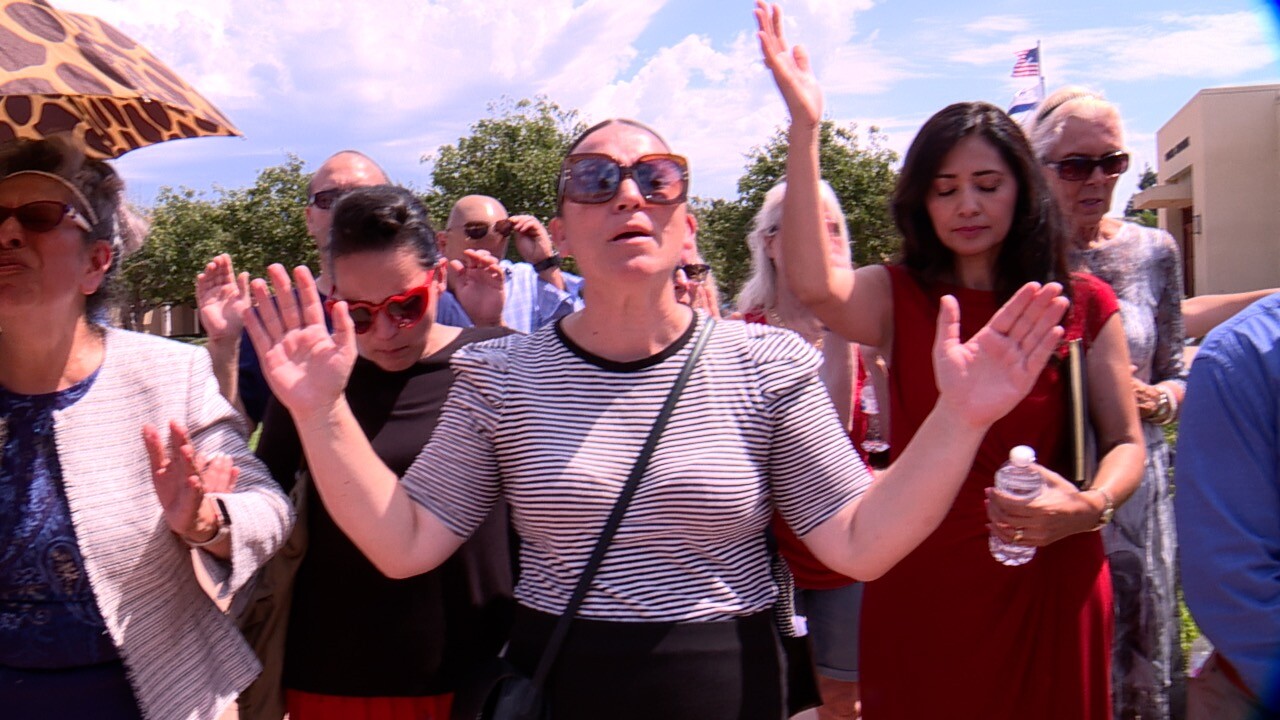 "Hear our prayer. Forgive our sin," Hodges said during the group prayer.

The people were rallying against a program that calls for drag queens to read to children. Drag Queen Story Hour is scheduled to start Tuesday at the Chula Vista Civic Center Library.

At the rally, those opposing the program said it would harm a child's growth and development. They also demanded public hearings.

"If there are parents that want drag queens to come read books to their children, they have that right. They're the parents, we're not protesting their right," said Hodges. "But they should do that privately, on their own time, in their own place, on their own dollar."

Chula Vista Mayor Mary Salas called it "preposterous" to have a City Council vote for a one-hour reading program, which she said would not be canceled.

"The City of Chula Vista is proud to celebrate the diversity of our community in all of our programs," Salas said in a statement. "The purpose of this event is to encourage children to use their imagination and creativity and most importantly to read."

The tone of Wednesday's rally was much different than one held last week, in which tempers flared from the start.

This time, only a handful of Drag Queen Story Hour supporters watched the rally from the side.

"I think that it really helps those children who may be questioning, an opportunity to see that there are options and that it's okay," Rudd said.

Last week, a different rally organized by a group called Mass Resistance got heated, with police stepping between both sides on two separate occasions.

The Southern Poverty Law Center designated Mass Resistance an anti-LGBT hate group. Its California leader attended Wednesday's rally but did not speak at the podium.