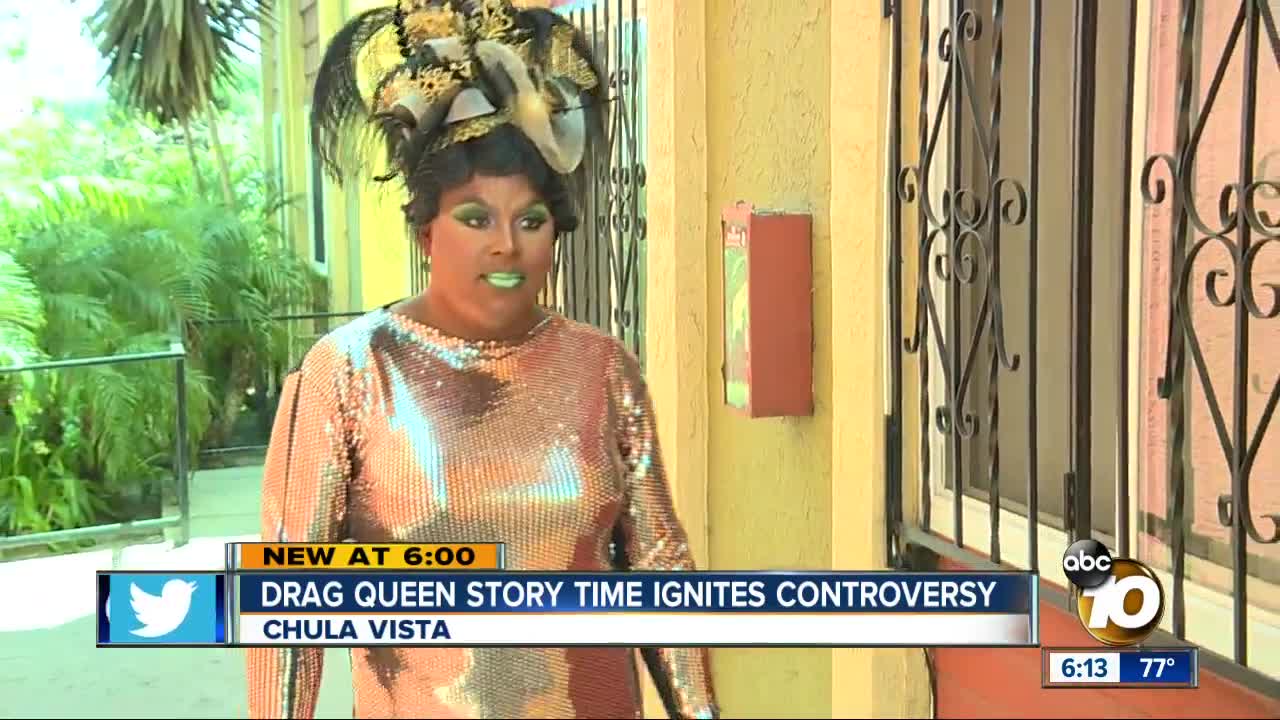 CHULA VISTA, Calif. (KGTV) -- In cities all over the country, drag queens are reading to kids and soon they'll be holding story time at the Otay Ranch library in Chula Vista.

"I thought it was like one of the best things ever I wish I had a drag queen story time when I was younger," said "Strawberry Corncakes", a local artist who isn't taking part in the upcoming event, but understands very well why performers like her are striking a chord with families and kids across the country. "We're characters, we're cartoon characters brought to life. Who walks around with green eyes and green lips?"

Along with the popularity though has come controversy. Pastor Amado Huizar is a father of four and says he's heard the events aren't just about reading books. "Teaching more about drag queens and what that's about which tends to lead to adult entertainment and that's where I think it's inappropriate as a dad as a husband."

Huizar is trying to get the city leaders to talk to him and others and postpone the event in the meantime.

And while opponents admit the event is optional, they have an issue with it being held at a public library. "I don't have to go but that doesn't mean I have to keep away from it either," said Huizar.

The city of Chula Vista issued a statement that reads in part:

"The Chula Vista Public Library welcomes everyone, and our extensive programming includes and reflects the diverse communities we serve. Hosting drag queens to read and relate with children sends a message of acceptance and tolerance."

The drag queen story time is set for September 10 at 4 p.m. at the Otay Branch location.