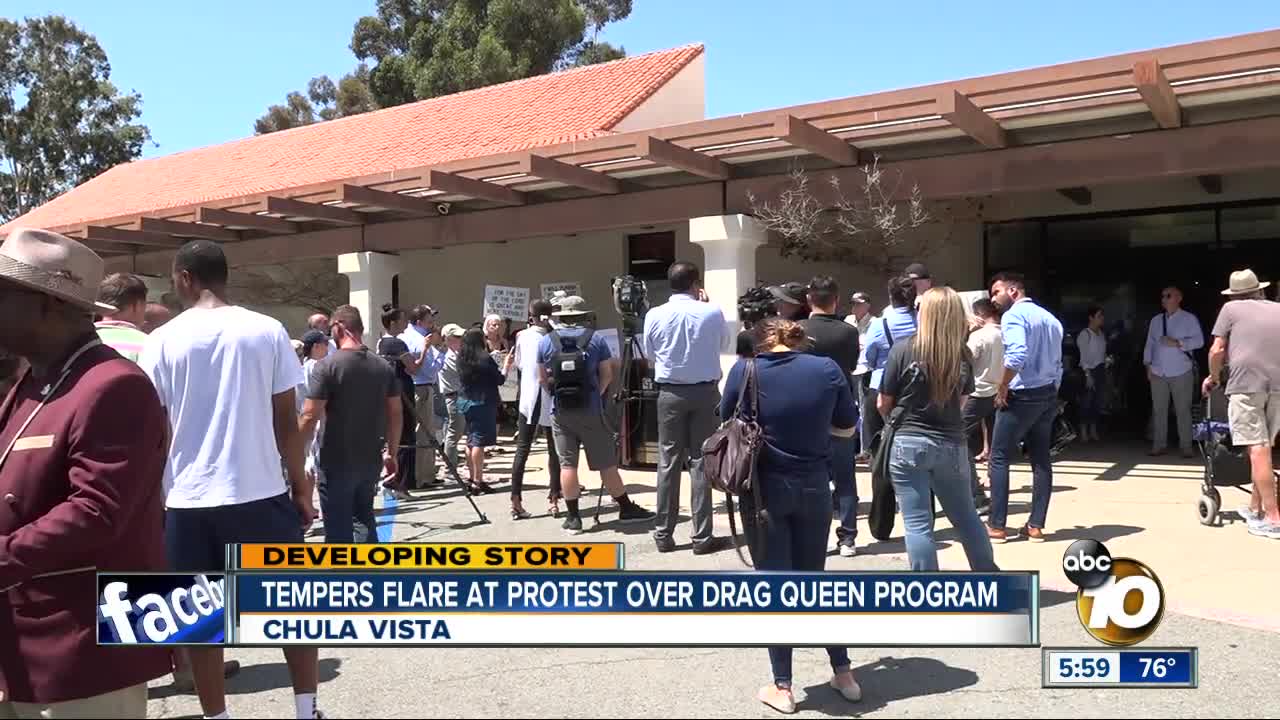 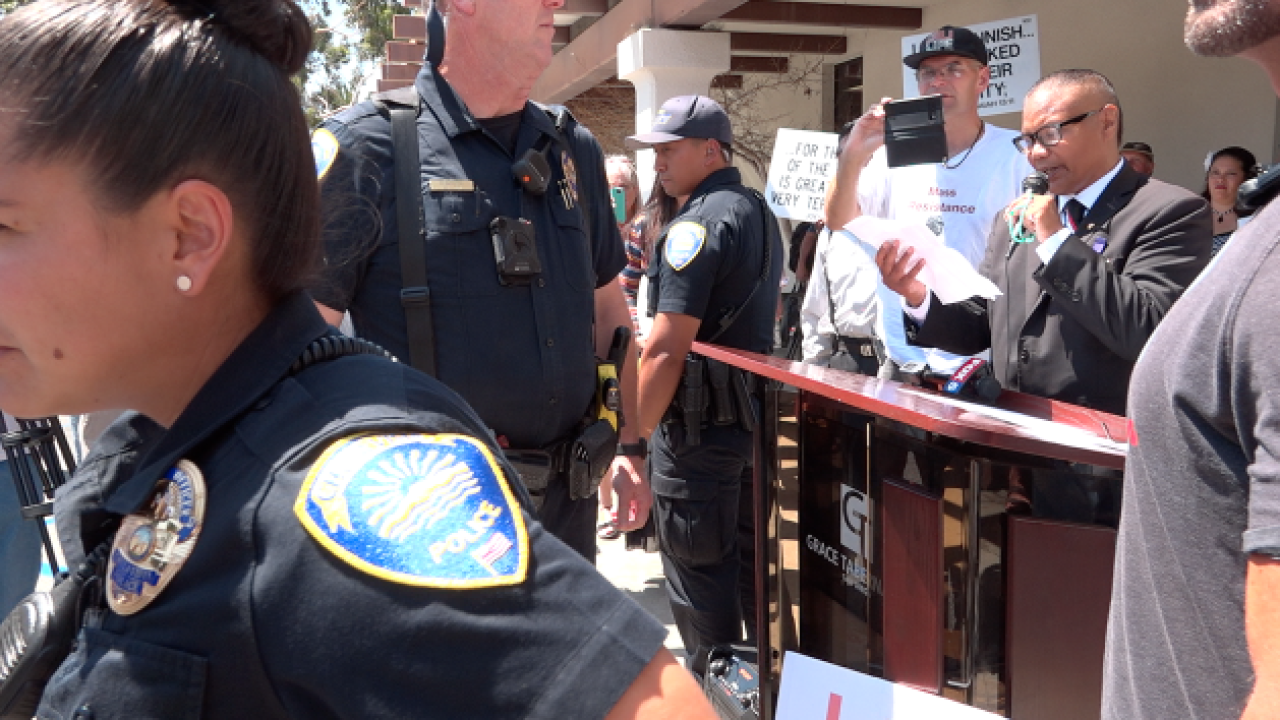 Drag Queen Story Time, set to begin at the Otay Ranch Library September 10, inspired strong feelings on both sides of the aisle.

Roughly two dozen residents against the event said they were concerned it would sexually influence children.

As tensions mounted at Thursday’s protest, officers with the Chula Vista Police Department were forced twice to intervene.

A speaker in opposition of the story time spoke at a podium as a crowd gathered, shouting “no justice, no peace.”

As voices grew louder, a group of officers made their way through the crowd, separating the groups.

"But they have not even stopped to talk to these performance, these people, these human beings who just happen to also be drag queens," said Kelly Hutton.

The City of Chula Vista issued the following statement about the event:

The Chula Vista Public Library welcomes everyone, and our extensive programming includes and reflects the diverse communities we serve. Hosting drag queens to read and relate with children sends a message of acceptance and tolerance.