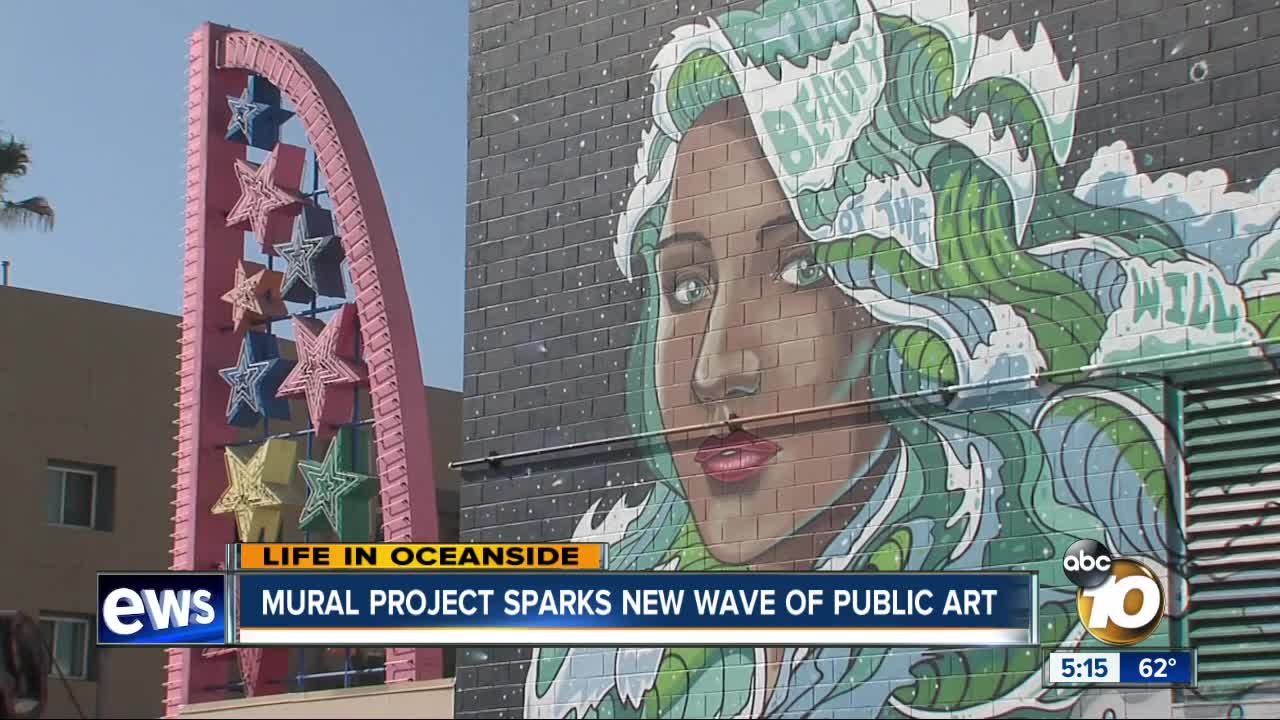 Outside the Star Theatre in Oceanside is a recently completed mural designed exclusively for the space and part of a new initiative called "Art that Excites."

OCEANSIDE, Calif. (KGTV) — Outside the Star Theatre in Oceanside is a recently completed mural designed exclusively for the space and ushering in a wave of public art.

"We want to create a place where people can feel welcome," said Gumaro Escarcega with Main Street Oceanside, the group that started the project called "Art that Excites."

Their goal is to fund 10 new murals at places all over downtown Oceanside. The funding comes completely from events hosted by Mainstreet Oceanside and donations.

As for the artists, Escarcega says, "This project is open to the public, open to anyone who is willing to work as a muralist."

The community ultimately votes on their favorites. In the case of the Star Theatre, the winning design was one from a local artist named "Skywalker."

"The idea here is to create a nice, beautiful, public art piece that tells a story," explained Escarcega.

The next mural is planned for Northern Pine Brewing and That Boy Good BBQ.