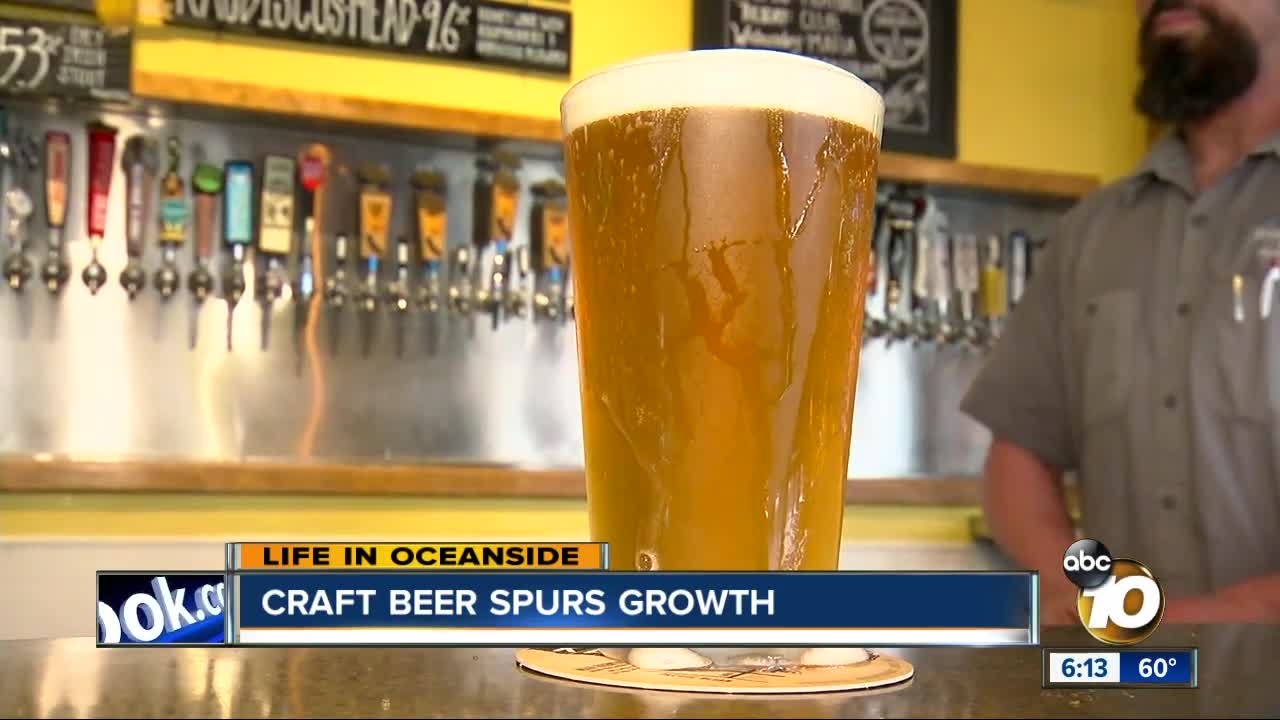 Craft beer is liquid gold for the city. 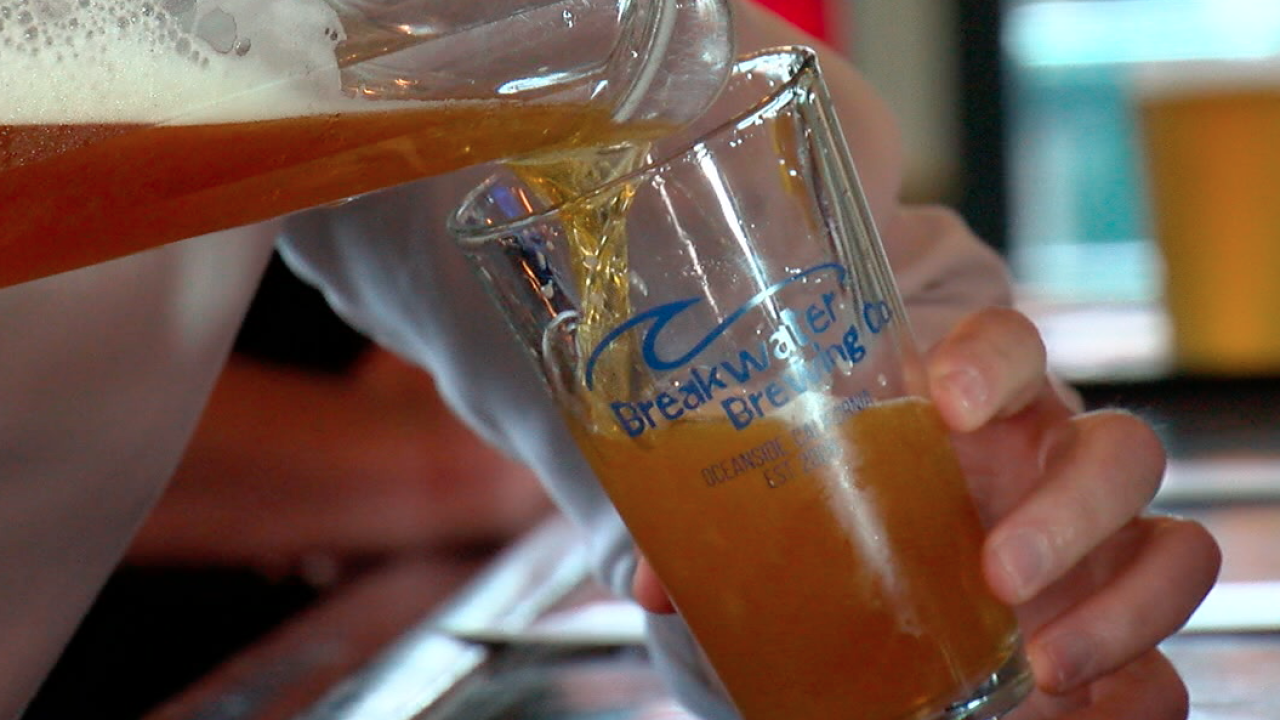 OCEANSIDE (KGTV) -- The beach may still be Oceanside’s biggest draw, but increasingly, people are coming for the beer.

With seven breweries, several tap rooms and San Diego’s first meadery, Oceanside is earning a reputation among those looking for a pint.

Geller estimates Oceanside’s beer businesses have created 50 to 75 jobs, along with other economic benefits.

“It tends to give way to businesses that want to have their offices in the downtown,” she said. “Employees just like that creative culture of craft beer.”

The oldest active brewery in Oceanside is Breakwater Brewing, the first to take up residence along Coast Highway. It opened in 2008 during the teeth of the Great Recession, when downtown had a different feel.

“Lot of crime,” said co-owner Shannon Sager. “We had people grabbing money. Our tip jar had like $6 in it once, people ran in, grabbed it and ran out. We started gluing it to the table. That doesn’t happen anymore.”

As the downtown landscape shifted, more breweries opened nearby.

“The next thing you know, it started taking off,” Sager said.