Life in Oceanside: 5 places to spend the day 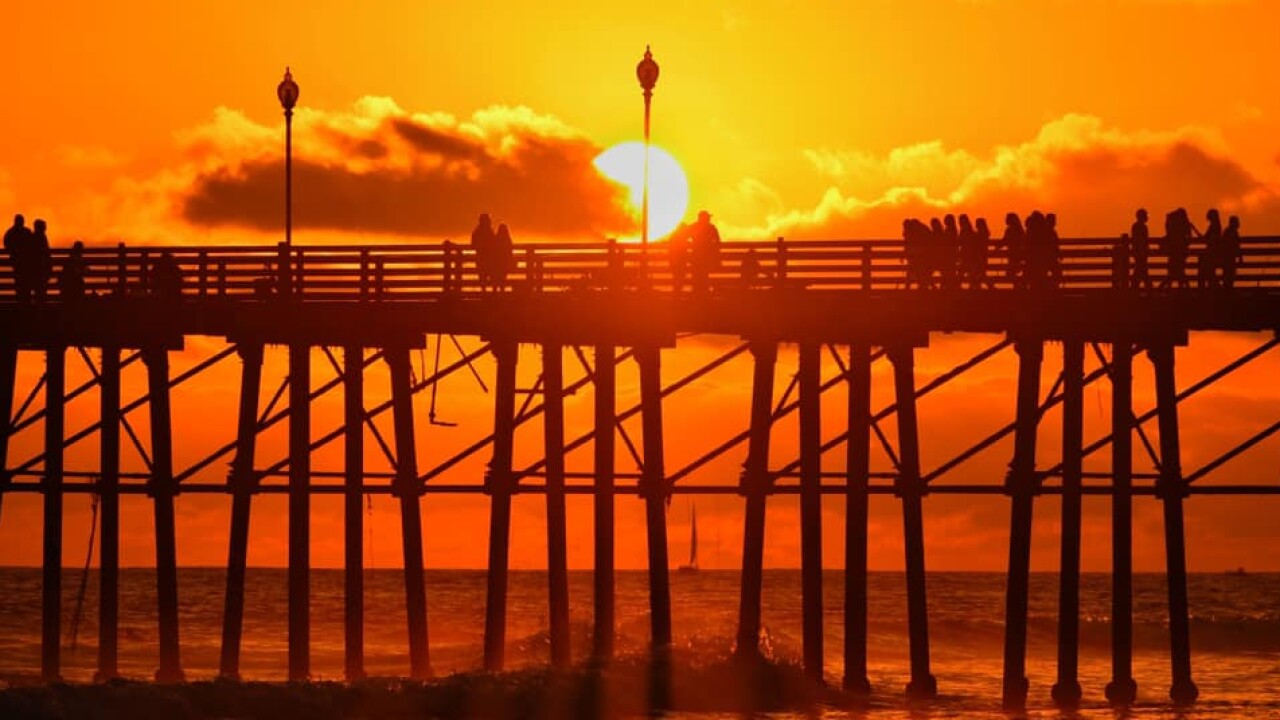 OCEANSIDE, Calif. (KGTV) — Oceanside residents not only enjoy life along the coast, but several fun things to do available throughout the week.

The historic pier and beaches, museums, and a weekly market give locals and visitors plenty to enjoy on any given day.

But there are five stops every local and visitor should check out at least once, making for a perfect trip through Oceanside:

Oceanside Pier: A walk along Oceanside's nearly 2,000-foot long pier, one of the longest wooden piers on the west coast. The first iteration of the pier was constructed in the late 1880s, but major storms have force major rebuilds of the pier. The current version is Oceanside's fourth pier. Visit the amphitheater at its entrance, where visitors may catch musicians or cultural performers, or head all the way to the end of the pier for a bite at Ruby's Diner. In between, fishermen cast off and visitors look out from the pier and try to spot dolphins, seals, or sting rays in the waters below.

California Surf Museum: Founded in 1986, the California Surf Museum has showcased a collection of surfboards and surf rarities, making one of the richest treasure troves of surf history ever. The museum houses revolving exhibits throughout the year featuring a wide array of topic in the world of surfing, significant surfboards, trophies, magazines, rare photographs and more. The museum also hosts events like book signings, film screenings, and special guests.

Oceanside Museum of Art: Surround yourself in a world of fine art at Oceanside's Museum of Art. The museum showcases some of the finest art in Southern California including paintings, sculptures, studio furniture, architectural projects, and more. The museum is also hosts concerts, film screenings, culinary events, tours, and parties throughout the year, in addition several art exhibitions. Head over on the first Sunday of the month and admission is free.

Visit the Graves House: The famed home is known for its role in the 1986 action flick "Top Gun," as the home of "Charlie." The classic Victorian home, featuring architecture rarely seen nowadays, was built nearly 137 years ago. But depending on when you venture out to see it, it may be gone. The home is being relocated to Pacific Street to make room for the Oceanside Beach Resort. And you may visit as the home is still being restored, but its future has swirled with rumors that it could become an ice cream parlor.