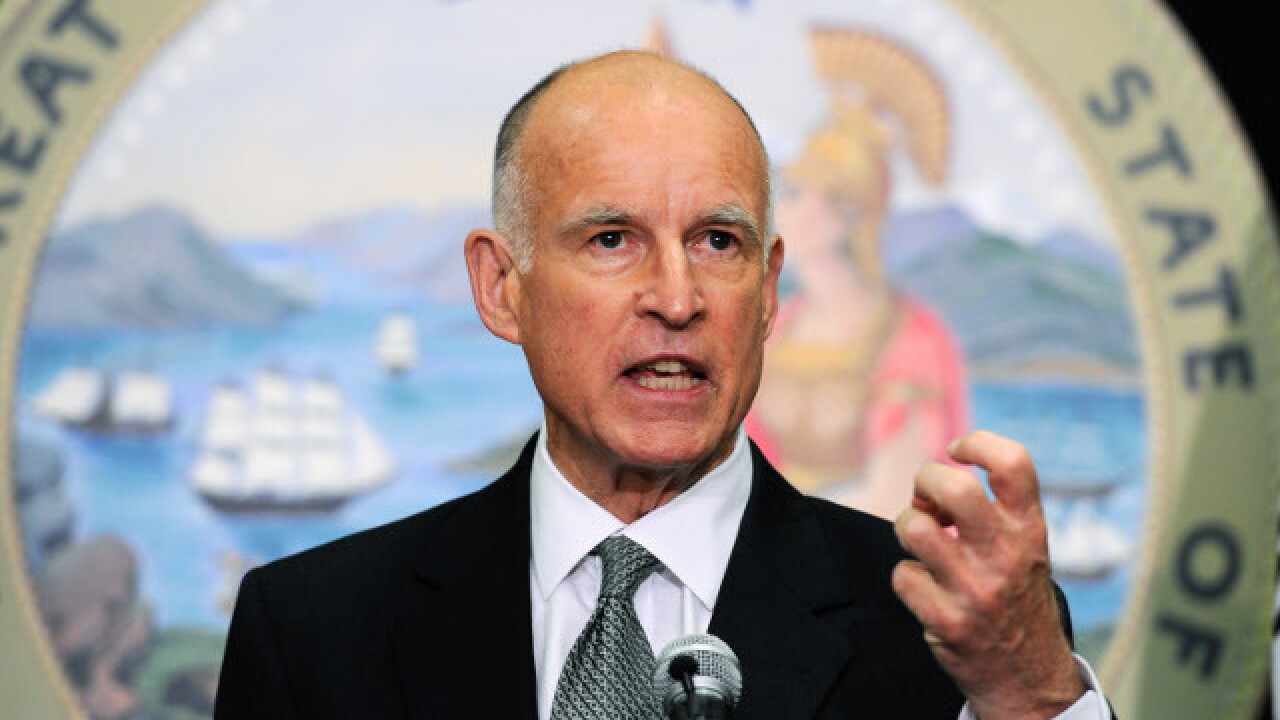 The man the late Chicago columnist Mike Royko famously dubbed "Gov. Moonbeam" made the announcement at the conclusion of a two-day climate summit he organized in San Francisco.

"With science still under attack and the climate threat growing, we're launching our own damn satellite," he said.

The Democrat, who is leaving office at the end of the year, didn't announce a launch date or divulge a cost estimate.

Brown's office said government scientists and staff will work on the project, but that no state money will be spent directly developing the satellite. Private donations are being made by San Francisco investment banker Richard Lawrence and his wife Dee Lawrence along with the Jeremy and Hannelore Grantham Environmental Trust.

Brown foreshadowed the announcement in a December 2016 speech to the American Geophysical Union in San Francisco a month after Trump's election. The then-president elect had threatened to scrap NASA's climate change funding.

"If Trump turns off the satellites, California will launch its own damn satellite," Brown said at the time to cheers and applause from the geophysicists. "We're going to collect that data."

He also reminded them that he had floated a similar proposal during his first term as governor in the 1970s. The Chicago Sun-Times columnist gave Brown the Moonbeam moniker in 1976. Royko said that Brown appeared to be attracting "the moonbeam vote."

The name stuck for decades, even after Royko, who died in 1997, apologized and tried to retract it. Brown used to dislike the name but more recently has embraced it.

Before Brown's announcement, two prominent Democrats and a Republican mayor criticized Trump for his decision to withdraw the United States from the landmark Paris climate accord.

"While Donald Trump may have pulled out of the climate agreement, the American people have not," former Secretary of State John Kerry said opening the second day of the Global Climate Action Summit.

Kerry, also a Democrat, called Trump's decision "the single greatest act of irresponsibility of any president of the United States at any time,"

Trump announced in June 2017 the United States' intention to pull out of the international agreement, which Kerry signed while serving as President Barack Obama's secretary of state. The 195 countries that signed the treaty agreed to commit resources to combatting climate change

Trump said the agreement was unfair to the United States and would hurt the economy.

Kerry's criticism of Trump came a day after the president blasted Kerry on Twitter for meeting with high-level members of the Iranian government.

Former Vice President Al Gore followed Kerry to the stage and got a rousing ovation when he said a new president can rejoin the Paris Agreement.

Gore, a Democrat, also criticized Trump's recent denial that 3,000 people died in Puerto Rico in 2017 because of Hurricane Maria.

Gore said it's difficult to deny that climate change is causing more severe weather but that "It's a little harder to deny the 3000 deaths from the hurricane in Puerto Rico."

James Brainard, Republican mayor of Carmel, Indiana, listed a number of Republican presidents and their environmental accomplishments, including President Nixon's creation of the Environmental Protection Agency. He said he was disappointed Trump pulled out of the Paris Agreement.