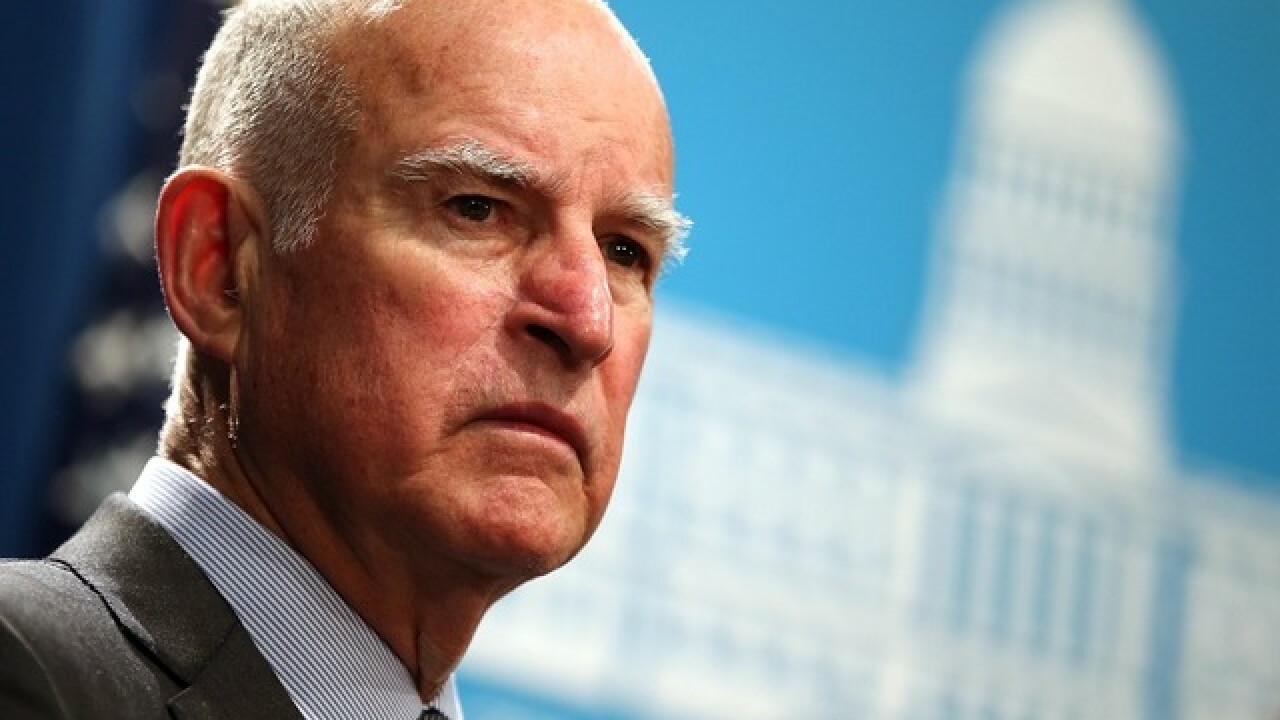 SAN FRANCISCO (AP) — California Gov. Jerry Brown started his global climate summit Thursday by saying President Donald Trump will likely be remembered as a liar and a fool when it comes to the environment.

Brown, a Democrat, and former New York City Mayor Michael Bloomberg spoke at a news conference on the first full day of the San Francisco summit that is partly a rebuke of the Trump administration.

The leaders said in an op-ed in the Los Angeles Times that thousands of cities, states and other groups remain committed to reducing global warming without Trump's support.

Trump announced last year that he was withdrawing from the landmark 2015 Paris climate accord. His administration is also pursuing policies that would boost methane emissions and roll back California's strict vehicle emissions standards.

Bloomberg and Brown said they calculate the country is within striking distance of the reduction in greenhouse gases previously promised by the U.S.

Asked about the hundreds of protesters outside the conference claiming the Brown could do more in California, the governor reiterated his ambitious goals for battling greenhouse gas emissions at all levels.

Protesters also called on him to ban the practice known as fracking, which injects high-pressure liquid into the ground to extract gas,

Bloomberg chimed in: "America's a wonderful country. Here we have environmentalists protesting an environmental conference."

Thousands of politicians and business leaders from around the world are expected at the two-day invitation-only summit at the Moscone Center, as well as peripheral events throughout the city. Summit spokesman Nick Nuttall said he is not aware of any U.S. government officials attending.

Messages to the U.S. Department of Interior, National Oceanic and Atmospheric Administration and Environmental Protection Agency were not returned.

The summit comes as the Carolinas along the eastern U.S. seaboard prepares for Hurricane Florence and 2018 is on pace to be the fourth hottest year on record globally. The eight warmest years in more than a century of record keeping have all been in the past 13 years.

Conference speakers include the mayors of Paris and San Francisco, actors Alec Baldwin and Harrison Ford, and primatologist Jane Goodall.

The 2015 Paris agreement commits countries to set their own plans for cutting climate emissions.

U.N. Secretary-General Antonio Guterres warned this week that the world must rapidly shift from dependence on fossil fuels to prevent "runaway climate change."