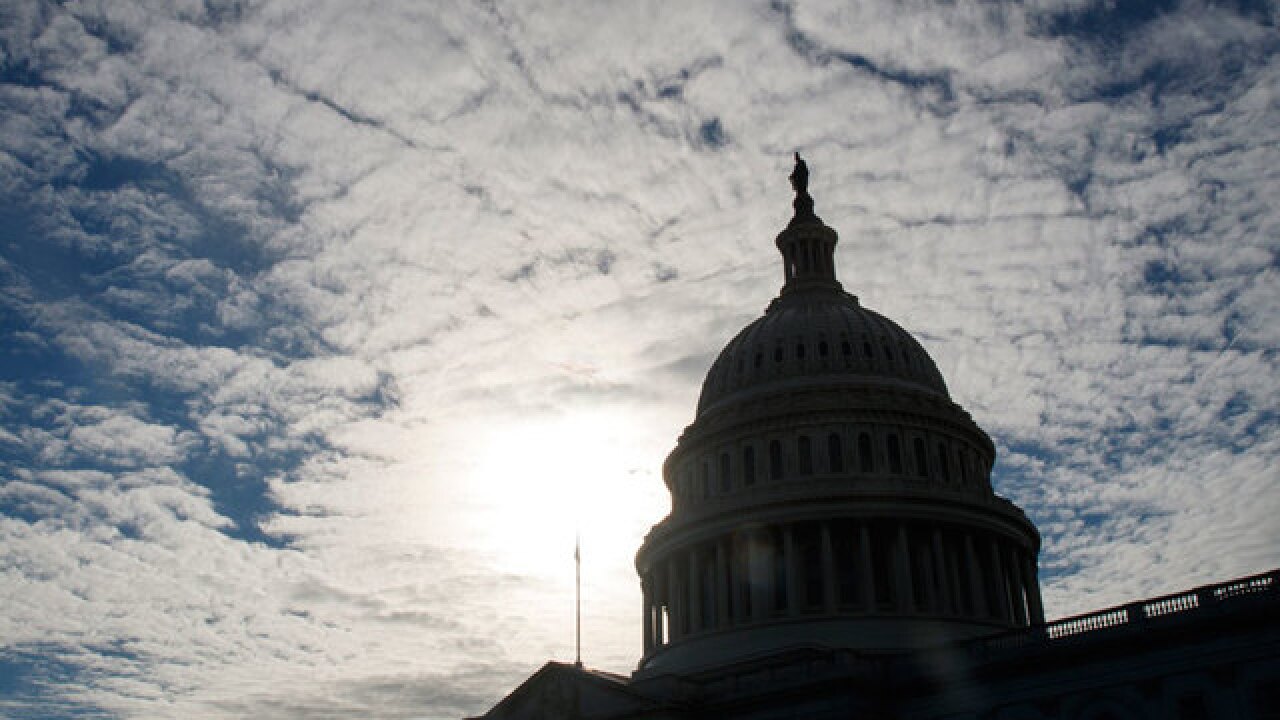 WASHINGTON (AP) — Newly ascendant Democrats are promising congressional action on gun control amid a rash of mass shootings, including a late-night assault at a California bar that killed 12 people.

Measures including expanded background checks and a ban on assault-style weapons are likely to reach the House floor when Democrats retake control after eight years of Republican rule.

"The American people deserve real action to end the daily epidemic of gun violence that is stealing the lives of our children on campuses, in places of worship and on our streets," said Rep. Nancy Pelosi of California, the Democratic leader who is running for a second stint as House speaker.

Pelosi vowed to push for a range of actions to stem gun violence, including restrictions on high-capacity magazines and a measure allowing temporary removal of guns from people deemed an imminent risk to themselves or others.

The measures could win approval in the Democratic-controlled House next year but will face opposition from the Republican-controlled Senate and the White House, where President Donald Trump has promised to "protect the Second Amendment."

Still, gun control advocates believe they have the political momentum to make guns a central issue next year.

The political calculus on guns is changing, said Democratic Rep. Ted Deutch, whose Florida district includes the Parkland high school where 17 people were killed in February.

"We saw it start on Tuesday and we're going to see it accelerate in January," he said.

Gun control was a major issue even before the most recent shootings. Lawmakers debated action following the Parkland attack and a 2017 shooting in Las Vegas that left 58 dead, and ultimately took modest steps to boost school safety funds and improve compliance with the federal background check system for gun purchases.

The Democrats' new majority includes dozens of candidates who support gun control, including Lucy McBath in Georgia, whose 17-year-old son was fatally shot in 2012 and who made gun violence the centerpiece of her campaign

At least 17 newly elected House Democrats back stricter gun laws, including Jennifer Wexton, Abigail Spanberger and Elaine Luria in Virginia, who defeated incumbents backed by the National Rifle Association. In Colorado, Democrat Jason Crow beat GOP Rep. Mike Coffman, who received an A rating from the NRA and more than $37,000 in campaign contributions from the group.

"I do think there's new energy" on gun issues, even before the California assault late Wednesday night and an Oct. 27 shooting that killed 11 people at a Pittsburgh synagogue, said Kris Brown, co-president of the Brady Campaign to Prevent Gun Violence.

"Our base is worked up, and people are reacting in a positive way at the ballot box," said Brown, who campaigned with the three Virginia Democrats in the final week alongside a stream of volunteers. "A large number of folks showed up and knocked on doors and said they finally have a candidate who will do something about gun violence," she said.

Wexton, Spanberger and Luria all made gun violence a central issue in their campaigns — disproving the notion that gun control is a "third rail" of politics that Democrats should not talk about, Brown said. "We're finding candidates who aren't afraid to talk about this issue," she said.

McBath said her victory over Republican Rep. Karen Handel sent a strong message to the country. "Absolutely nothing — no politician & no special interest — is more powerful than a mother on a mission," she said in a tweet.

McBath, an African-American, became a spokeswoman for Everytown for Gun Safety after her son was slain at a Florida gas station by a white man angry over the loud music the black teenager and his friends had been playing in their car.

While encouraged by the election results, gun control advocates know that getting any kind of weapons or ammunition ban signed into law will be difficult if not impossible in the next Congress.

Republicans expanded their Senate majority Tuesday and Trump remains a favored ally of the NRA.

But if the House votes to approve gun control and a bill is pending in the Senate, "it's harder to ignore," Brown said. "We can keep the pressure on."

For years, GOP lawmakers thought they could avoid talking about gun control while accepting campaign contributions from the NRA and promoting an A rating from the group, he said. "They learned this week that just won't work anymore," Deutch said.