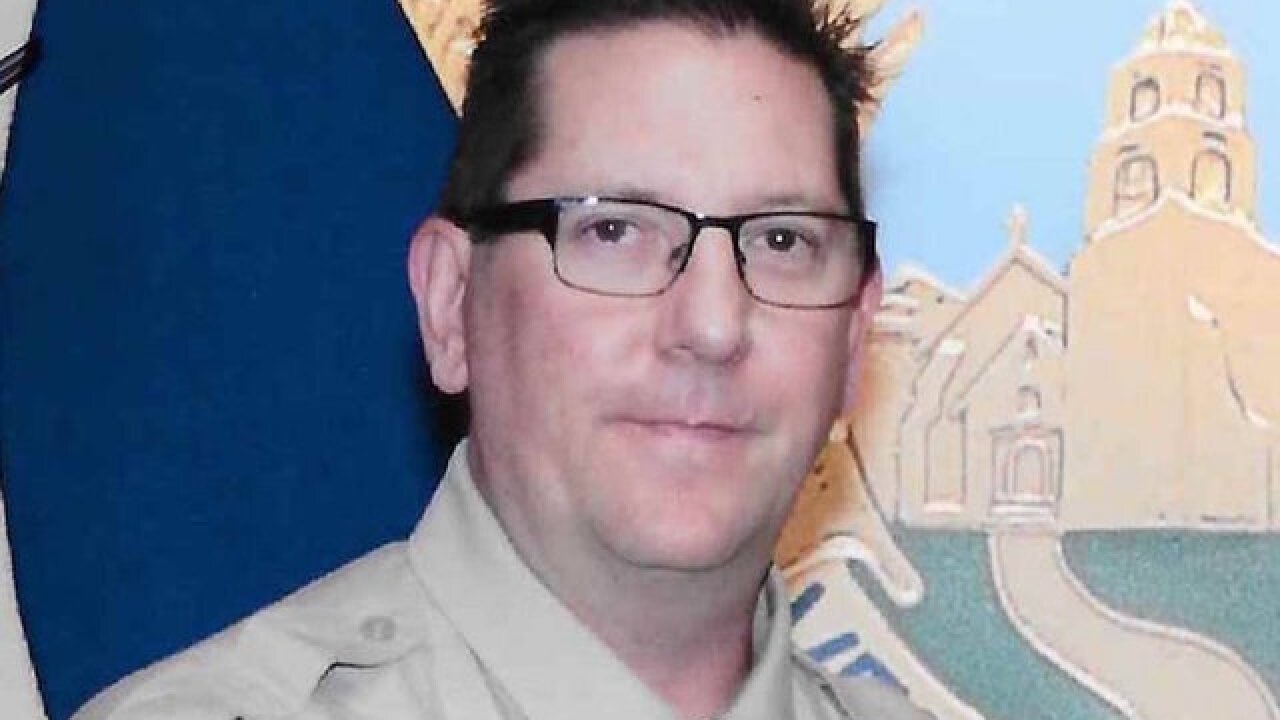 Copyright 2018 Scripps Media, Inc. All rights reserved. This material may not be published, broadcast, rewritten, or redistributed.
Ron Helus/Facebook
<p>Sgt. Ron Helus had been set to retire in the next year from the Ventura County, California Sheriff's Office when, responding late Wednesday to a call of a shooting, he entered the Borderline Bar & Grill.</p>

(CNN) - Sgt. Ron Helus had been set to retire in the next year from the Ventura County, California Sheriff's Office when, responding late Wednesday to a call of a shooting, he walked into the Borderline Bar & Grill.

It would be the last act of a 29-year law enforcement veteran described as hardworking and dedicated and, now, as a hero.

Helus was among the first officers through the door at the Borderline. He was shot several times as he tried to stop the rampaging gunman, who killed 11 others in the attack in Thousand Oaks, California, Ventura County Sheriff Geoff Dean.

"He went in to save lives, to save other people," Dean said of Helus, his voice breaking.

"He was totally committed, he gave his all," he said, "and tonight, as I told his wife, he died a hero."

Helus succumbed to his wounds at a hospital, police said. He is also survived by a son.

"It's so tragic losing Ron," Dean said. "We go to the gym together, work out together. it's horrific and terrible and it saddens our hearts."

"He went in there to save lives"

"I don't think there's anything more heroic than what he did," Buschow told CNN Thursday morning.

"He went in there to save lives. He took decisive action, and it's just a tragic loss for us," Buschow said.

Buschow said he and Helus started at the sheriff's department around the same time, about 29 years ago. Helus had worked some drug-investigation assignments and also had served many years on a SWAT team, Buschow said.

"This was in his blood. He had just a natural instinct for going after crooks, and he did it with enthusiasm, with a great deal of intelligence," Helus' colleague said.

"He loved spending time with his son," Buschow added. "They would go fishing up in the Sierras together. My heart goes out to his family -- I can't imagine what they're going through right now."