Most residents at a San Diego nursing home have COVID-19 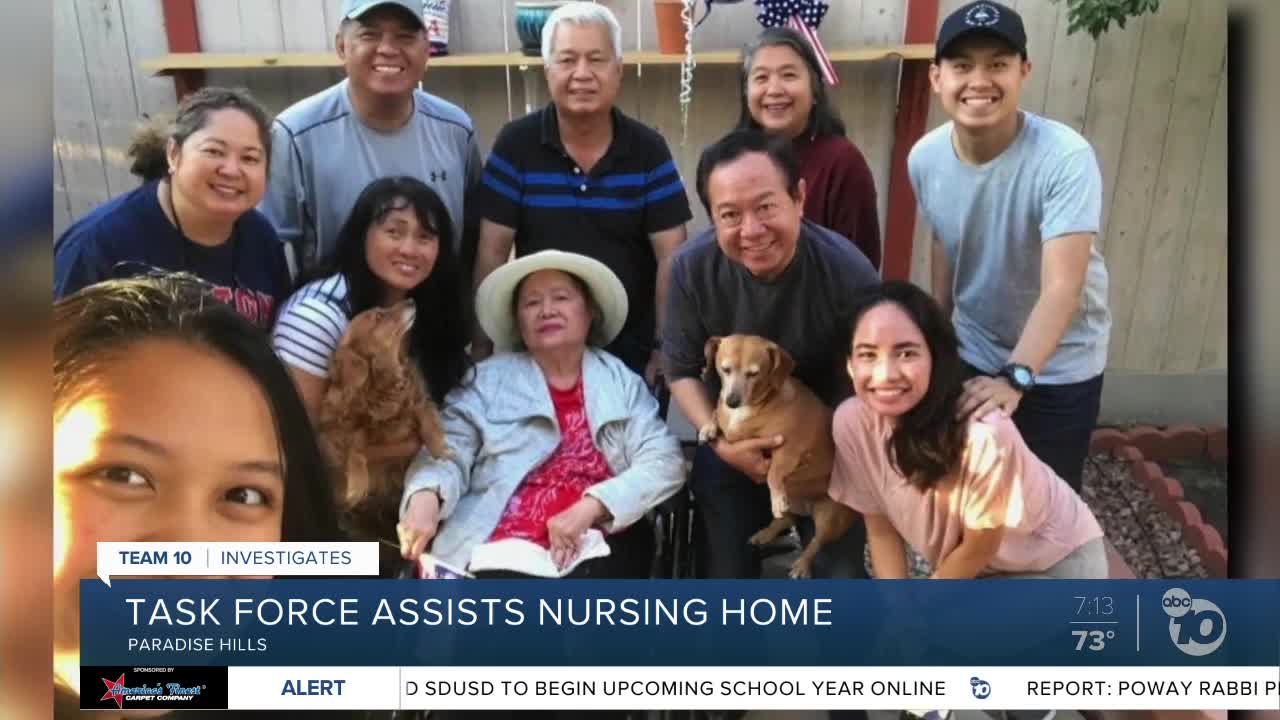 he majority of residents at Reo Vista Healthcare Center in Paradise Hills have COVID-19, according to officials with the facility. SAN DIEGO (KGTV) -- The majority of residents at Reo Vista Healthcare Center in Paradise Hills have COVID-19, according to officials with the facility.

Juanita Gomez was one of the residents who tested positive. Her son told Team 10 she passed away July 1st.

The state strike team assisted in expediting testing for residents and staff, White said. They have visited the facility three times.

Cesar Noriega’s 90-year-old mother also tested positive. She is currently in the hospital dealing with COVID-19 and other health related issues. “She’s not doing well. She’s in a lot of pain,” Noriega said. Noriega said he urged early testing at the facility, but his pleas for help went ignored. He is now trying to figure out where his mother can get care after she is released from the hospital.

“I’ve gone through elation, through depression, to anger… this is almost on a daily basis,” Noriega said.

White said “most of the individuals with COVID are experiencing mild or no symptoms.” 13 residents and 23 staff members have recovered.

“Our top priority remains the health and well-being of everyone in our facility,” White said.