San Diego and other counties allowed to have indoor concerts, private gatherings as virus cases plummet

For private events, events must require purchased tickets or have a defined guest list, a seating chart and assigned seating, testing and vaccination can increase capacity, and no intermingling of multiple private events.

Indoor seated live events and performances begin in the red tier as well, and are for in-state visitors only, require weekly worker testing, must offer only digital tickets in advance, and capacity limits starting at 10%. 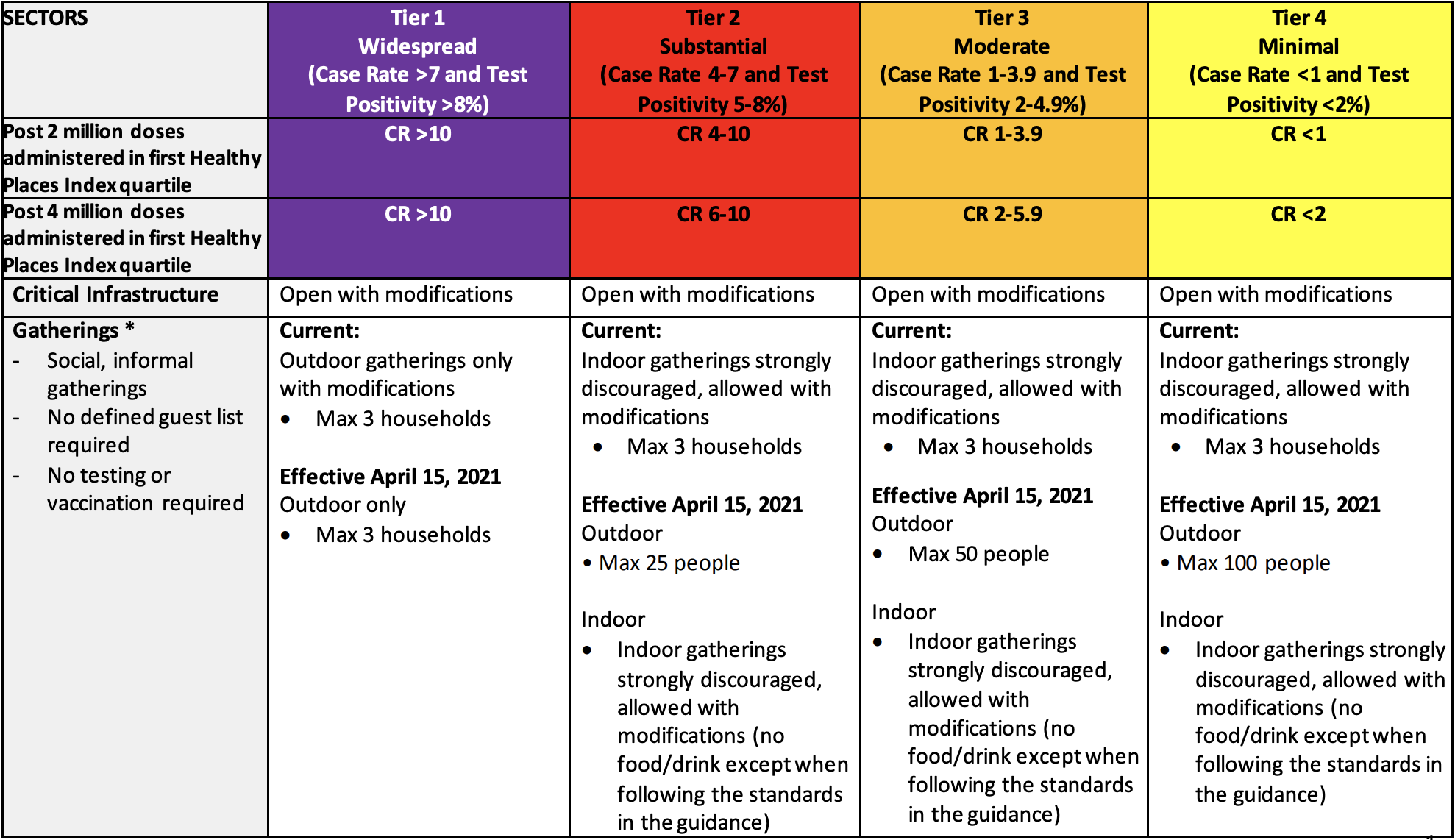 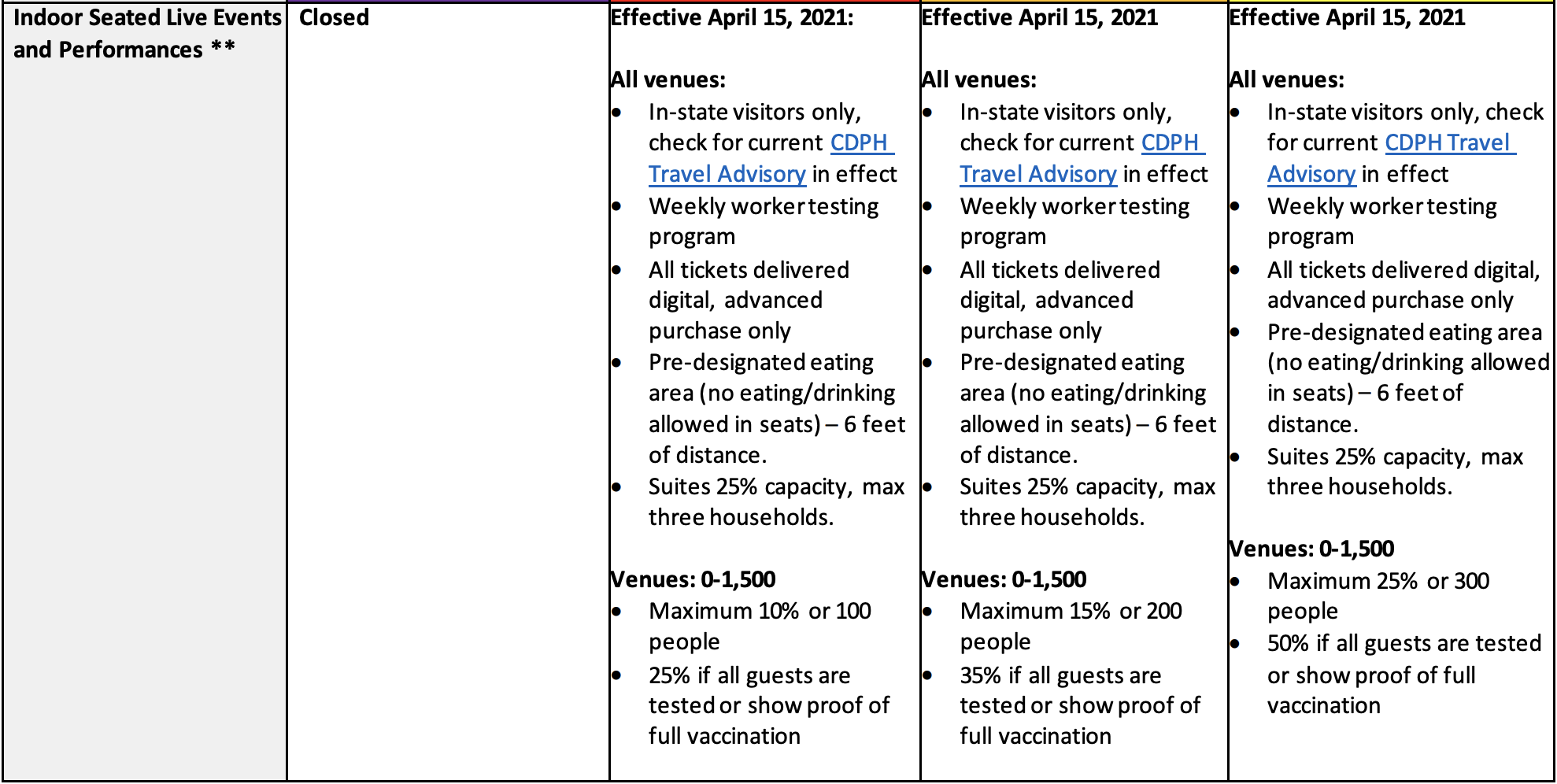