2 dead in crash that uprooted tree in Carmel Valley 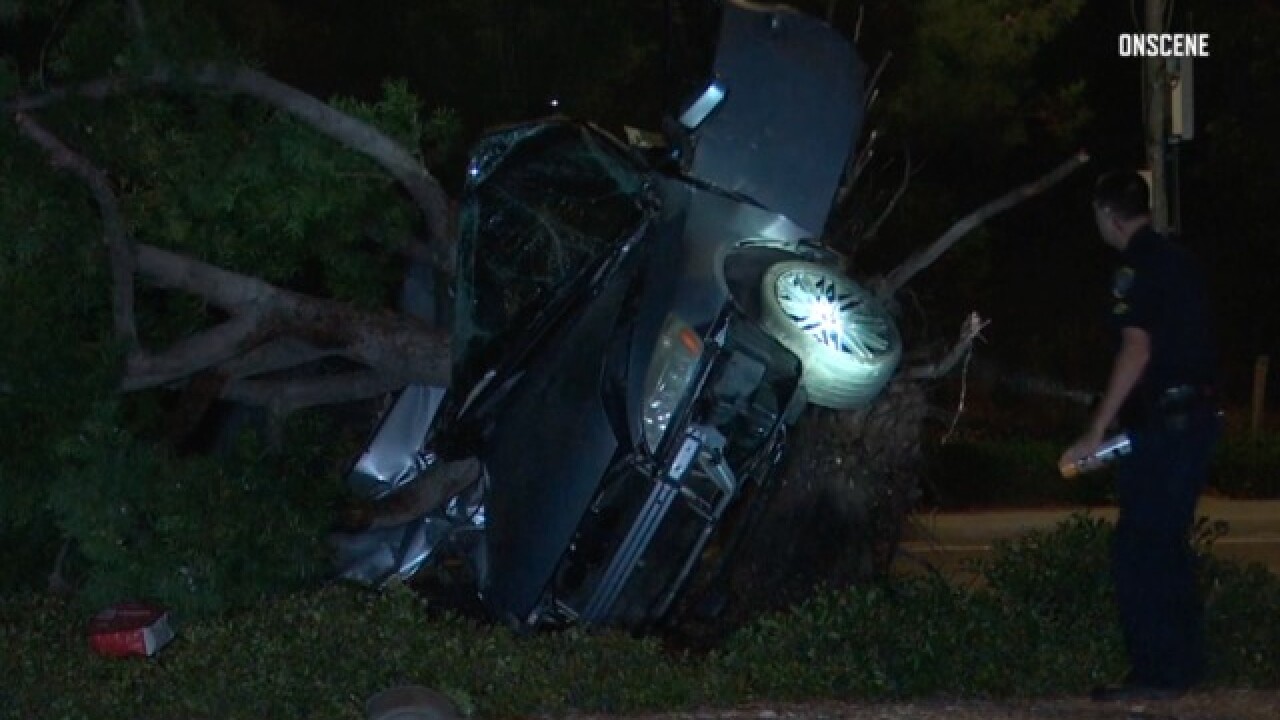 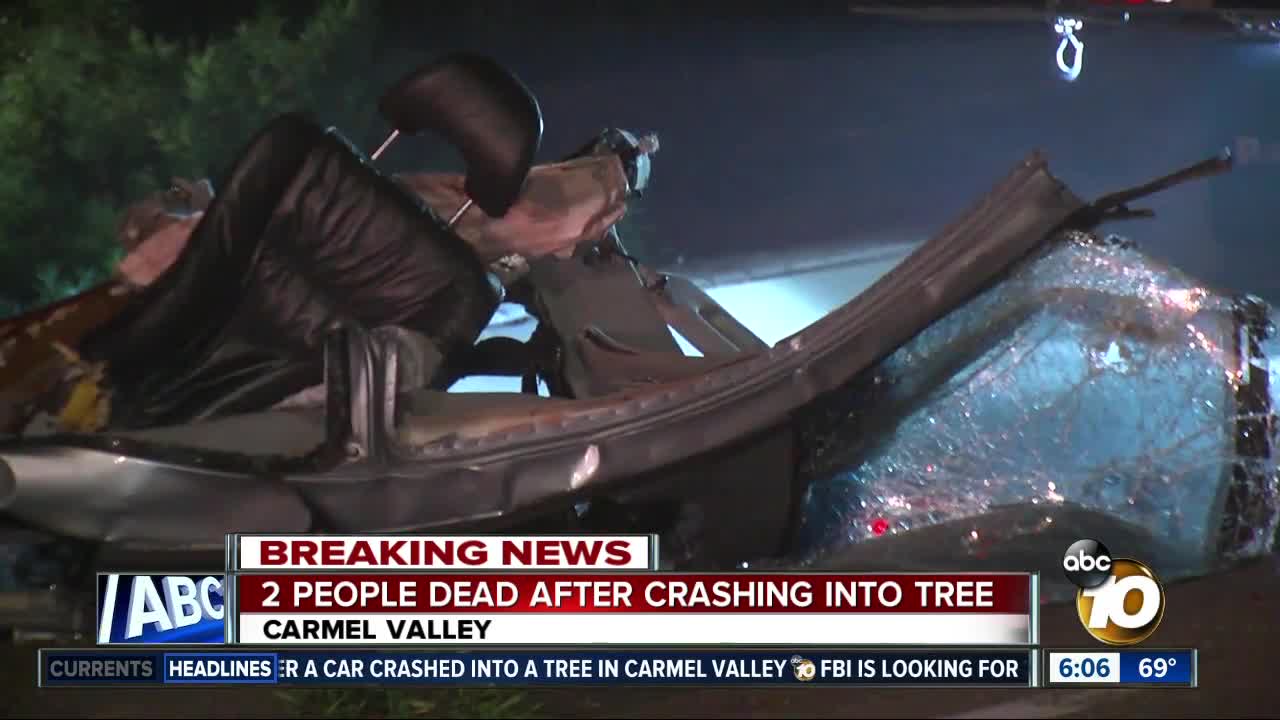 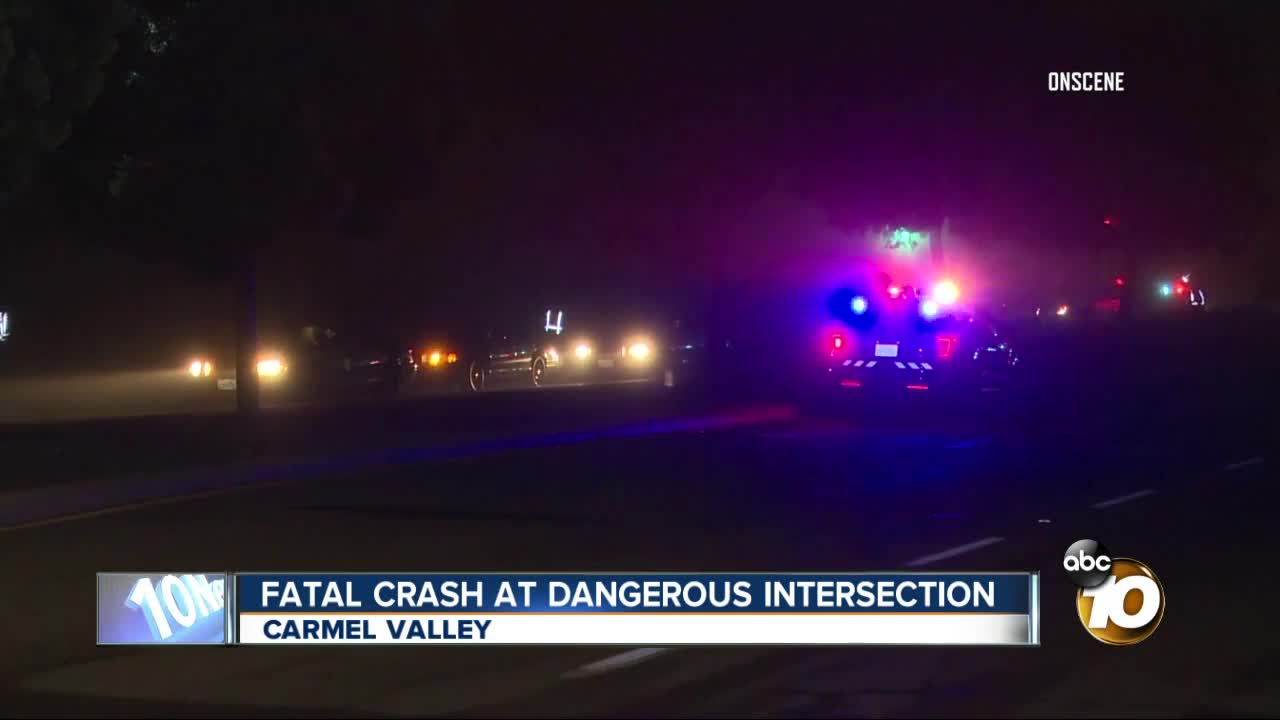 SAN DIEGO (KGTV) — Two men are dead after the vehicle they were traveling in collided with a tree in North San Diego County.

The crash occurred at about 1:30 a.m. Saturday on Carmel Valley Rd. at Torrey Del Mar Dr. Officers at the scene arrived to find a silver sedan wrapped around an uprooted tree. Police said they believe speed was a factor in the collision, and there was no indication the car tried to stop before the crash. The car appeared to have been traveling westbound at a minimum of 75 mph in a 50 mph zone, before striking the tree.

Not even eleven hours after the deadly crash, San Diego Police was back at the same location for another accident. At 11:45, a sedan crashed into a trash truck. While the occupants in the most recent crash survived, it's still upsetting for residents who were continually see the same problem.

The two men who died were not identified, pending the Medical Examiner's investigation and family notification. Police said it did not appear drugs or alcohol played a factor in the crash.