What to see, what to skip at Disneyland's 'Galaxy's Edge' 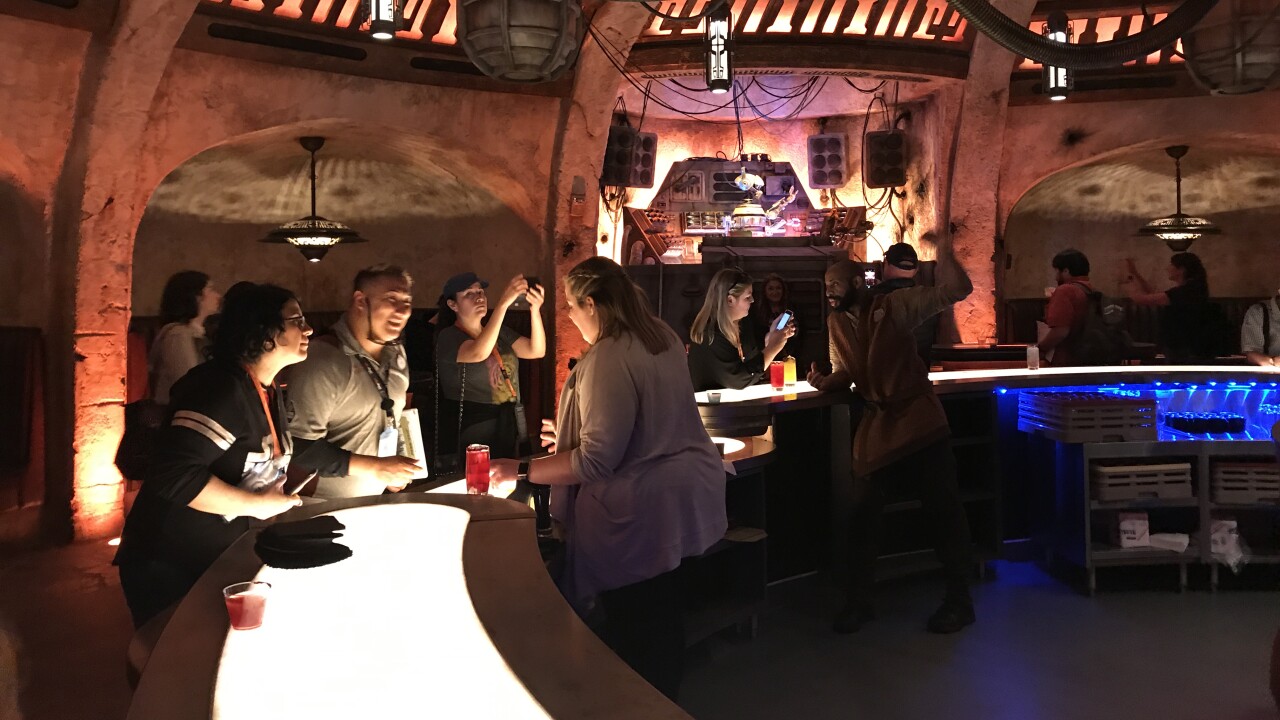 Copyright 2021 Scripps Media, Inc. All rights reserved. This material may not be published, broadcast, rewritten, or redistributed.
Allison Horn

Now that Disneyland's newest themed-land is opening to the public without a required reservation on June 24, it's more important than ever for guests to make the most out of their experience.

Between the main "Galaxy's Edge" attraction at the Millennium Falcon, all the food, and the immersive shop adventures, there's plenty to enjoy but also some things guests can skip on their visit to Black Spire Outpost.

See The Millenium Falcon: Smuggler's Run: The land's main attraction is a sight to behold on the outside and a total adventure on the inside. Walking through the ship's hulls to arrive at the vessel's main hold will induce goosebumps in fans. Then the ride itself gives fans the ability to become Han Solo and Chewie, controlling the Falcon through a dangerous, exciting smuggling mission. As an added bonus, the results of your ride will give you a reputation — good or bad depending on the outcome — through the rest of the land.

Skip Savi's Workshop: While the thrill of crafting your own lightsaber is something fans have dreamed of since Luke Skywalker picked up the sword, it may deter fans to know you'll need a reservation to do so at first. Savi's Workshop gives the immersive feel of becoming a Jedi or Sith, so much that Disneyland considers it an attraction itself. But, because of the reservation and price point to craft a saber ($200), fans may want to sit this one out during their initial visit.

See Oga's Cantina: Another immersive experience that will require a reservation at "Galaxy's Edge" is Oga's Cantina. While that may chase some fans away, the thought of rubbing elbows with the galaxy's most nefarious in a galactic cantina is sure to entice many. Inside, wild concoctions — both alcoholic and non-alcoholic — and bites await guests while Rex the droid DJ (DJ-R3X) spins tunes along the wall. It's one of the wildest sights and smells around Batuu.

RELATED: How Disneyland's 'Galaxy's Edge' will work without reservations — at first

Skip the food: While eating like a local is traditional for any visit to a foreign place, Batuu's cuisine can be skipped. While the exotic flavors are used to create some creative dishes, the price to dine throughout Batuu for the day can add up. Save some cash by eating beforehand or after your visit. But there is one thing to try...

See the blue/green milk: It's a little thing, so the price won't leave blaster marks on your wallet or purse, but it's oddly fun. Blue and green milk doesn't have a big legacy carved out in Star Wars lore, but the opportunity to drink like Luke Skywalker (and a delicious drink, at that) keeps you refreshed and content while traveling the outpost.

See Droid Depot: Even if you don't construct your very own droid at Droid Depot (though you should because it's immensely satisfying), walking through the shop is quite the thrill. Droids dot the walls as if thrown there to collect dust, while parts used for the custom building process roll through a conveyor belt. A life-size R2-D2 is available for purchase — an eye-popping $25,000 — but smaller versions are available to purchase as well. For fans who grew up watch R2 and C-3PO steal scenes, the Droid Depot is a must visit.