Brews outside Petco: Breweries to visit before, after the ballgame downtown 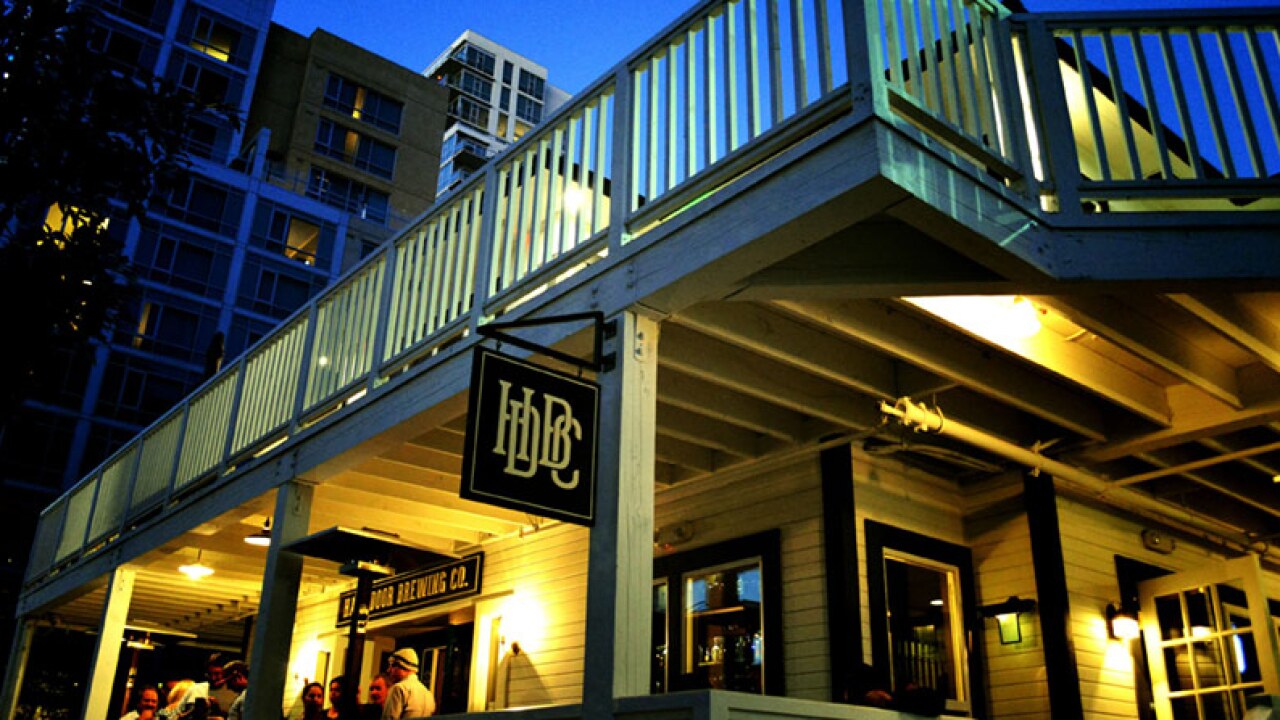 But sometimes, it can get costly making the rounds at the ballpark for your favorite brews. Thankfully, San Diego breweries can be found all around downtown, perfect for a pregame or postgame trip.

Many of the ballpark's neighboring breweries also provide a taste of something you can't find at the game.

Stick close to Petco Park and you find Half Door Brewing, Duck Foot Brewing Company, and Mission Brewery. But if you're willing to take a walk further, you'll find other local favorites downtown, like Karl Strauss, Ballast Point, Border X, and more.

Here's a look at some breweries to check out near Petco Park:

Half Door Brewing (903 Island Ave.): Not far from Petco Park, Half Door serves up some delicious dishes like Ahi tacos, burgers, and more in addition to its Back At It IPA, Dad Bod brown ale, and others in a pub-style house.

Duck Foot Brewing Company (550 Park Blvd.): In addition to year round offerings like Goofy Regular and Plushberry IPA, Duck Foot Brewing also has a full menu for families to choose from, making the stop great before or after a game downtown.

Mission Brewery (1441 L St.): Perfect for the family with dog also allowed on site, Mission Brewery offers daily specials and, since there's no in-house food, allows guests to bring in their own food — if you want to mix and match your meal.

10 Barrel Brewing (1501 E St.): Not only can you enjoy 10 Barrel's 20 beers brewed on site like Apocalypse IPA, Joe IPA, and Out of Office pilsner, but you can from their East Village rooftop tap room.

Iron Fist Brewing (1985 National Ave.): In neighboring Barrio Logan, Iron Fist Brewing beers can be found at Petco Park, but why not enjoy thier Counter Strike IPA, Summer City, or Renegade Blonde brews right from the brewery — complete with a view of the Coronado Bridge and close to the murals of Chicano Park.

Karl Strauss Brewing Company (1157 Columbia St.): Everything from Karl Strauss' core lineup to their small batch and limited release brews, as well as specials and a menu that includes beer pairings every month.

Ballast Point Little Italy (2215 India St.): Ballast Point's Little Italy stop is similar to other BP points around the county, complete with a bevvy of delicious options with more than 50 brews on tap, a full wine list, and dishes to pair.

Bolt Brewery (1971 India St.): A corner fixture in Little Italy, Bolt Brewery has at least 25 of its signature core and seasonal beers on tap along with special menu options during breakfast and lunch.