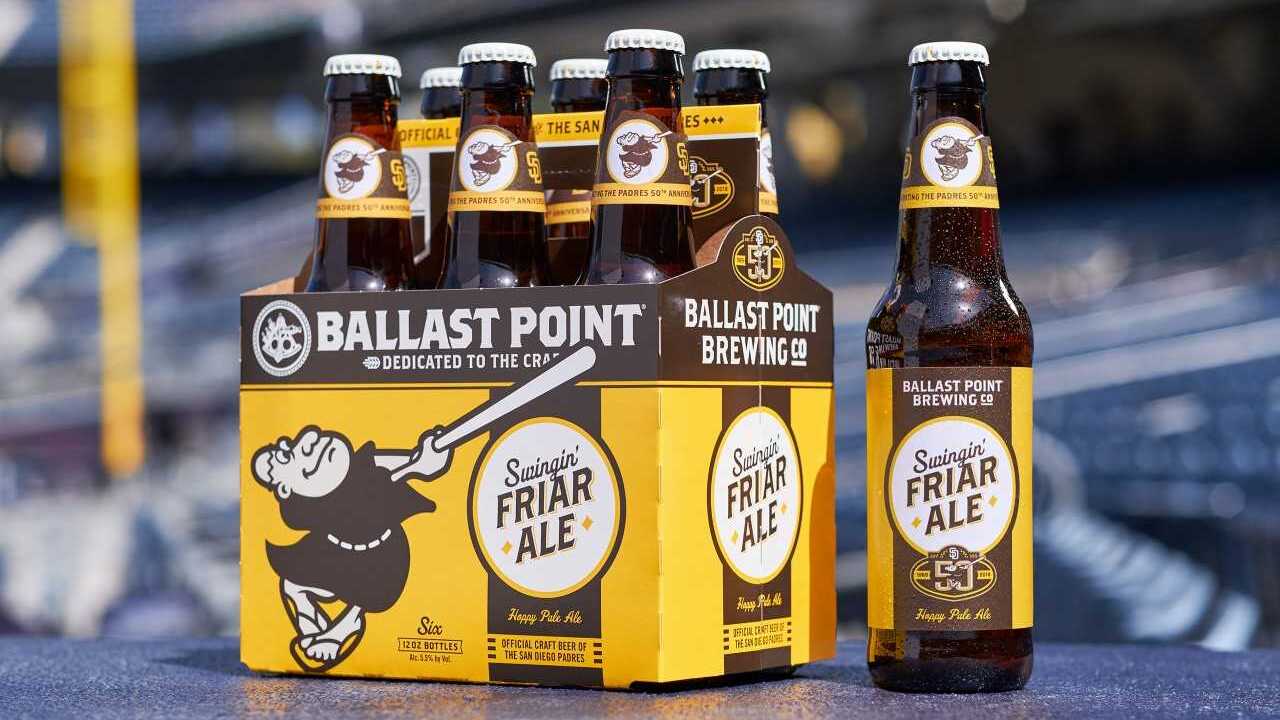 The Padres unveiled the beer Monday at the brewery's Miramar location.

Swingin' Friar Ale is an exclusive beer to honor the team’s 50th anniversary in America’s Finest City and will be available year-round. Fans of the brown and gold color scheme will enjoy the packaging on the six packs, Ballast Point said.

The Simcoe hopped pale ale has aromas of grapefruit and citrus complemented by a crisp, biscuity finish, Ballast Point said.

“In developing Swingin’ Friar Ale with the Padres, we all agreed we wanted to brew an easy-drinking beer that’s perfect for the ball game but still packs the hops San Diego is known for,” Ballast Point VP of Brewing James Murray said. “Ballast Point has called San Diego home for more than 20 years and proudly supports the hometown team.”

“When we considered a local craft partner to collaborate with on the Padres first-ever co-branded beer, Ballast Point was a perfect fit given our long-standing partnership and their 20-plus years of brewing and distributing award-winning craft beer throughout San Diego,” said Erik Greupner, President of Business Operations for the San Diego Padres. “The occasion of our 50th anniversary this season was a meaningful time to launch this new beer and offer Padres and Ballast Point fans an opportunity to enjoy the beer and celebrate with us at Petco Park and throughout San Diego.”

Even before the first pitch, the Padres are reporting the earliest sell out for Opening Day, Mar. 28, in recorded history, with All Star Manny Machado generating excitement for the team.

San Diego’s craft beer industry will be celebrated at BeerFest on Friday, May 11 at the ballpark. Ticket holders can enjoy beer specials for $5 and live music in Park at the Park.