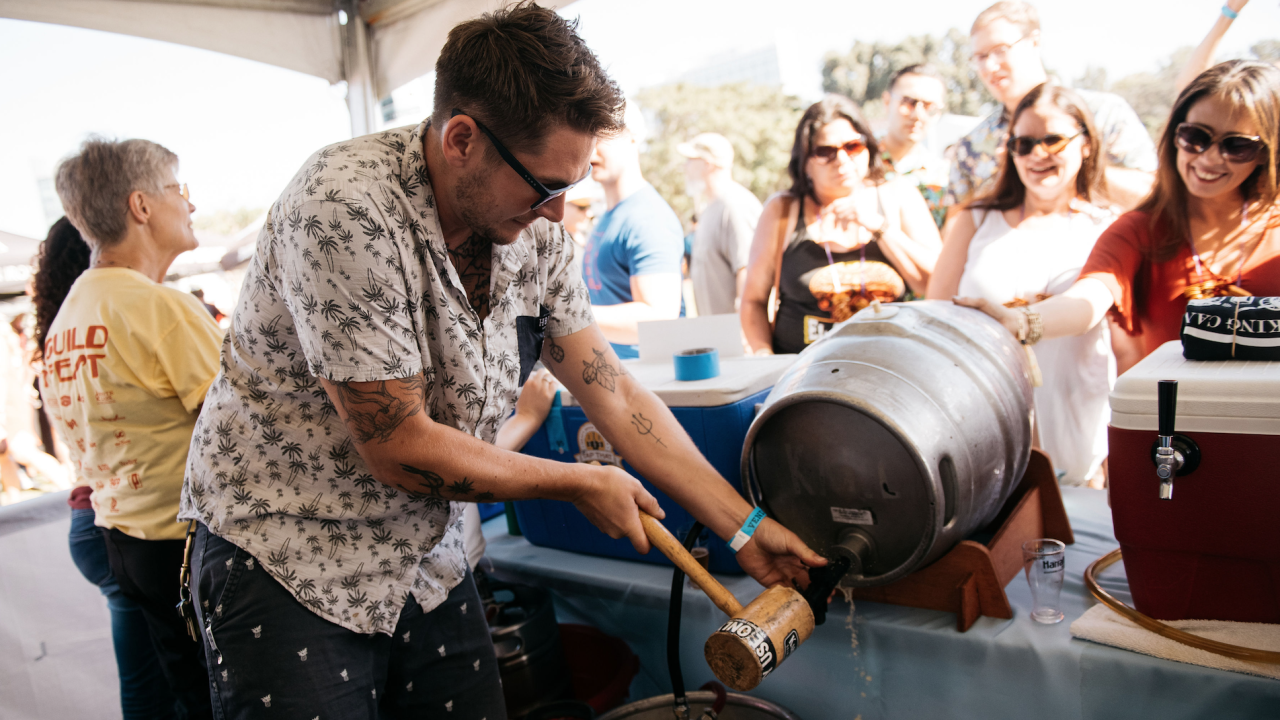 Beer Week officially kicks off during Guild Fest, which benefits the San Diego Brewers Guild and I Love A Clean San Diego. Attendees are treated to unlimited tasters from more than 60 San Diego County breweries. The week's end comes with a beer garden in Torrey Pines featuring beers paired with delicious eats by local chefs.

The week will also see the release of a special "2019 Capital of Craft IPA," a 7.3% west coast-style IPA that's brewed and bottled for release throughout the county. According to the Brewers Guild, this year's recipe was a collaboration between eight local breweries.

To help attendees travel safely, Lyft has partnered with SDBW by offering two 20% discounts to and from any event using the code "SDBW19" in the mobile app.

San Diego's love for beer goes beyond special beers and parties. As the Guild points out, craft beer has become a staple industry in San Diego, providing $1.2 billion in economic impact and boasting about $848 million in revenue. Since 2016, craft beer's economic impact has climbed 34%.

Confidence in beer is also high, according to a recent report. San Diego's craft beer confidence index sat at 91, which includes how experts feel about barrelage production, distribution, employment, and capital expenditures.

The majority of San Diego's breweries sit in central San Diego, where drinkers can find 55% of the county's brewers. North County hosts the next largest percentage with 32.5% of breweries, followed by East County with 8.1%, and the South Bay with 4.4%.

But those percentages could change, as the South Bay pushes for more breweries as part of the "South Bay Uprising" campaign.

California has the highest number of craft breweries in the U.S., with more than 900 breweries as of January 2019. Those breweries produced about 3.4 million barrels of beer in 2018.

And while we don't exactly know what San Diego drinkers favor, nationwide, IPAs lead with 25.2% of the market share. Belgian white brews command 20.6% of the market, followed by other styles (14.5%), seasonal beers (13.6%), and lagers (11.1%), the report above suggests. Pale ales, fruit, and amber ale beers made up the rest of the country's segmentation.