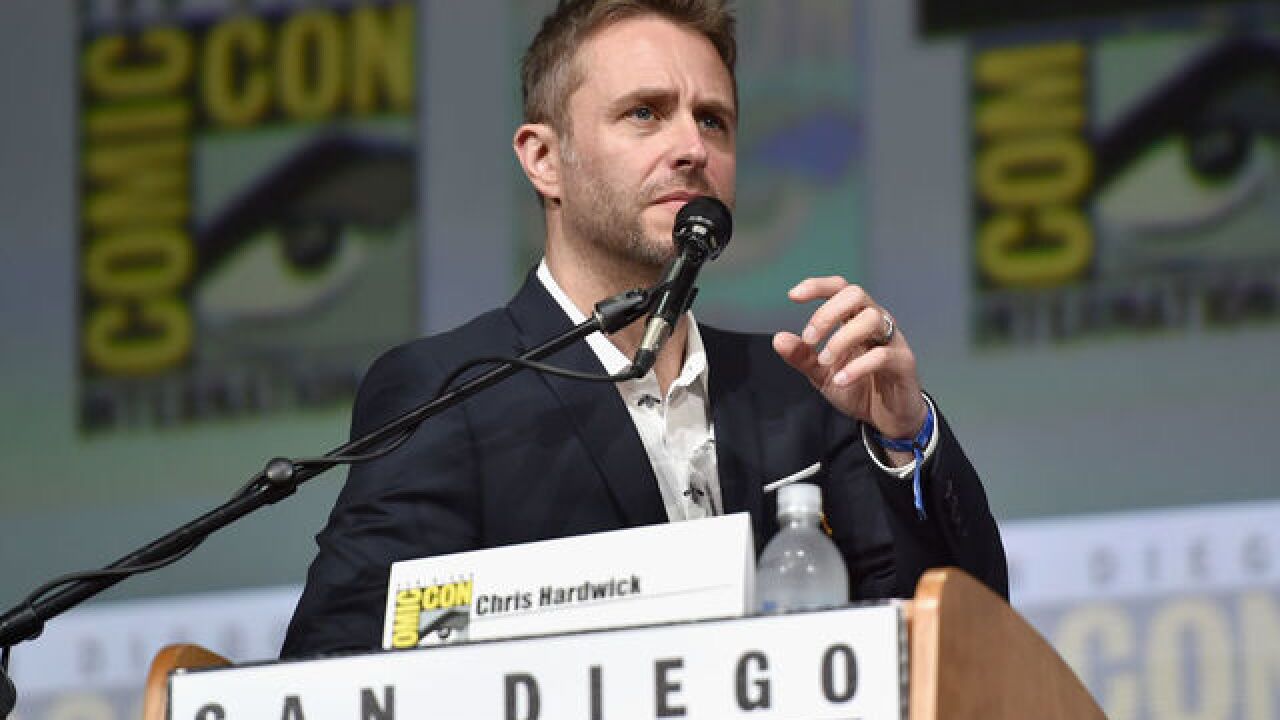 SAN DIEGO (KGTV) - Comedian and television host Chris Hardwick has been pulled from KAABOO Del Mar and San Diego Comic-Con schedules, a day after abuse allegations surfaced against him.

The summer music and arts festival in Del Mar released a statement following a Friday article claiming Hardwick has been physically and emotionally abusive toward his ex-girlfriend Chloe Dykstra:

"We have made the decision to pull Chris Hardwick from the KAABOO Del Mar 2018 comedy lineup following detailed accusations of substantial abuse. KAABOO is an experience dedicated to providing a safe community and fostering an inclusive environment for all of our guests, performing artists and comedians, chefs, visual artists and team members. KAABOO does not condone, and will not tolerate, any type of abusive behavior or harassment."

Later Saturday, in a statement to 10News, AMC said they had pulled Hardwick from moderating any of the network's San Diego Comic-Con panels, including BBC's "Doctor Who" panel.

While the network takes time to "assess the situation," scheduled "Talking with Chris Hardwick" episodes would not air either:

“We have had a positive working relationship with Chris Hardwick for many years. We take the troubling allegations that surfaced yesterday very seriously. While we assess the situation, ‘Talking with Chris Hardwick’ will not air on AMC, and Chris has decided to step aside from moderating planned AMC and BBC America panels at Comic-Con International in San Diego next month.”

Dykstra's article appearing on Medium chronicled what she called years of abuse, including sexual assault, by her former boyfriend. Dykstra never specifically named Hardwick, instead referring to her ex as a someone who went from a "mildly successful podcaster to a powerhouse CEO of his own company."

Shortly after the article published, Hardwick issued a statement to Deadline denying he ever sexually assaulted Dykstra:

“These are very serious allegations and not to be taken lightly which is why I’ve taken the day to consider how to respond. I was heartbroken to read Chloe’s post. Our three-year relationship was not perfect—we were ultimately not a good match and argued—even shouted at each other—but I loved her, and did my best to uplift and support her as a partner and companion in any way and at no time did I sexually assault her."

Dykstra said she endured restrictions on her appearance, speaking, and having male friends during their three-year relationship. The actress says her relationship with her ex-boyfriend included several instances of emotional and sexual assault.

She also claimed that after she left her ex, he and a female colleague set out to destroy her career.

"Because of my leaving him for someone else, he made calls to several companies I received regular work from to get me fired by threatening to never work with them. He succeeded. I was blacklisted. With the assistance of a woman who’d gained my trust and my heart over the past year, he steamrolled my career," Dykstra wrote.

The allegations soon prompted Nerdist.com, the website Hardwick founded, to distance themselves from him by scrubbing his name and references from their website:

"Chris Hardwick had no operational involvement with the Nerdist for the two years preceding the expiration of his contract in December 2017. He no longer had any affiliation with Legendary Digital Networks. The company has removed all reference to Mr. Hardwick even as the original founder of Nerdist pending further investigation."

KAABOO Del Mar has not said what comedy act will replace Hardwick's set, which was scheduled for Friday, Sept. 14. A replacement act "will be announced shortly," according to the festival.

The host of the popular AMC's "The Walking Dead" aftershow, "Talking Dead," Hardwick has been a regular at San Diego Comic-Con International and routinely performed moderating duties for many of their shows.