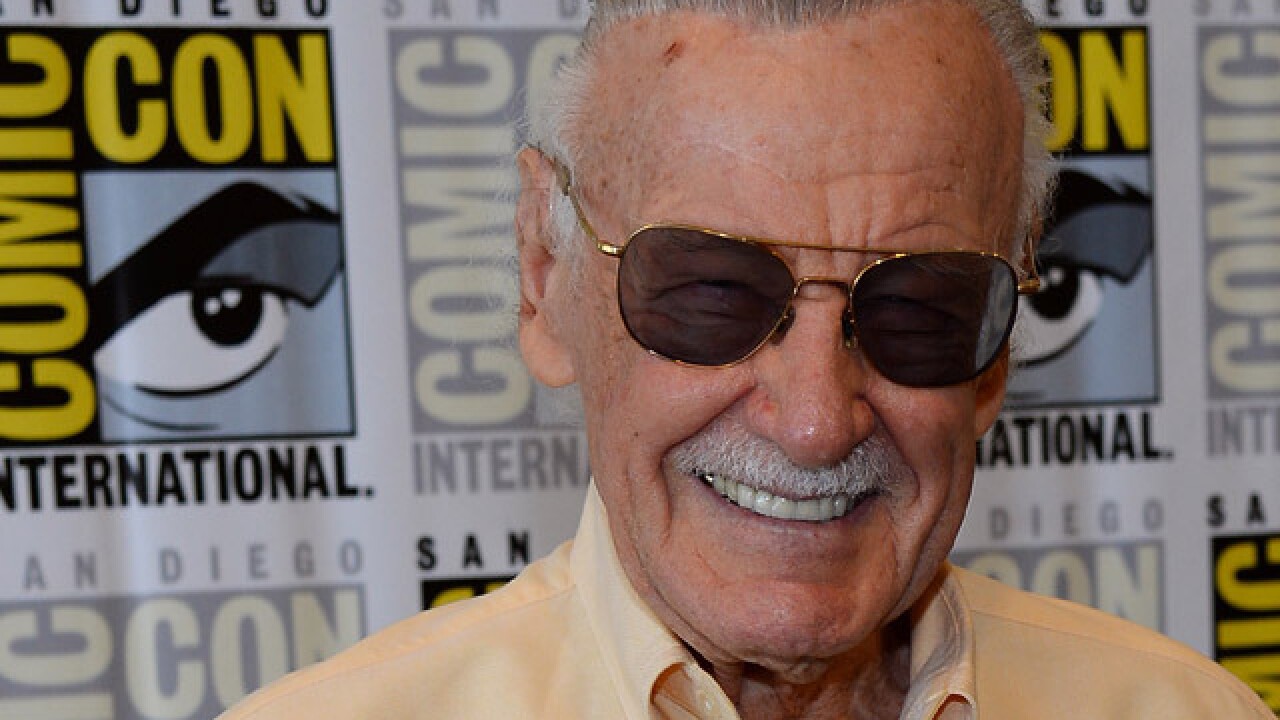 LOS ANGELES (CNS) - Questions surrounding the business affairs of comic book legend Stan Lee escalated Wednesday when he obtained a temporary restraining order against the man he insisted just days ago was his sole partner and business manager.

The 95-year-old Lee, the man behind characters such as Spider-Man, the Fantastic Four, Iron Man and Black Panther, requested the order against Keya Morgan. The court documents allege in part that Morgan has isolated Lee from his family and other associates, moving him out of his home earlier this month and into a condominium.

"The respondent Keya Morgan, a memorabilia collector who inserted himself into Mr. Lee's life as his caregiver following the passing of Mr. Lee's wife in July 2017, took control of Mr. Lee's home on Feb. 15, 2018," according to the court documents filed on Lee's behalf by attorney Tom Lallas. "He hired a security team and made household decisions.

"... Petitioner, along with law enforcement and Adult Protective Services, believes that Mr. Morgan is unduly influencing Mr. Lee and isolating him."

The filing appears to mark a sharp reversal of fortunes for Morgan, whom Lee lauded in a video posted on Twitter on Sunday as "my only partner and business manager."

"I just want to go on the record as saying I have only one partner, only one person who does represent me, and that's Keya Morgan," Lee said on the video. "Anybody else who claims to be my rep is just making that story up. ... The two of us work together and are conquering the world side by side."

My only partner and business manager is @KeyaMorgan not all the other people making false claims. pic.twitter.com/JKUT1BZNI7

In response to the video, Morgan wrote, "Thank you Stan. Knowing you is one of the greatest honors of my life."

Speaking to the website TMZ, Morgan said Wednesday he thinks Lee's daughter is behind the filing.

Thank you Stan. Knowing you is one of the greatest honors of my life. Like Michael Jackson use to always tell us, "Stan is the greatest writing genius alive and the psyche of children around the world" Love you brother ❤️🙏

"This is a witchhunt by his daughter and her lawyer against me because she cannot stand the fact Stan likes me so much," he said. "I will 100 percent prove beyond a shadow of a doubt that the allegations against me are false. And I will definitely take legal action against anyone who is making up these lies. The truth will come out."

A judge granted the temporary restraining order, and a hearing on a request for a permanent injunction against Morgan was set for July 6.

Morgan was arrested by Los Angeles police Monday on suspicion of filing a false police report. According to the court papers filed Wednesday, law enforcement and Adult Protective Services officials went to Lee's home on May 30 to perform a "welfare check." When Morgan arrived at the home and security guards refused to let him in the home while Lee was being interviewed, he "made a false 911 call, claiming that there were three unidentified burglary suspects in his 95-year-old friend's home who had locked everyone out of the house," according to the court papers.

Later that night, he called 911 again, accusing a security guard at the home of assaulting him and Lee with a deadly weapon, according to the court documents.

Morgan was released Monday night on $20,000 bail, according to jail records.

Lallas wrote in the court documents that a protective order against Morgan was issued when he was arrested Monday, but that order was set to expire at 5 p.m. Wednesday, necessitating the restraining order request.

Questions have circulated for months about Lee's well-being and the management of his affairs. In May, Lee filed a billion-dollar lawsuit against POW! Entertainment, the company he co-founded, alleging company officials had conspired to steal his identity, image and likeness and negotiated a sham sale of the firm.

The suit claims the company took control of Lee's personal social media accounts and was impersonating him online.

In April, POW! Entertainment issued a statement expressing concern for Lee's well-being, amid reports that Lee was the victim of elder abuse.

"We at POW! Entertainment take great pride in our continuing work to create exciting new Stan Lee content and characters as well as safeguarding the legacy of the greatest story teller of our time," according to the statement. "We are also fans and share the heartfelt admiration and love of the community who have voiced their sincere concern for Stan's well-being.

"... We, like you, simply want Stan to enjoy life, connect with his fans when he is able, and most importantly spend his time going forward without impediment or stress. One thing we know for certain is when something is off, the fans bond together. We are touched by the outpouring of love for our Chief Creative Officer and friend, and we proudly stand with you for Stan."

A Hollywood Reporter investigation published in April suggested that Lee was at the center of a battle being waged by various factions competing for control over his life and business, including Morgan, Lee's daughter and his former publicist and road manager.