MAP: Where to find your favorite San Diego Comic-Con exhibit 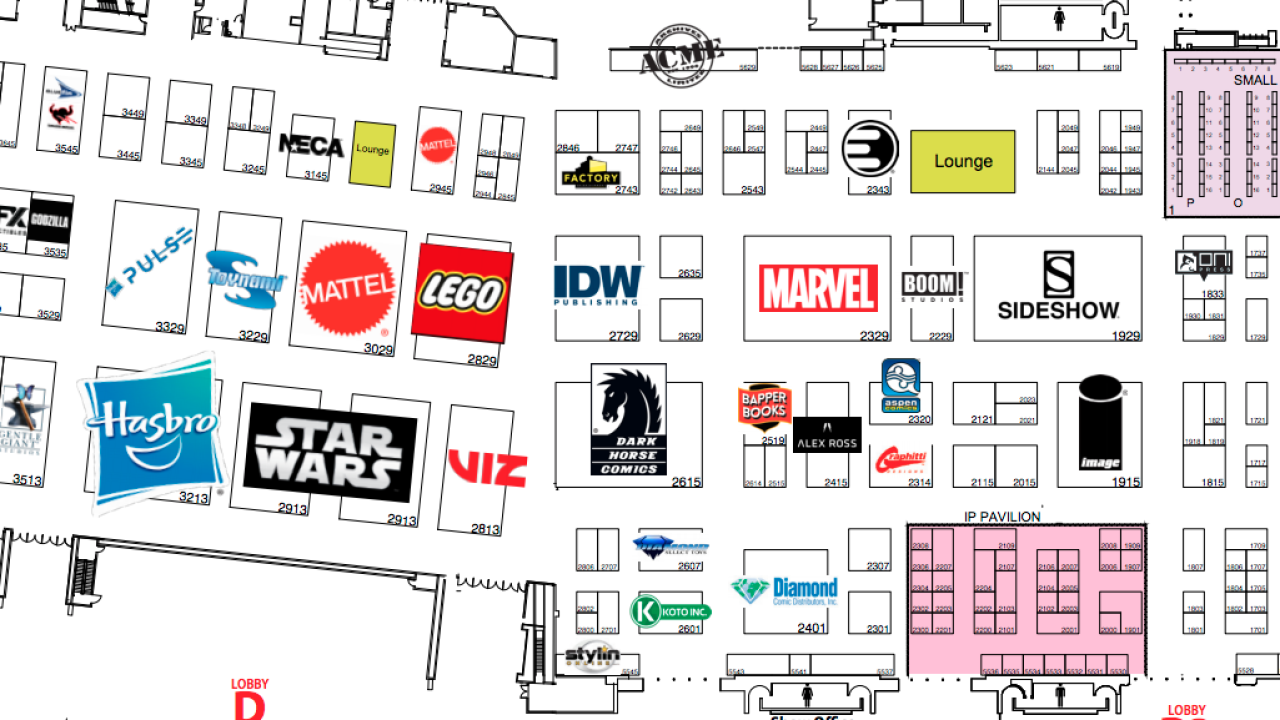 SAN DIEGO (KGTV) — San Diego Comic-Con has released their guide to the hundreds of vendors that will showcase comics, collectibles, TV and films, and more across the convention center.

SDCC's map of the exhibitor floor has been posted, showing where fans can check out Marvel, DC, Star Wars, and much more.

Starting from the left side of the convention floor, guests will run into Artists' Alley, where illustrators and artists will be on hand for autographs, artwork commissions, and meet-and-greets with fans.

Click to bring up a larger view of the map

Funko, which will see tons of collectors looking for exclusive toys, will hold down the back left corner of the hall, alongside Warner Bros. and DC.

Heading right from there, fans will run into the ABC, Netflix, FX, and Nickelodeon booths for their TV and film content.

In the center of the exhibition floor, Lego, Mattel, and Hasbro will welcome in more collectors in search of toys and exclusive convention merchandise.

Marvel and Star Wars will also have their own massive spots in the center of the floor to highlight their gear and upcoming content for fans.

On the right side of the floor, fans can find numerous comic book stalls, ranging from new creations to classic stories. And all the way at the end of the hall, Nintendo, Ubisoft, Blizzard, and Capcom will set up their video game offerings for fans.

But that's all just a sample of the exhibitions to be enjoyed on the floor. For a full list of exhibitors at SDCC, click here for lists.