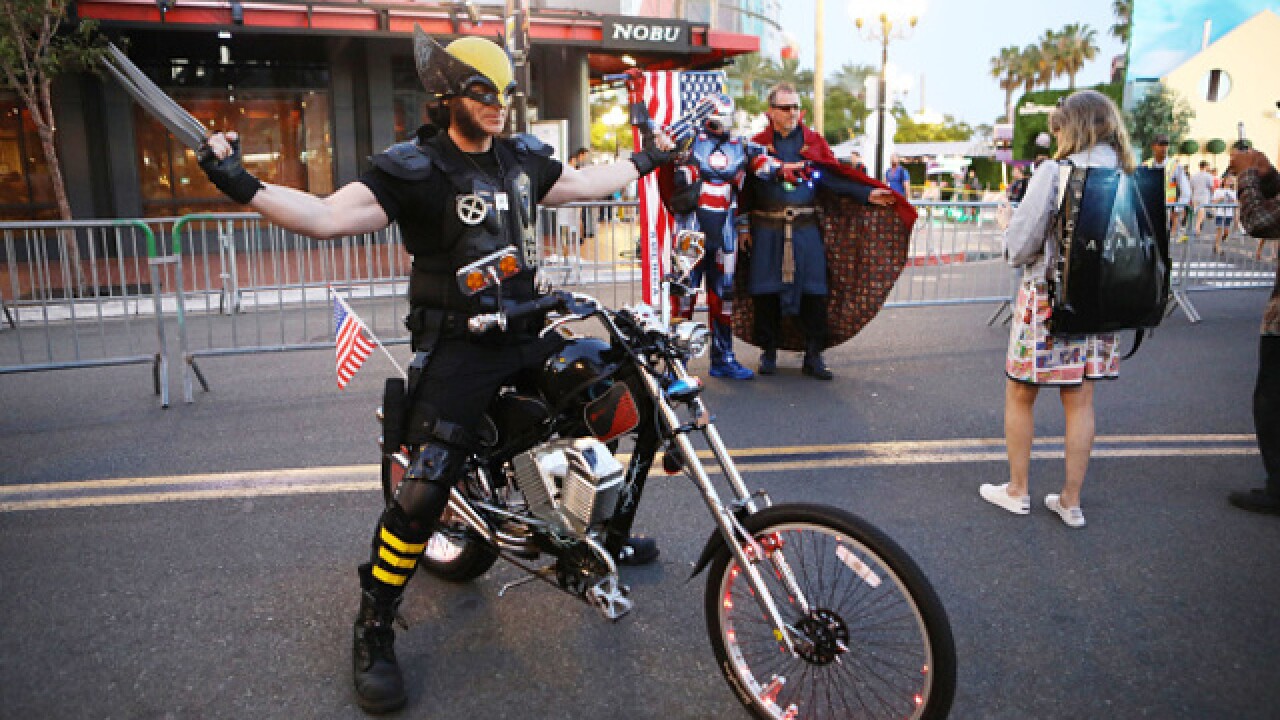 Copyright 2018 Scripps Media, Inc. All rights reserved. This material may not be published, broadcast, rewritten, or redistributed.
Mario Tama
SAN DIEGO, CA - JULY 19: Cosplayers pose outside San Diego Comic-Con on July 19, 2018 in San Diego, California. Thousands of revelers are arriving for the festivities at the annual comic and entertainment convention. (Photo by Mario Tama/Getty Images)

Harbor Drive will be closed to all traffic between First Avenue and Park Boulevard from 3-10 p.m. July 17, 7 a.m. to 10 p.m. July 18-20 and 7 a.m. to 8 p.m. July 21. The closure will affect all non-foot traffic, according to the convention center, including cars, bikes, skateboards and dockless bikes and scooters.

"This convention is a global, pop-culture phenomenon," said convention center president and CEO Clifford Rippetoe. "It's by far the largest event we hold all year. And for that reason, we've collaborated with our partners at the city of San Diego and the Port of San Diego to ensure that attendees have a great experience and that the public maintains access to the waterfront."