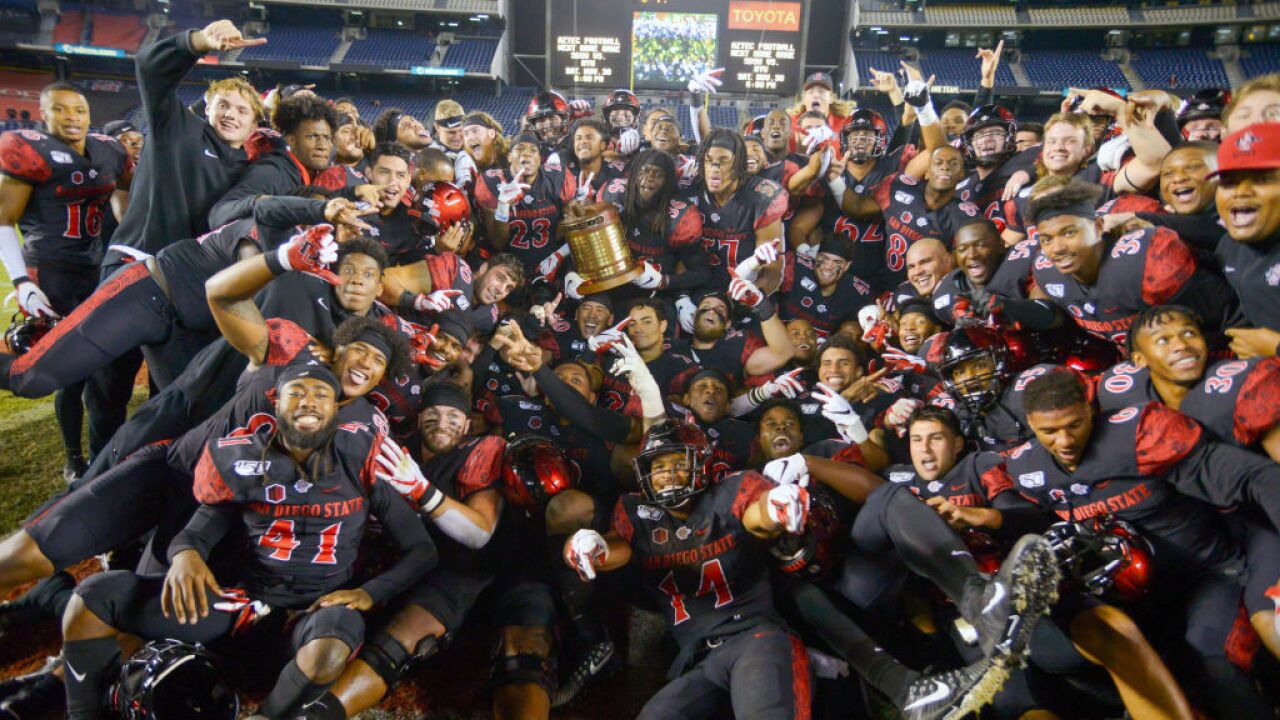 Agnew is the first San Diego State passer to eclipse 300 yards since Quinn Kaehler threw for 326 yards against Air Force on Nov. 21, 2014.

Chase Jasmin ran for a 2-yard TD later in the first quarter, Matt Araiza kicked a 22-yard field goal to give the Aztecs the lead in the second quarter and Jasmin caught a 2-yard TD pass from Agnew to cap the scoring early in the fourth. Jasmin had 71 yards from scrimmage and Jesse Matthews caught eight passes for 119 yards.

Luq Barcoo intercepted two passes for San Diego State, the second with Fresno State driving deep into Aztecs territory in the middle of the fourth quarter.

Rivers ran for 47 yards for the Bulldogs.