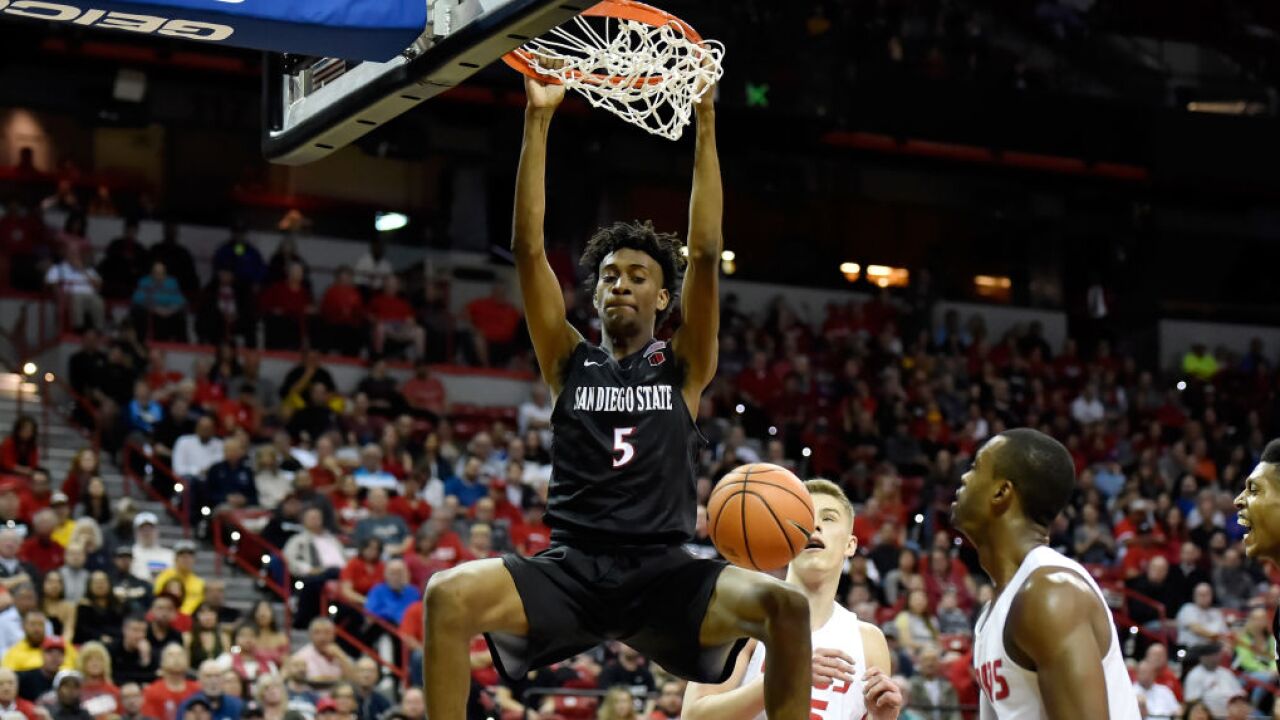 SDSU's Jalen McDaniels was signed to a multi-year contract and placed on the 17-man roster for the Charlotte Hornets Sunday, the team announced. McDaniels left SDSU after his sophomore season last spring and was picked 52nd overall in the 2019 NBA Draft.

The 6-10 forward led the Aztecs in rebound average, total steals, and was second in scoring average last season.

McDaniels signed with the Hornets on Oct. 10 under an unguaranteed Exhibit 10 contract, before the team converted it to a two-way contract on Saturday — meaning he could go back and forth between Charlotte's G League-affiliate, Greensboro Swarm, and the NBA.

McDaniels participated in two preseason games with the Hornets, averaging 1.0 points and 0.5 rebounds in 5.3 minutes per game, according to the team.

Sunday, the team bolstered his contract to a three-year, partially guaranteed contract ahead of the season opener. The terms of the deal were not disclosed.