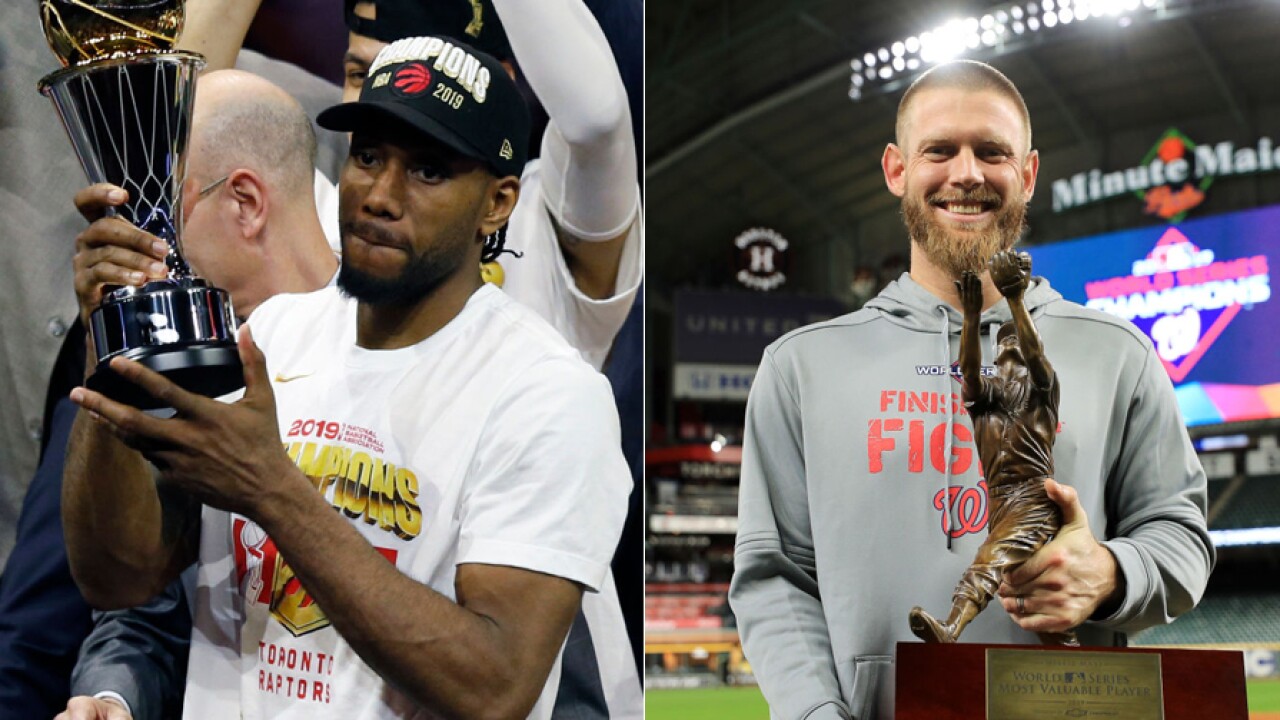 SAN DIEGO (KGTV) — San Diego State University is celebrating yet another MVP athlete on one of sports' biggest stages.

As special an honor as that is, the award also means SDSU has two former players that have been named MVP in their respective sports — in the same season. In June, former Aztec star and then-Toronto Raptor Kawhi Leonard was named the NBA Finals MVP.

The pair of postseason MVP awards in the same season are a first for the university.

For the first time in history, out of the four major professional leagues, Kawhi Leonard and Stephen Strasburg are the first players from the same university to be named postseason MVP in the same season. #GoAztecs pic.twitter.com/EyOT7blwDi

Strasburg pitched in both Game 2 and Game 6 of the series, walking away with a win in each game and becoming the first pitcher to go 5-0 in the postseason. He struck out 47 batters in his appearances and posted a 1.46 ERA.

Leonard helped defeat the Golden State Warriors earlier this year in six games, racking up a average of 28.5 points and 9.8 rebounds. The MVP award was his second of his career, the first being when he was on the San Antonio Spurs in 2014.

At SDSU, Leonard started his freshman year in 2009 leading the team in both points and rebounds per game, and helping the Aztecs secure a berth in the NCAA Tournament.