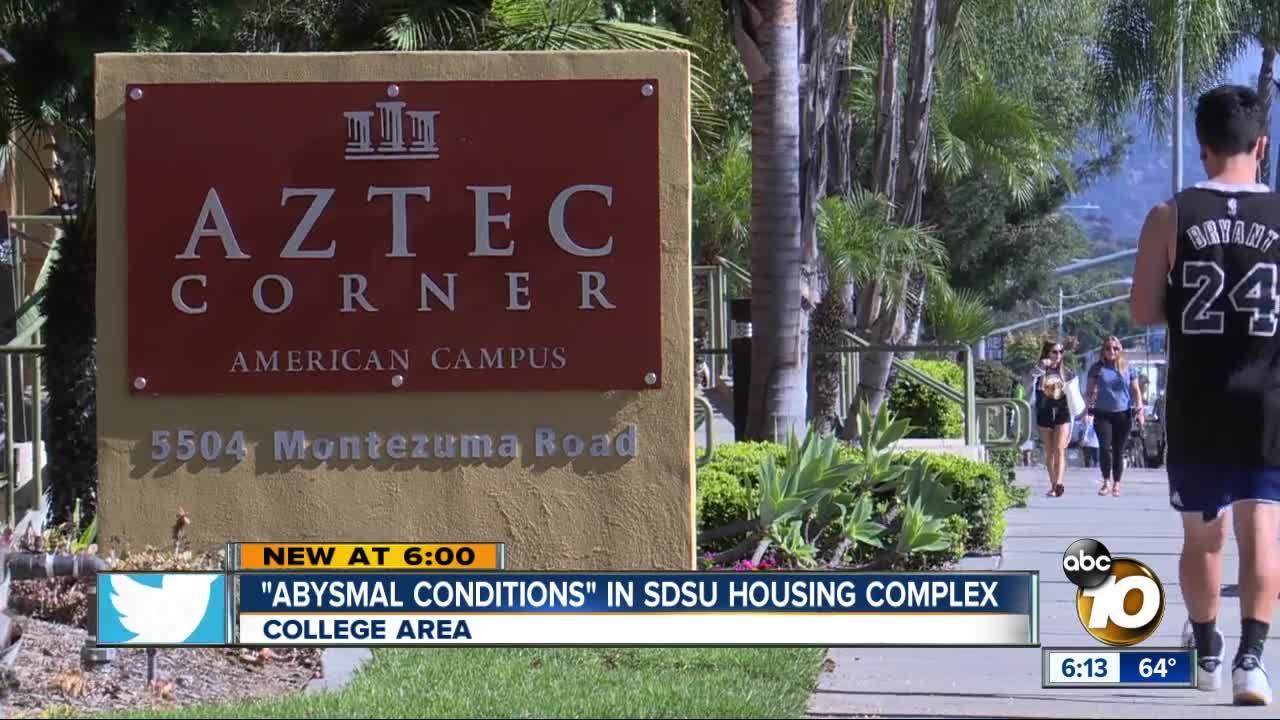 From infestations to leaks, some San Diego State University students say their on-campus housing complex is “abysmal” even though it costs hundreds of dollars more per month than newer apartments just steps away. 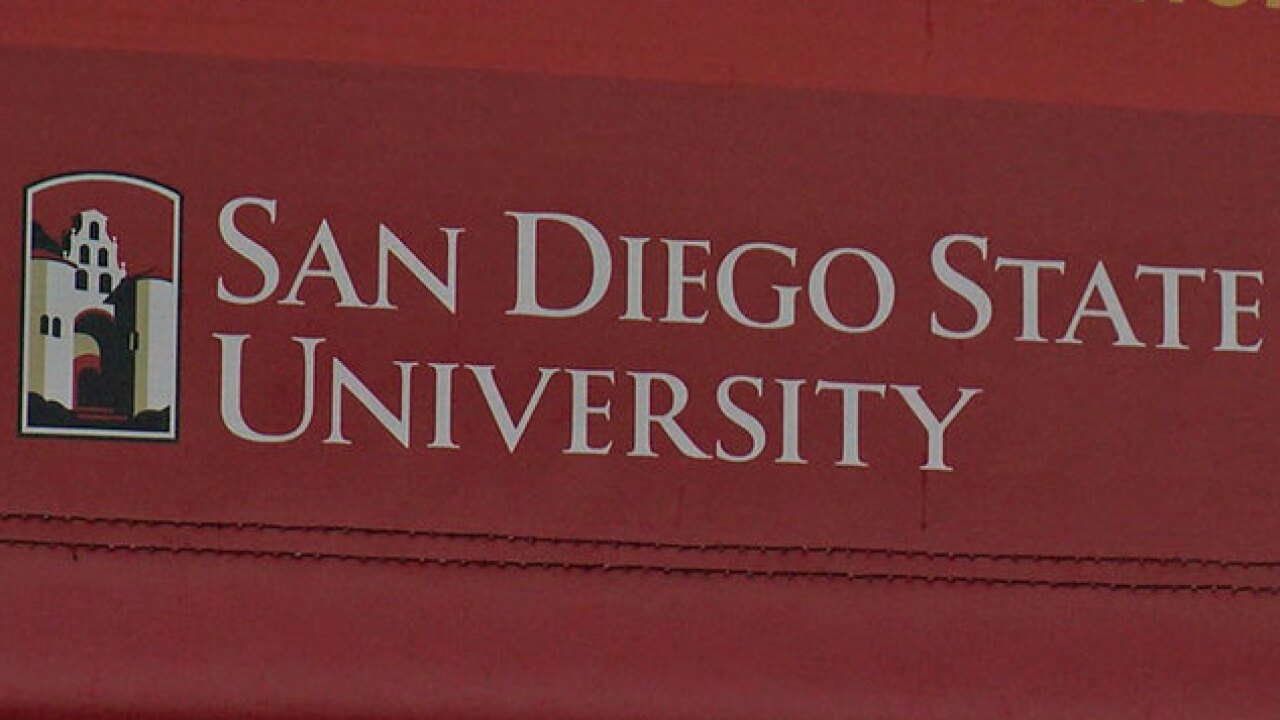 SAN DIEGO (KGTV) -- From termite infestations to leaky pipes and AC units, some students at San Diego State University say their on-campus housing complex is “abysmal” even though it costs hundreds of dollars more per month than newer apartments just steps away.

Shortly after moving into Aztec Corner, sophomores Hanna Bengard and Kalie Slivkoff said they had issues with electricity, a leaky A/C unit and spiders. A few weeks ago, they found termites in a roommate’s bed.

They each pay $1,285 a month for a four-person apartment in the on-campus housing complex, even though there’s another complex less than 20 yards away that charges $755 a month.

RELATED: Thousands of students move into campus housing ahead of Fall 2019 semester

The students say they have no other options because a new SDSU policy requires all non-local sophomores to live in on-campus housing.

Slivkoff added, “I get their point. Better GPAs, closer to campus. I get that kind of stuff, but raising the prices by nearly half, I just don’t agree with that.”

SDSU took over the complex this semester with a master lease. Last year, rents were $784, according to the Daily Aztec.

RELATED: Residents against SDSU 'mega-dorm' in their community

“They’re forcing people to live in these apartments and that’s given them the ability to drastically upcharge the price,” said another resident, Connor Dreher.

A Change.org petition demanding refunds had more than 560 signatures as of Friday afternoon.

“The rent rate is a reflection of the property manager's market rate, plus SDSU’s residential education cost, which is embedded within the rent rate,” said SDSU spokeswoman La Monica Everett-Haynes. “Prior to the master lease agreement, rent was paid in 12 monthly payments. Today, SDSU’s rent on a license agreement are on a 10 installment payment agreement to accommodate student financial aid scheduling.”

Everett-Haynes said the university does not own the property or directly respond to maintenance requests, but SDSU does track the requests to ensure they’re handled promptly.

RELATED: SDSU Christian sorority sisters speak out over plans to demolish their house

“The offices of Housing Administration and Residential Education has been actively working with residents to ensure that issues are being properly reported so that they may be addressed,” she said in a statement.

As of noon Friday, there were only two outstanding service requests in the 602-bed complex, she said.

Students acknowledged most service requests are handled promptly. But they said the problems just don’t seem to stop.