San Diego Padres are bringing back the brown uniforms in 2020, report says 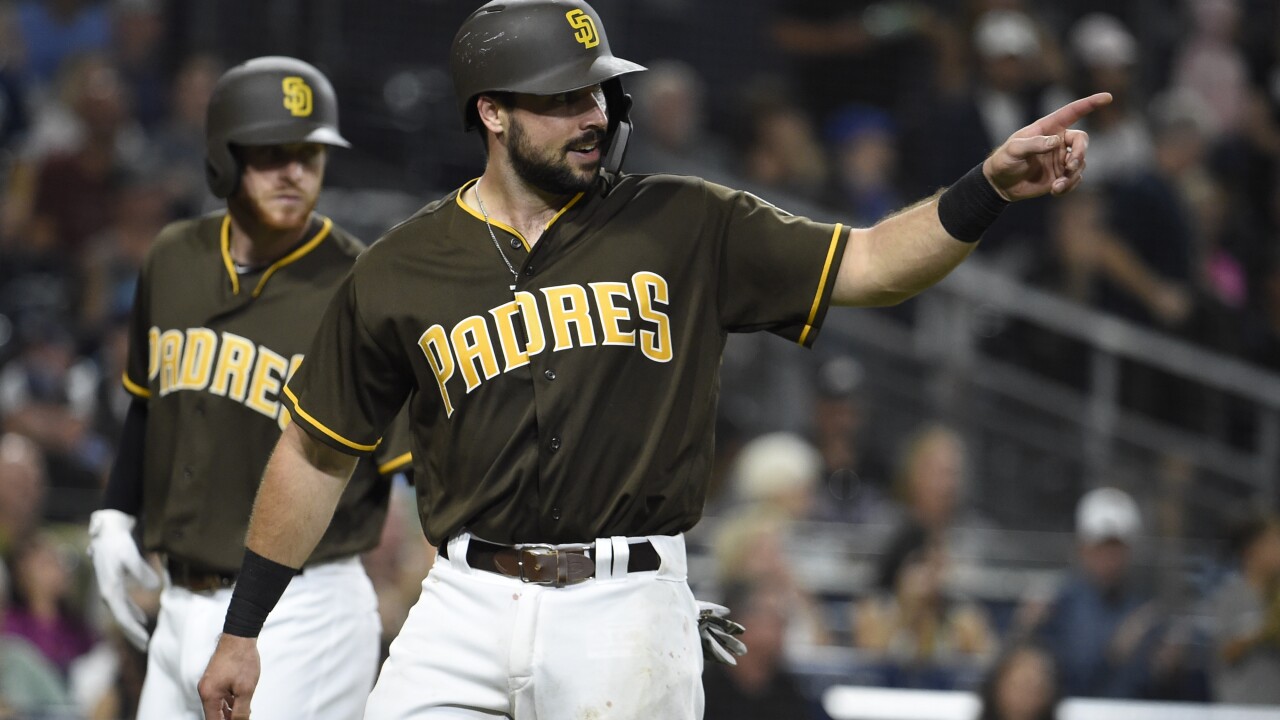 The Padres have notified the MLB of their intentions to change uniforms and have until May to submit the final versions of their new jerseys, according to the report. A logo or sample jersey was not released upon the news.

Focus group testing began this week with Padres fans involving variations featuring brown and gold combinations. The reveal comes the same day Nike announced it had inked a 10-year deal with the MLB to be the league's official uniform and footwear supplier starting in 2020.

Some form of brown was used in jersey until the color was abandoned after the 1990 season, when the Padres switched to a blue and orange. After 2003, the team left behind the blue and orange for a more blue and sand style.

That scheme remained for the most part until 2012, when variations of blue, white, and grey became the lead jersey colors — though sand or gold was still incorporated in uniform trims.

Brown began making its way back into the Padres' uniform lineup in 2016, when the team featured it as throwback uniforms for Friday night games.