San Diego graduates selected in third round of NFL Draft 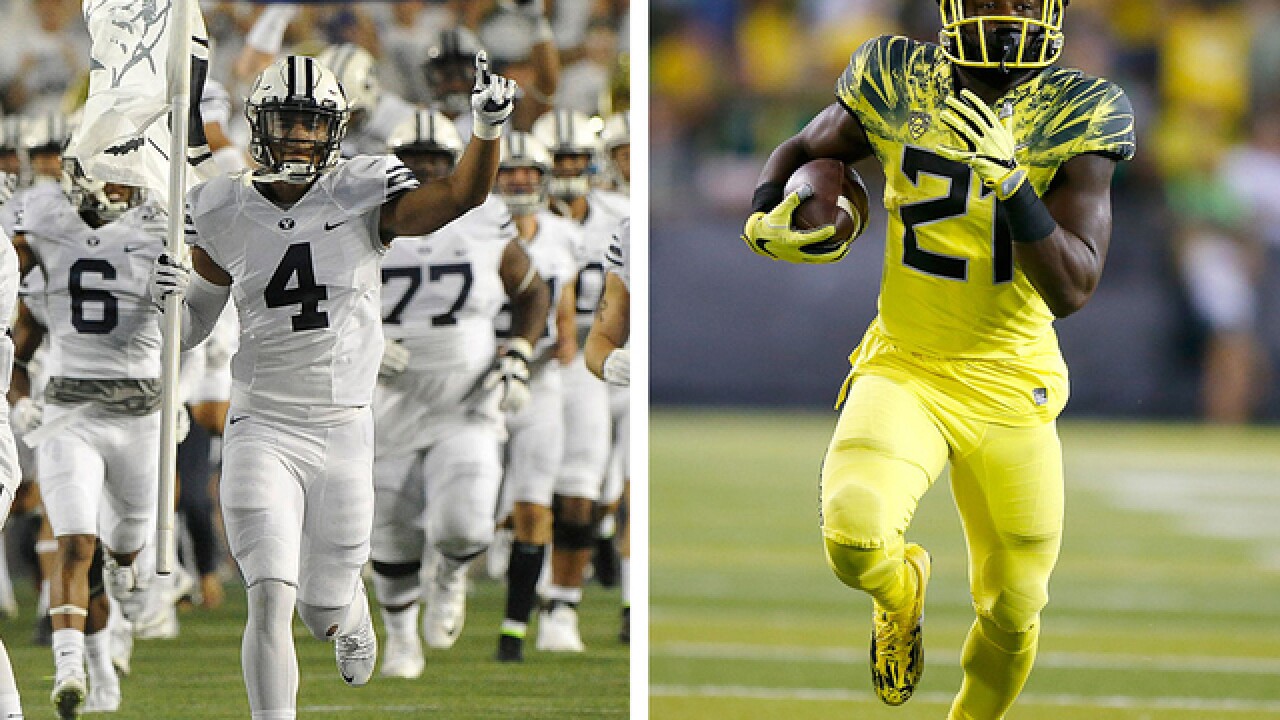 In the third round of the NFL Draft, Fred Warner, a Mission Hills High School graduate, and Royce Freeman, of Imperial High School, were selected.

Warner was picked by the San Francisco 49ers out of BYU as the 70th overall pick. During his four seasons at the university, the linebacker racked up 262 tackles, 6.5 sacks, and seven interceptions. At this year's NFL Combine, Warner ran a 4.64 40-yard dash and posted a 38.5-inch vertical, according to the 49ers.

Freeman, a running back out of the University of Oregon, was chosen next as the 71st pick by the Denver Broncos. The 5-11 back enters the NFL having recorded the second-most rushing yards in Pac-12 history and seventh-most in NCAA history, finishing with 5,621 rushing yards.

His 60 rushing touchdowns are also the most in Pac-12 history.

The Broncos say Freeman is expected to help fill the team's need for backs, following the release of C.J. Anderson this offseason. He will be joining running backs Devontae Booker and De'Angelo Henderson.