SAN DIEGO (KGTV) - Another downtown San Diego street could soon be named after a Padres legend.

A proposal to rename a section of Park Boulevard near Petco Park after former Padres closer Trevor Hoffman will be under consideration next week by the Civic San Diego Downtown Community Planning Council.

If the proposal is eventually approved, Park Boulevard -- between Imperial Avenue and Tony Gwynn Drive -- will be changed to Trevor Hoffman Way. 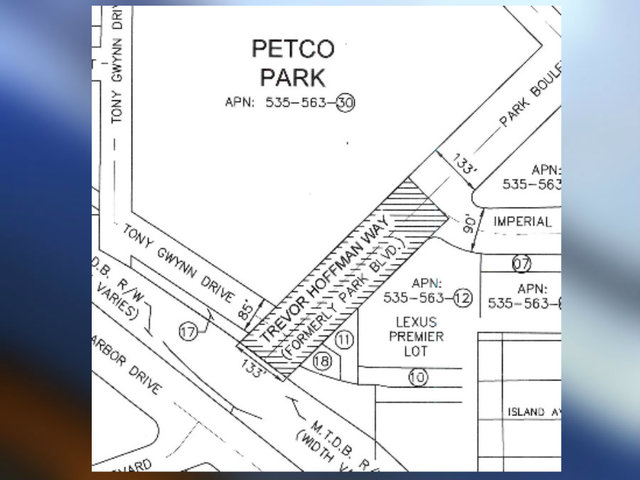 Hoffman was inducted into the Baseball Hall of Fame in late July.

“Trevor Time” is the all-time National League saves leader with 601. He played for the Padres from 1993-2008, notching 502 saves for San Diego. He played the final two seasons of his career in Milwaukee, picking up his 600th career save with the Brewers in 2010.

Another street outside of Petco Park, Tony Gwynn Drive, is named after the Padres star.

Hoffman in the Hall: