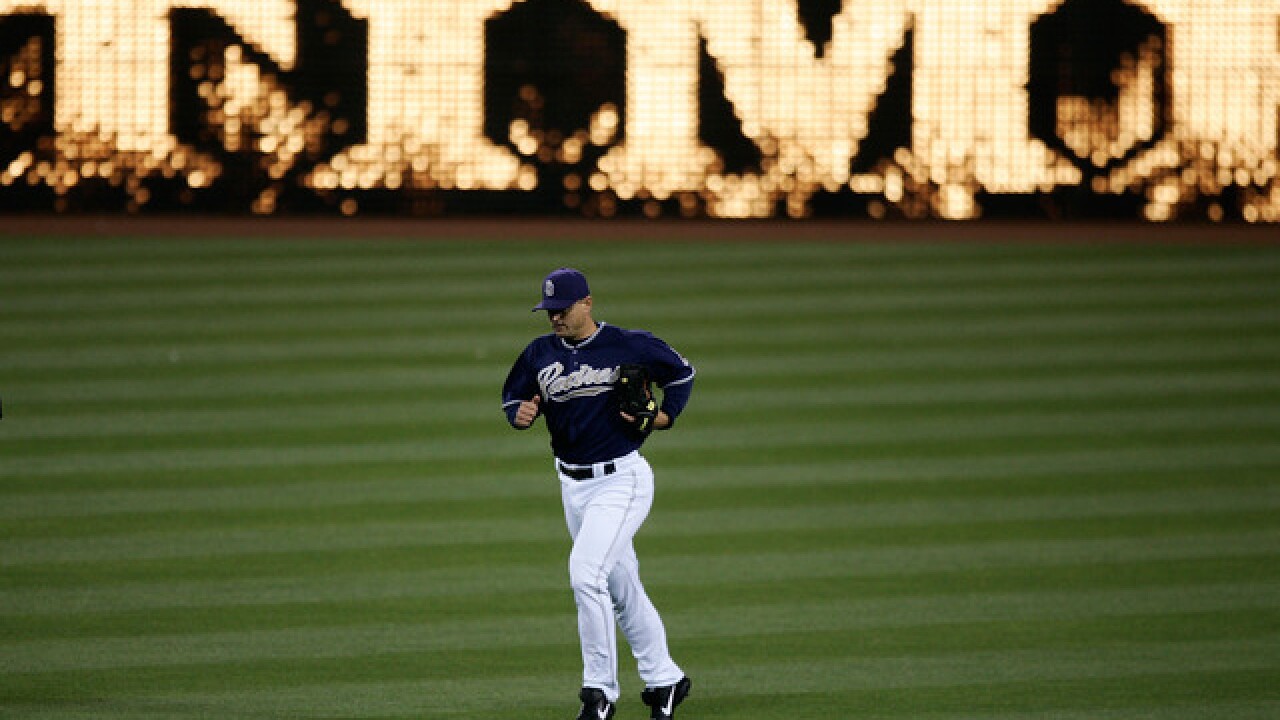 Copyright Getty Images
Donald Miralle
<p>SAN DIEGO - MAY 01: Trevor Hoffman #51 of the San Diego Padres comes out for the save in the ninth inning against the Washington Nationals on May 1, 2007 at Petco Park in San Diego, California. The Padres defeated the Nationals 3-0. (Photo by Donald Miralle/Getty Images)</p>

A closer situation develops. Fans see #51 quietly warming up in the bullpen. Then, as the ninth inning begins, the brooding start to AC/DC's "Hell's Bells" echoes through the stadium, raising hairs and sending the stadium into a frenzy.

The theme synonymous with Trevor Hoffman's career began on July 25, 1998, against the Houston Astros. Hoffman is believed to be the first pitcher to enter a game with theme music before other future MLB greats started making their way to the mound similarly.

"I think [Bowers] got tired of me bouncing all over the map with heavy metal music everywhere so he came down to the clubhouse and said, 'Hey Trev, you know, you're not coming out to anything in particular. I think this song by AC/DC might be kind of cool to come out to, might gain some traction, be kind of fun. What do you say?'" Hoffman said.

Just like that, a moment Padres fans would be hooked on for the next 10 seasons came to life.

"It really kind of took off from there and became really larger than life," Hoffman said.

Hoffman said it didn't occur until about the fifth time he walked out to the song for it to feel right.

"It took a little bit of time," Hoffman said. "One it shocked the heck out of me when I was coming off the mound at Qualcomm."

Now, it's a feeling that can't quite be replicated, according to Hoffman.

"It was such a great deal to come out to that energy, that fun that was attached to it," Hoffman said. "I miss it. I miss it at Petco."

Hoffman never strayed far from the diamond though, now working in the team's front office.

Deep into Hoffman's career with the Padres, fans never got over the spectacle of watching the NL save leader walk out: