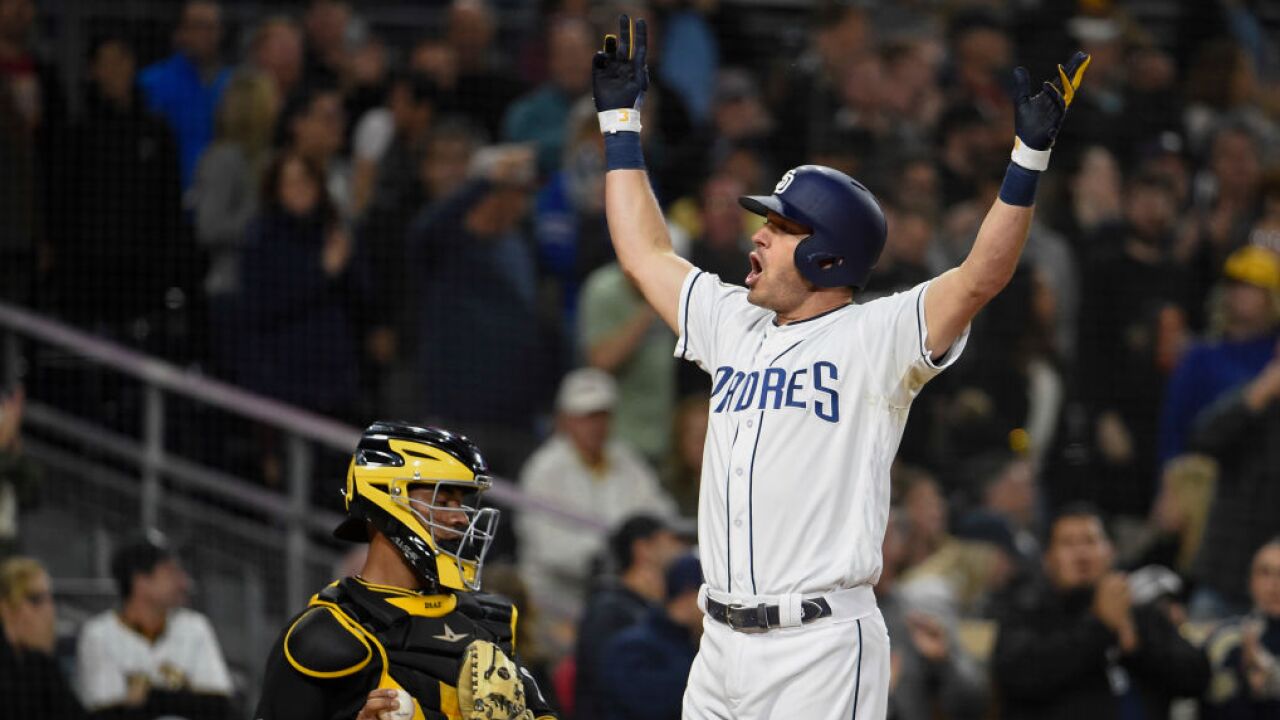 The Padres' second baseman announced his retirement after 14 seasons in the major league, team announced Friday. Kinsler, 37, will remain with the Padres as an advisor to baseball operations.

According to The Athletic's Ken Rosenthal, Kinsler is still owed $4.25 million on his contract, which he will reportedly work out with the team.

Kinsler was placed on the disabled list last August over a herniated cervical disk, which prevented him from finishing out the season. The injury played a role in his decision to leave the game.

“To be honest, it was a factor in my decision,” Kinsler told The Athletic. "It just felt like this is the end, time to move on. I gave it everything I had."

The Padres were Kinsler's fifth team in his career, after stints with the Boston Red Sox, Los Angeles Angels, Detroit Tigers, and Texas Rangers.

“Ian had a long and distinguished career and will go down as one of the best second basemen of his generation,” said Padres general manager A.J. Preller. “We’re excited to have him join our front office to share his passion for the game and experience as a World Series champion. His breadth of baseball knowledge will be extremely beneficial to our organization.”

During his one season with the Padres, Kinsler recorded 56 hits in 87 games, batting in 28 runs and recording a .217 batting average.

The team's depth chart has newly-acquired infielder Jurickson Profar and Greg Garcia listed at second base heading into the 2020 season.