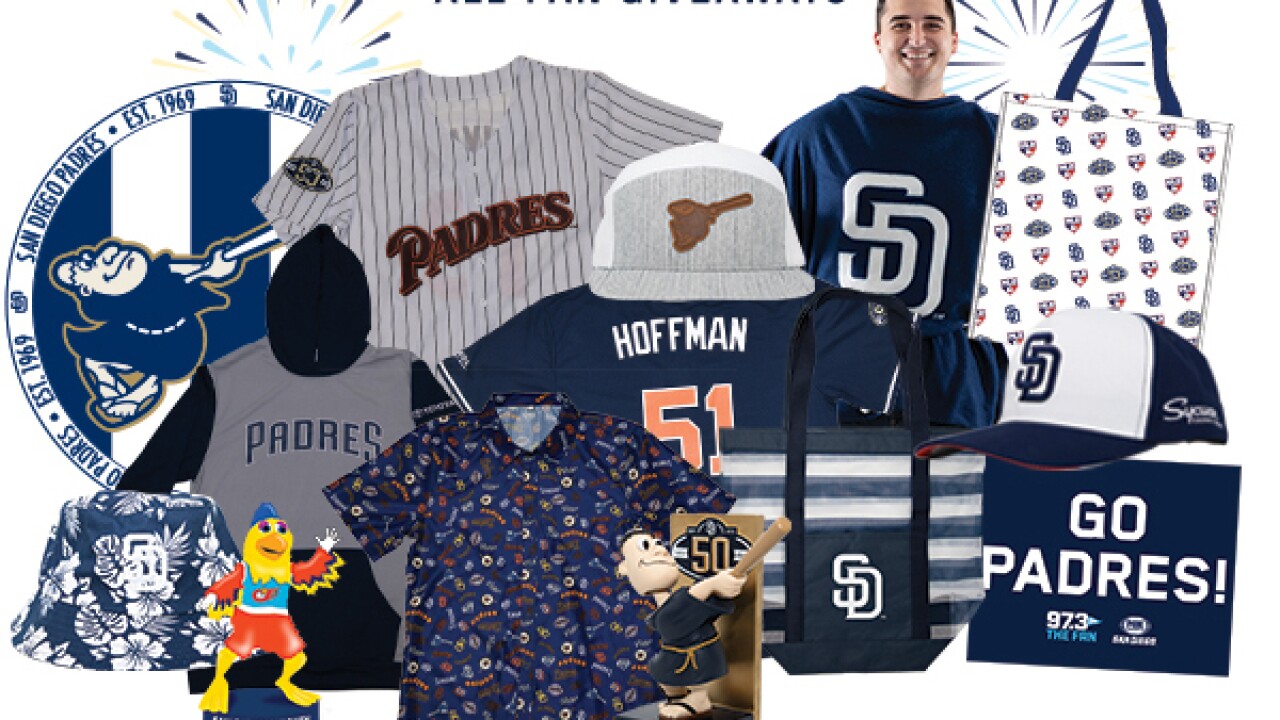 Thursday, the San Diego Padres announced their lineup of 2019 promotions and giveaways for the season.

SAN DIEGO (KGTV) — Giveaways and promotions have become just as traditional at the ballpark as peanuts and crackerjacks.

Thursday, the San Diego Padres revealed their planned giveaways and promotions for the upcoming 2019 season. Many of the bobblehead and beach-themed items fans have come to enjoy will return, as well as special "fests" at the park.

Themed games also return to the park, including their own special giveaways with a themed game ticket purchases.

Of the notable swag this year, the Swingin' Friar is on full display as the team celebrates its 50th anniversary. Swingin' Friar bobbleheads, towels, ponchos, and hats are all on the docket this season. Other anniversary themed items include Tony Gwynn and Trevor Hoffman replica jerseys, and San Diego Chicken bobbleheads, which are sure to go quickly.

(It looks like grain beetle beach hats didn't make it this year.)

Here's a quick look at some of our favorite promotions, giveaways, and themed games for this season:

There's plenty more to check out across the season. For a full list of the Padres' promotions, giveaways, and themed games, visit the team's website here.