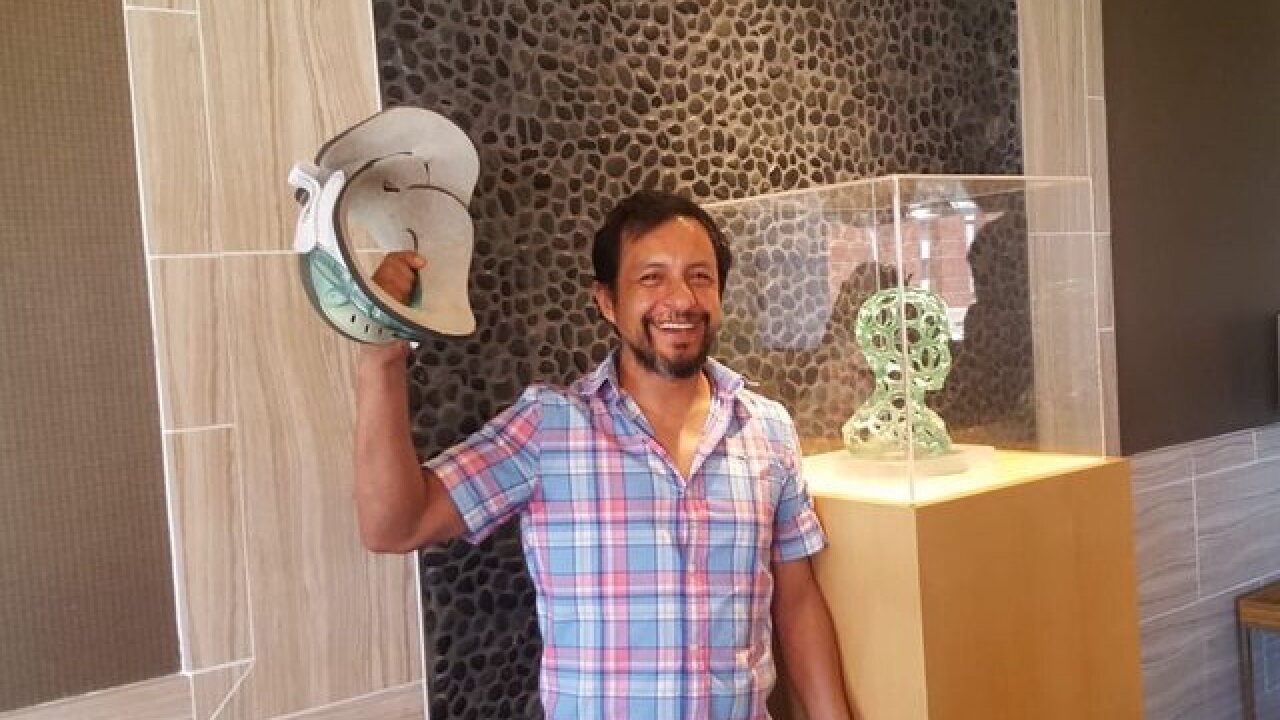 Copyright 2018 Scripps Media, Inc. All rights reserved. This material may not be published, broadcast, rewritten, or redistributed.
Credit: Brian Trump

(KGTV) — After suffering a life-threatening injury after an accident at the Del Mar Fairgrounds earlier this year, Hall of Fame jockey Victor Espinoza took a major step towards his recovery.

Espinoza was able to remove his neck brace this week, which he had been wearing after suffering a fractured vertebra in his neck during a July training accident.

"It is with great happiness that I can share with you all my good friend and HOF jockey [Victor Espinoza] is one step closer to a full recovery," Brian Trump, the owner of Rockingham Ranch, wrote on Twitter Wednesday. "Today he was able to remove his neck brace for the first time since the accident. His smile says it all!!!"

The July accident occurred after his horse, Bobby Abu Dhabi, went into an apparent cardiac arrest during morning workouts. The four-year-old horse died.

The 46-year-old jockey was thrown from the horse. He told 10News he remembered thinking that he might be paralyzed and that his body was numb, and he could only move his right arm.

When asked whether he thinks he will ever get back on a horse, Espinoza said, "I can't predict the future, how I'm going to feel at that moment."

Espinoza is a three-time Kentucky Derby winner and won the Triple Crown on American Pharoah in 2015.