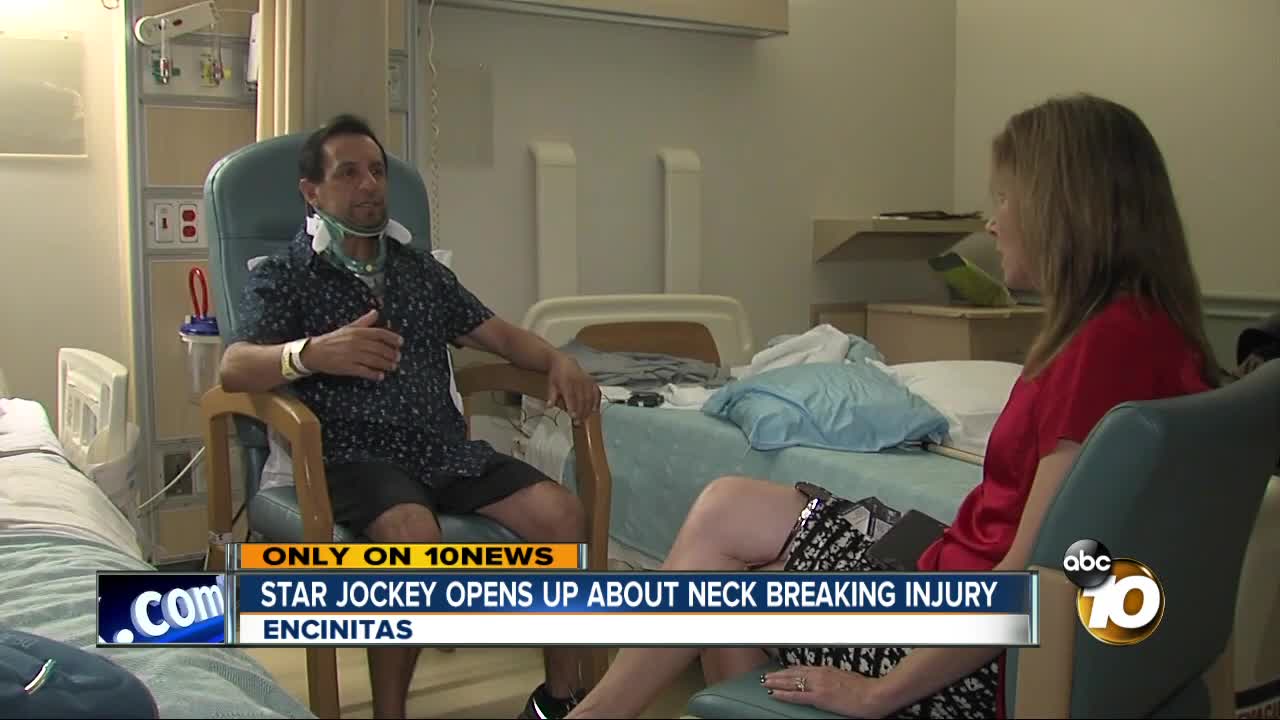 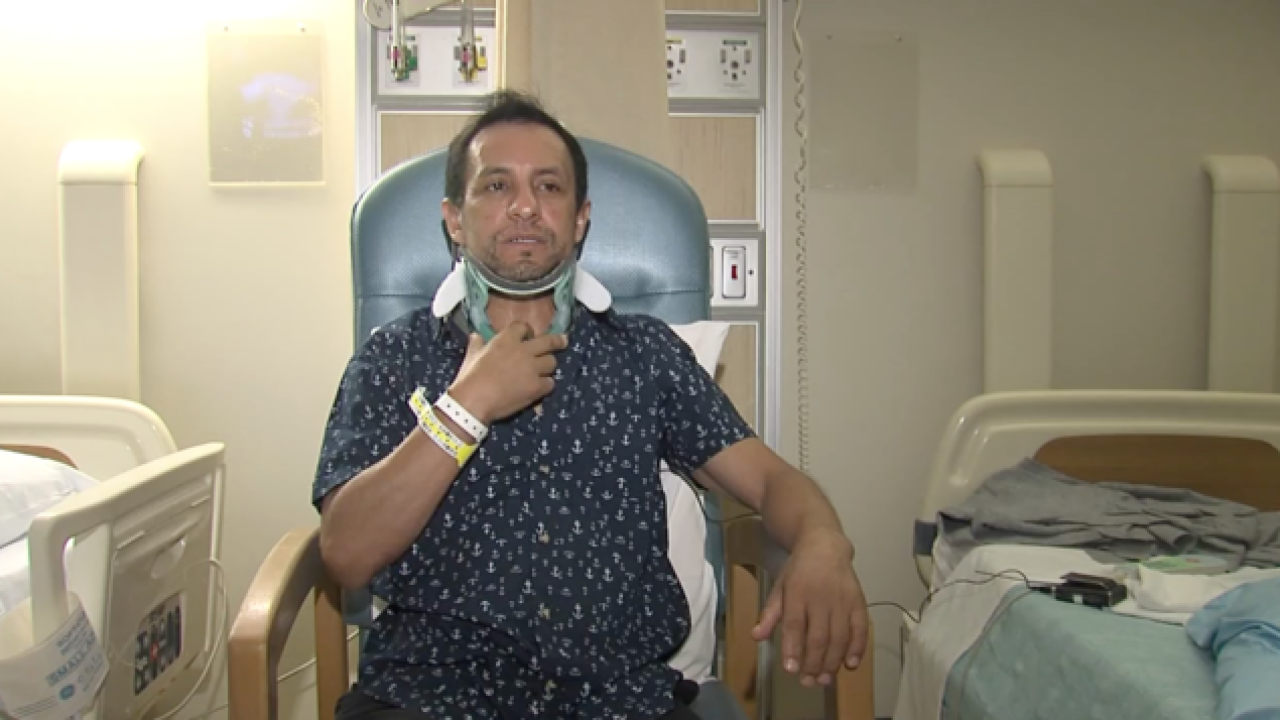 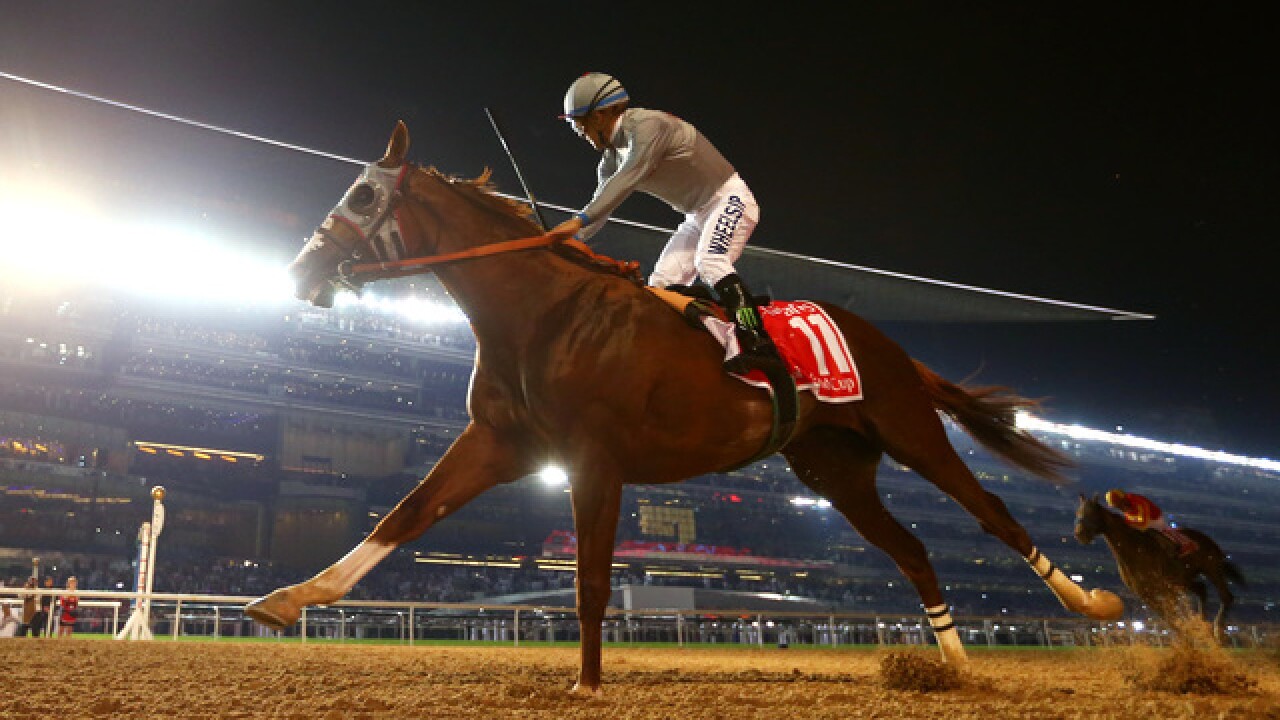 ENCINITAS, Calif. (KGTV) -- One week after a training accident that ended in the death of racehorse Bobby Abu Dhabi, Victor Espinoza is opening up about his recovery.

Espinoza, a Hall of Fame jockey, suffered a fractured vertebra when he was thrown from the horse after it went into apparent cardiac arrest in Del Mar. The four-year-old horse died.

"I was just working my normal routine and then just...something just happens," Espinoza said. "So it was a bit of a different accident than what (I've had) over the years."

The 46-year-old jockey remembers thinking that he might be paralyzed after the July 22 fall. He said his body was numb, and he could only move his right arm.

Scans showed that Espinoza fractured his C3 vertebrae in the accident and had damage to his cerebral artery. Doctors told him that he got lucky.

Espinoza will be in a neck brace for six weeks. He told 10News his goal is to make a full recovery - but right now there is no guarantee that will happen.

"I can't move my neck at all, and I wear (the brace) and it's hard for me to balance because I can't see down," he said, noting that he still has numbness in his left arm.

Right now, it is too soon to know if he will be able to return to racing - a sport in which he earned a Triple Crown on American Pharoah in 2015.  He's also a three time Kentucky Derby winner.

When asked if he would be scared to race again he said, " I can't predict the future, how I'm going to feel at that moment."