He draws a huge crowd of fans. 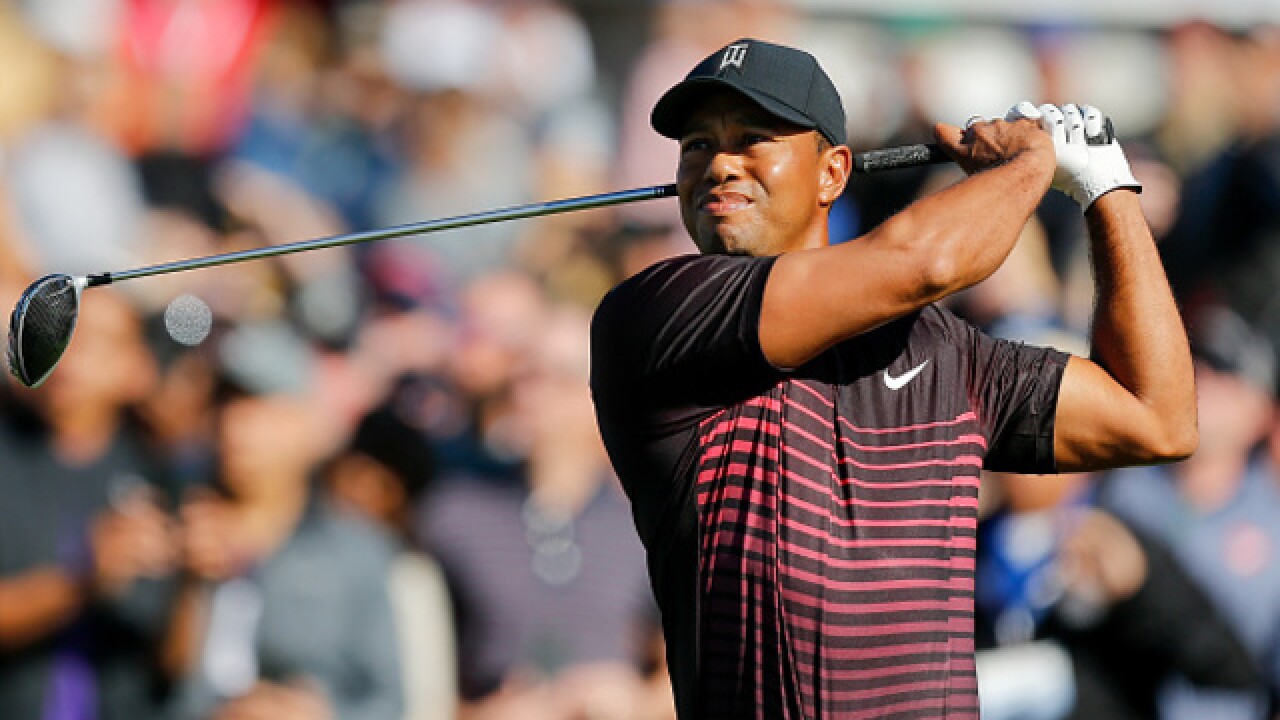 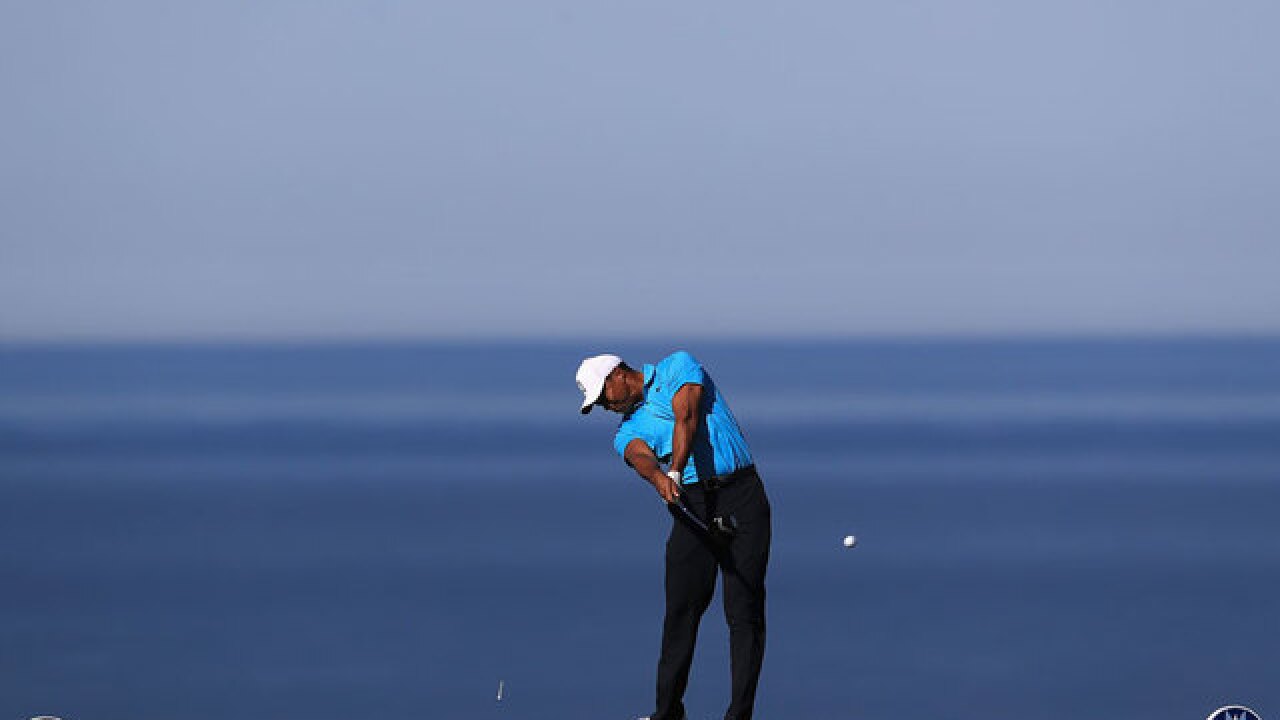 "I haven't felt this good in years, so I'm excited about it," Woods said. "I want to start feeling what it feels like to be out here and hit shots, grind out scores, and that's something that I've been looking forward to."

The 42-year-old Woods has not played in a PGA Tour event since last year's Farmers Insurance Open, when he missed the cut, shooting a 4-over par 148 for two rounds. Woods then underwent a fourth back surgery that sidelined him for the next 10 months.

Headed to #Torrey for the @FarmersInsOpen today? Here are the bags that are (pic 1) and aren’t allowed (pic 2) on course. Pack accordingly!!! pic.twitter.com/73NiAvJtIR

Woods returned to play in the Hero World Challenge, an unofficial event in the Bahamas Nov. 30-Dec. 3, where he tied for ninth in a field of 18 with an 8-under 280 for four rounds.

Woods shot a 2-under 70 on the shorter North Course in Wednesday's pro-am.

Woods has won the Farmers Insurance Open seven times, most recently in 2013, the last year he won a PGA Tour event. Woods is the tournament's all-time money winner with $6,845,096. His most recent major championship also came at Torrey Pines, the 2008 U.S. Open.

Woods has played in the tournament three times since his 2013 victory, missing the 54-hole cut in 2014, withdrawing in 2015 because of pain in his back after playing 11 holes at 2-over-par and missing the traditional 36-hole cut in 2017.

The 156-player field is led by defending champion Jon Rahm, who rose one spot to second in the Official World Golf Ranking with his victory in the CareerBuilder Challenge, which concluded Sunday in La Quinta.

"I love Phoenix, but San Diego is probably my favorite spot in the world," said the 23-year-old Rahm, a Spaniard who received a degree in communications from Arizona State in 2016 and lives in Scottsdale, Arizona. "I go there as much as I can. I played in San Diego three tournaments as an amateur, won two of them, finished fifth in the other one."

Rahm said "the main reason" he doesn't live in San Diego or elsewhere in California "is taxes, to be honest."

Phil Mickelson, who graduated from University of San Diego High School in 1988 and lives in Rancho Santa Fe, will be playing in the tournament for the 29th time. He has won the tournament three times, most recently in 2001. He tied for 17th last year after withdrawing and two consecutive missed cuts from 2014-2016.

After Friday's round, the field will be cut to the lowest 70 scores and ties. The final two rounds will be played on the South Course. The tournament winner will receive $1.242 million.

The tournament's elevated viewing deck, the Grey Goose 19th Hole and Flight Deck, has been expanded and includes a court for petanque, French lawn bowling. Specialty drinks are available.

The Fan Village is located at the convergence of three holes -- behind the 15th green, adjacent to the 17th fairway and a few hundred feet from the 18th tee. It includes the Michelob ULTRA Zone, where premium food and drink offerings are available, and a "Fan Expo" where the latest golf equipment can be tried and the merchandise tent.

"The Post Party" will begin after the conclusion of play with disc jockeys playing music and happy hour drink specials.