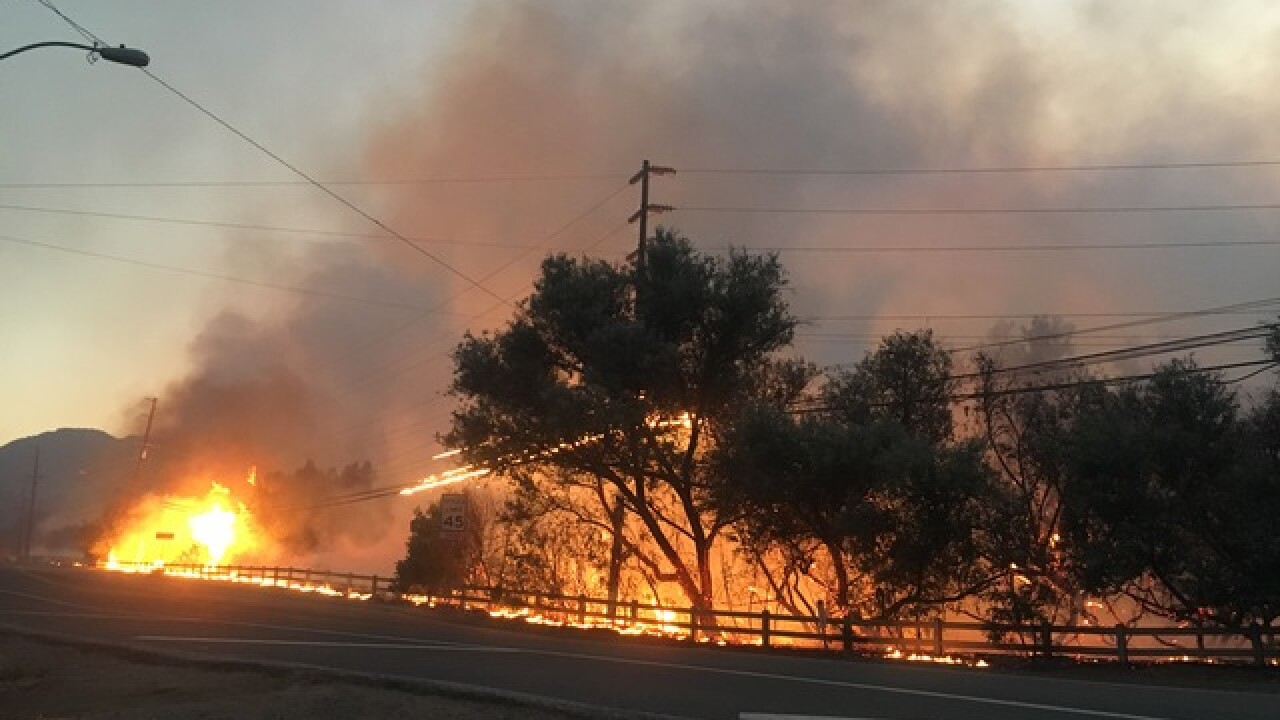 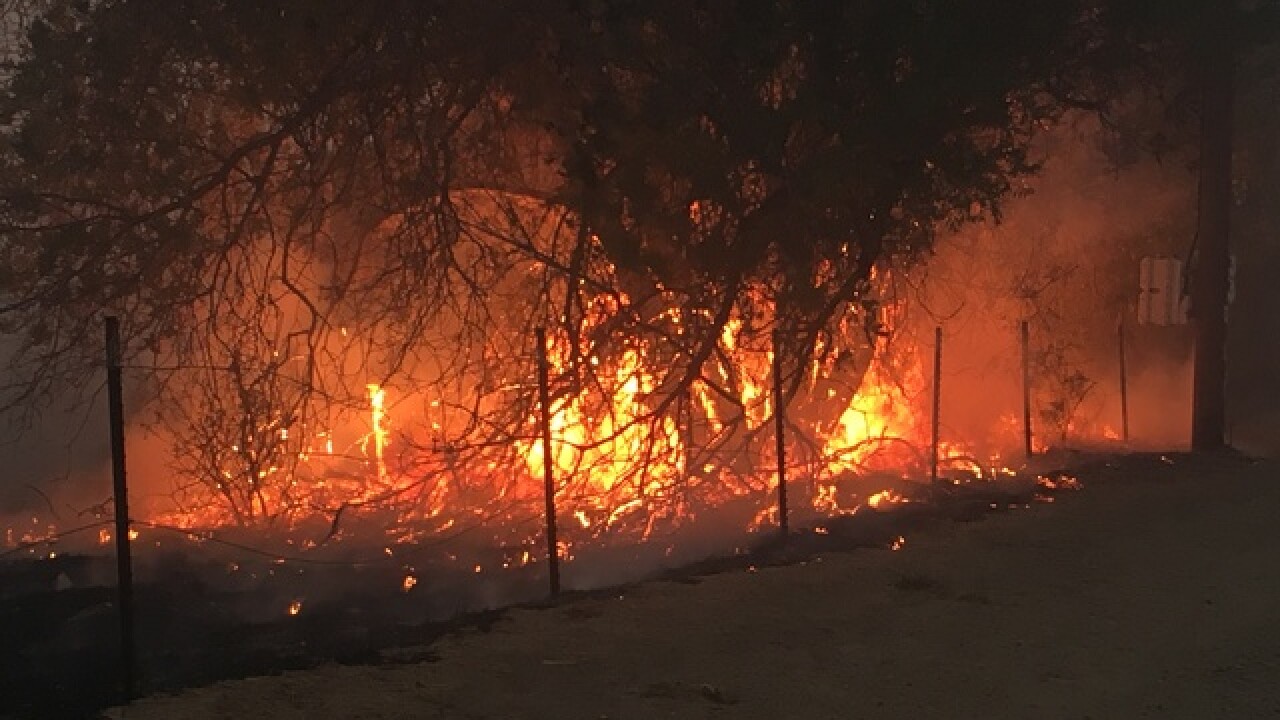 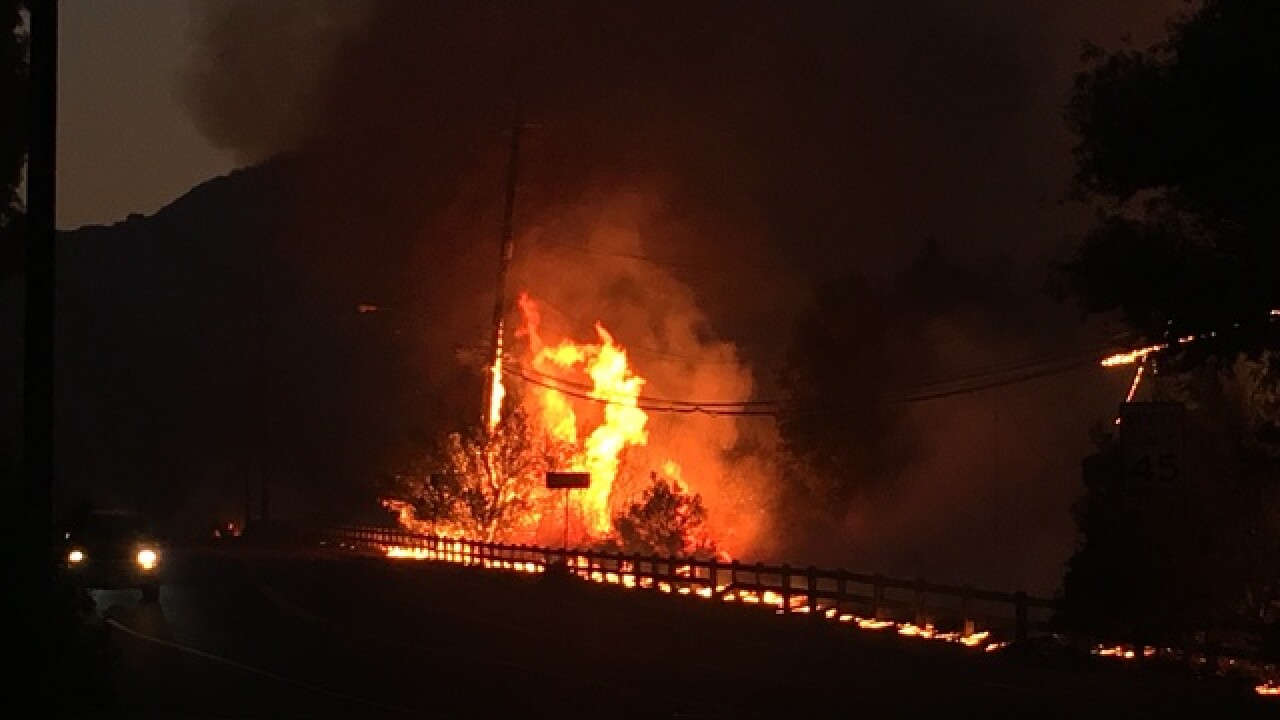 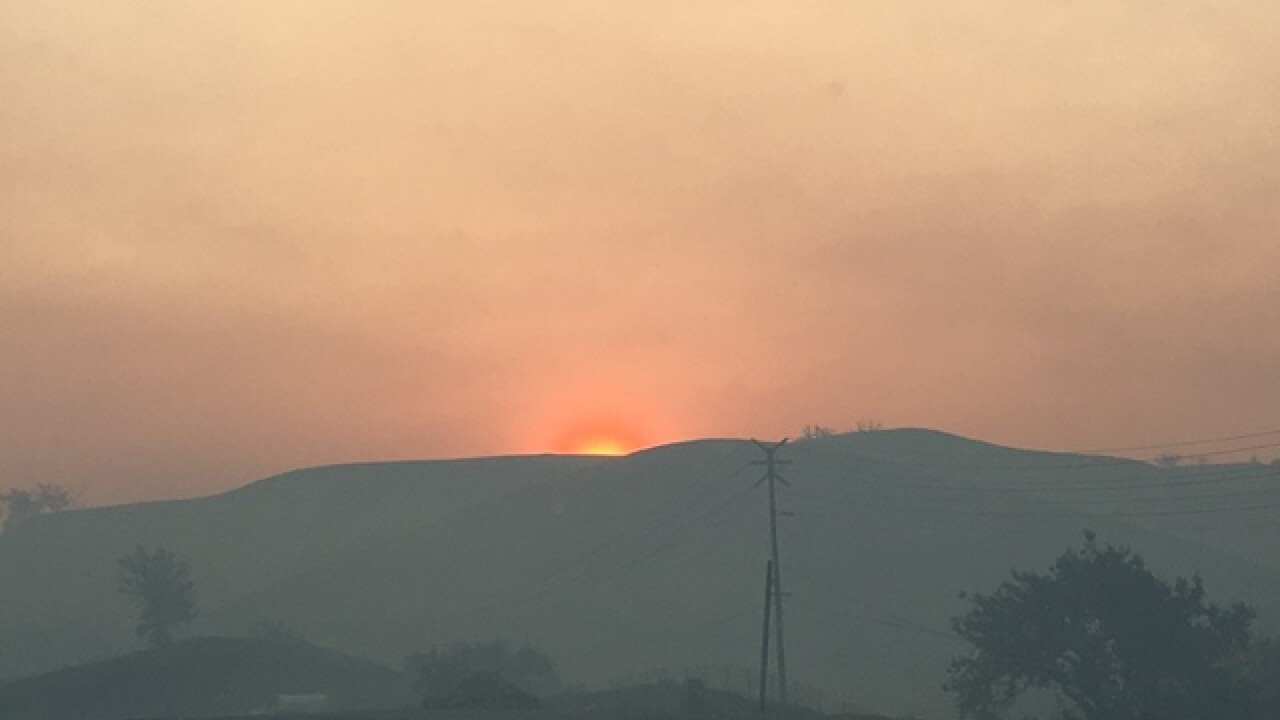 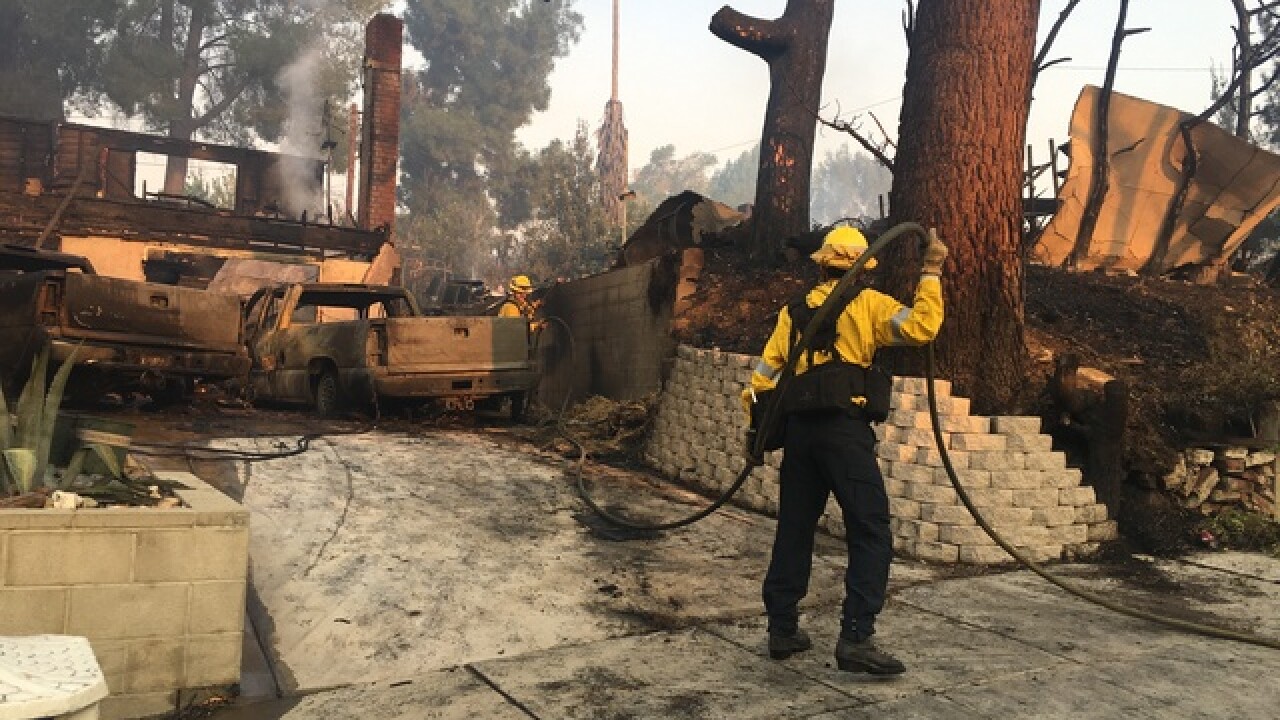 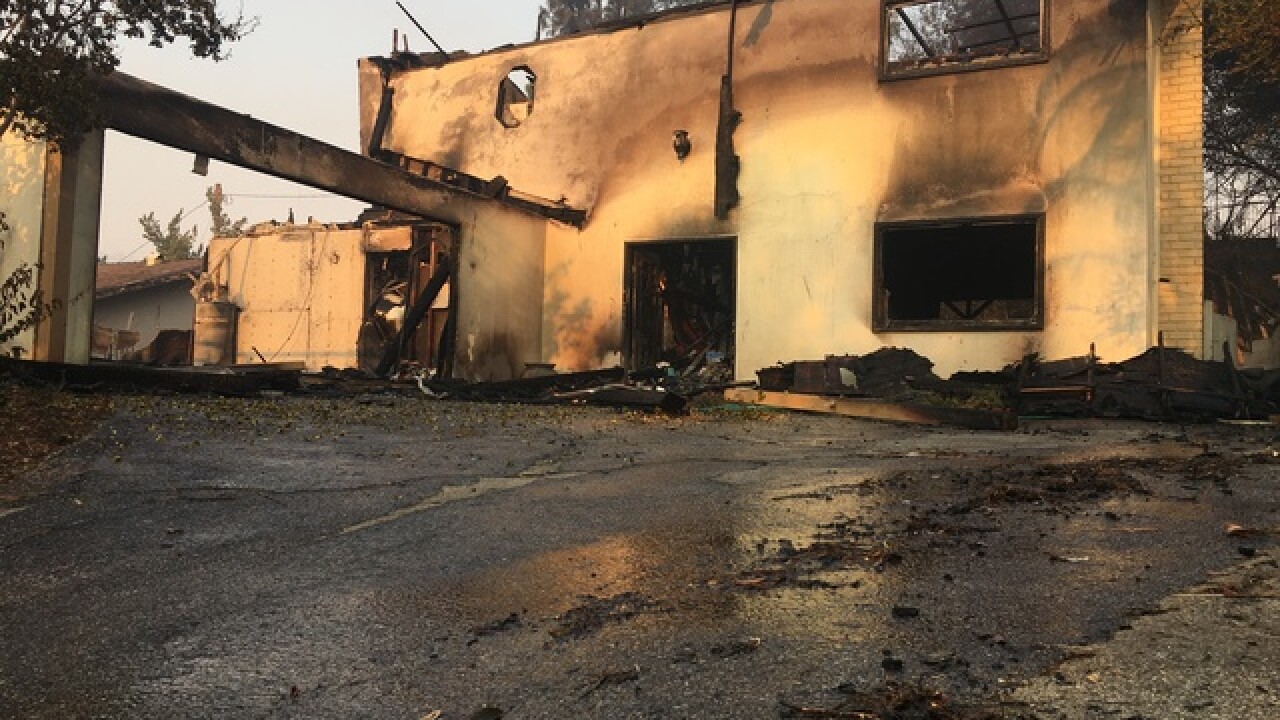 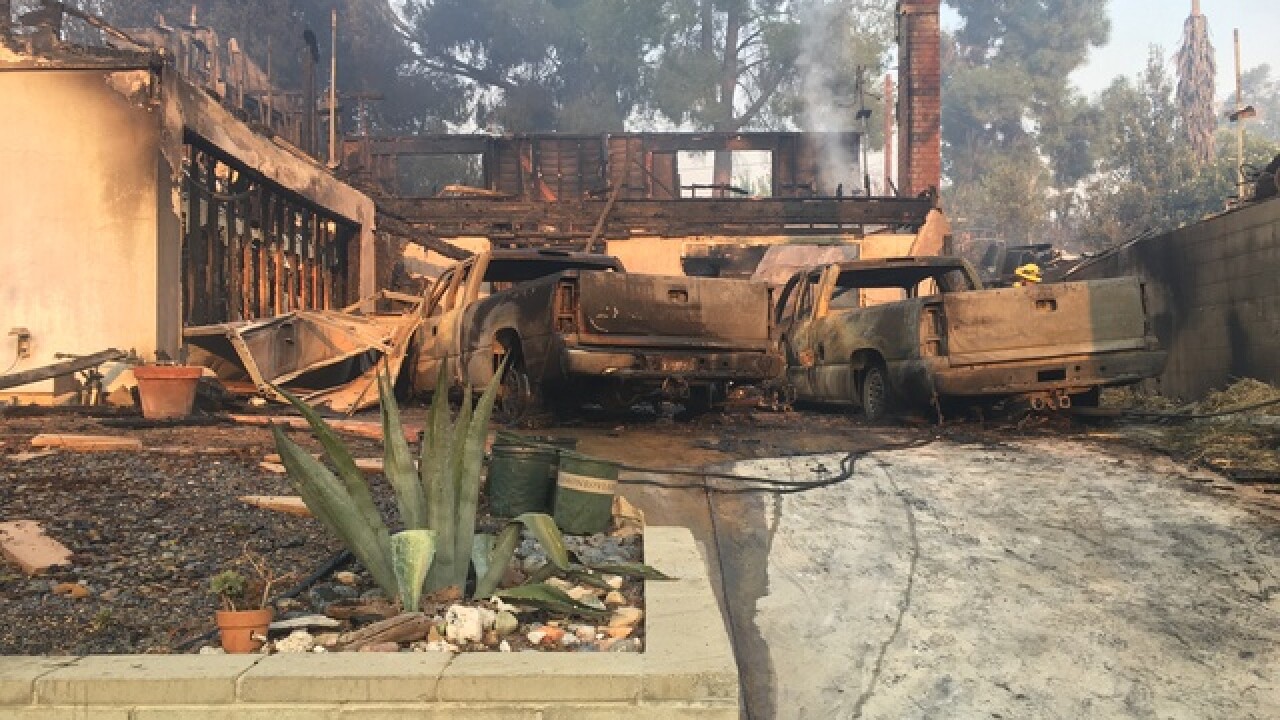 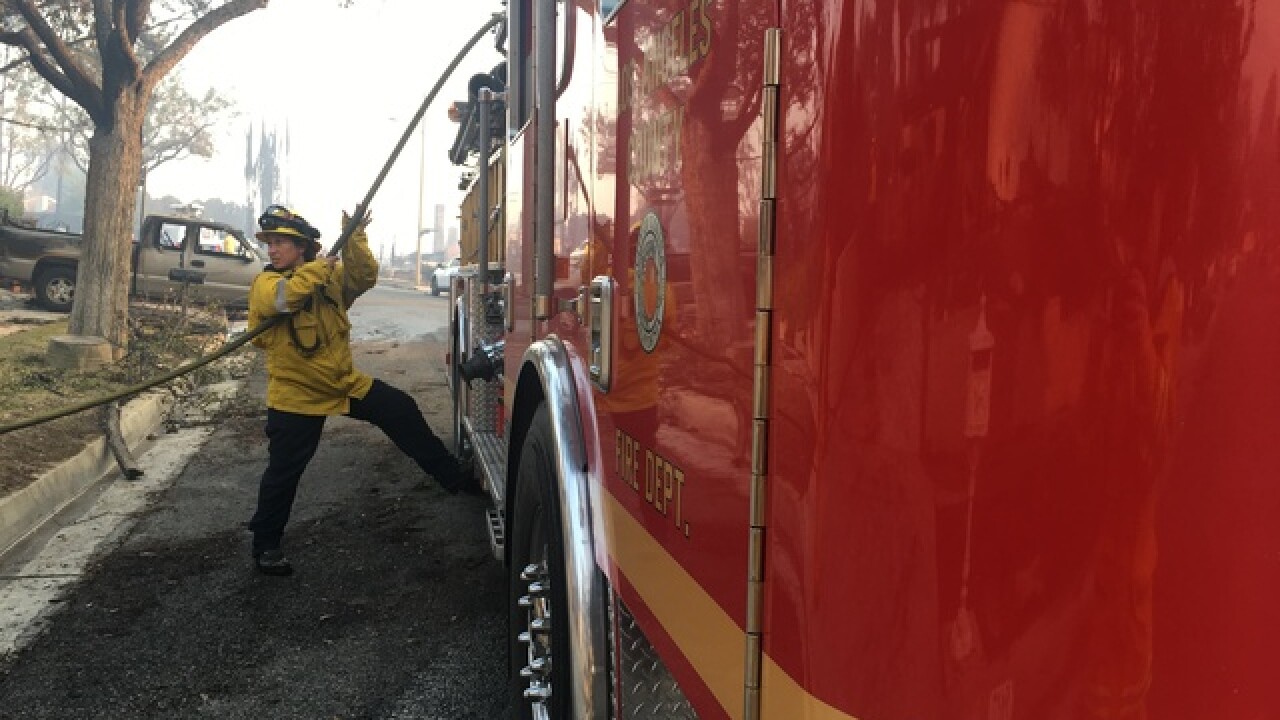 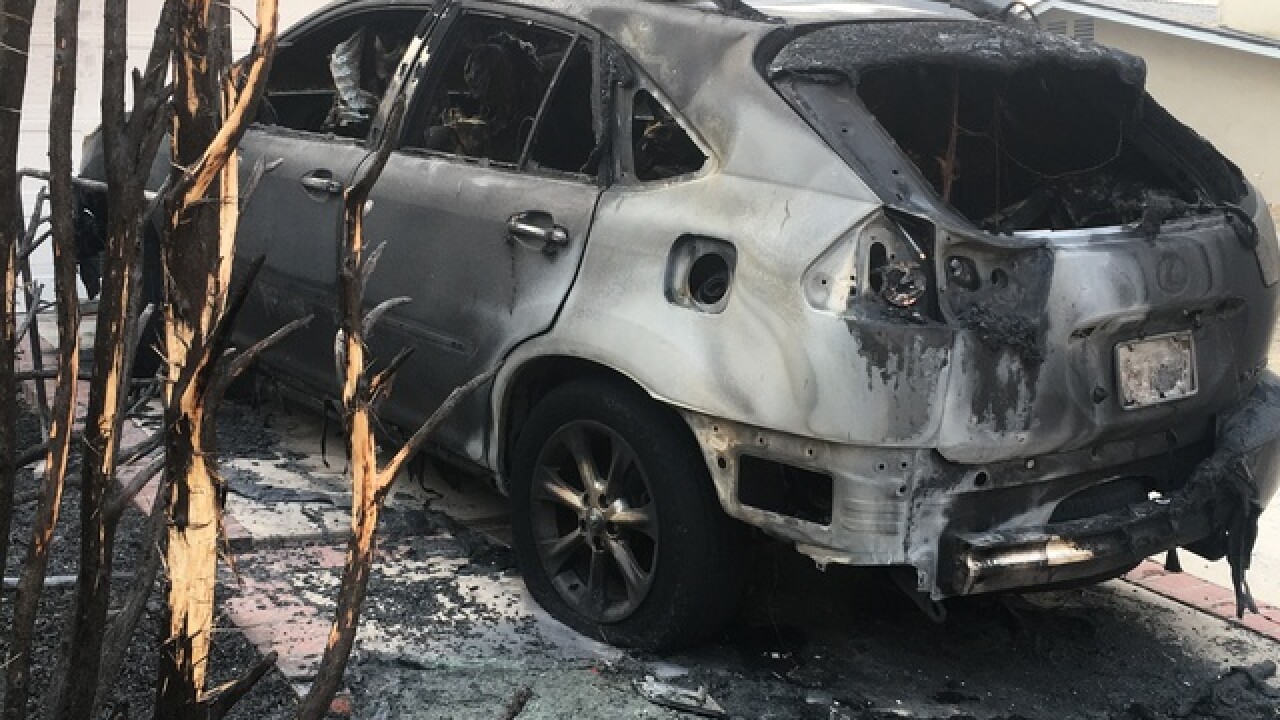 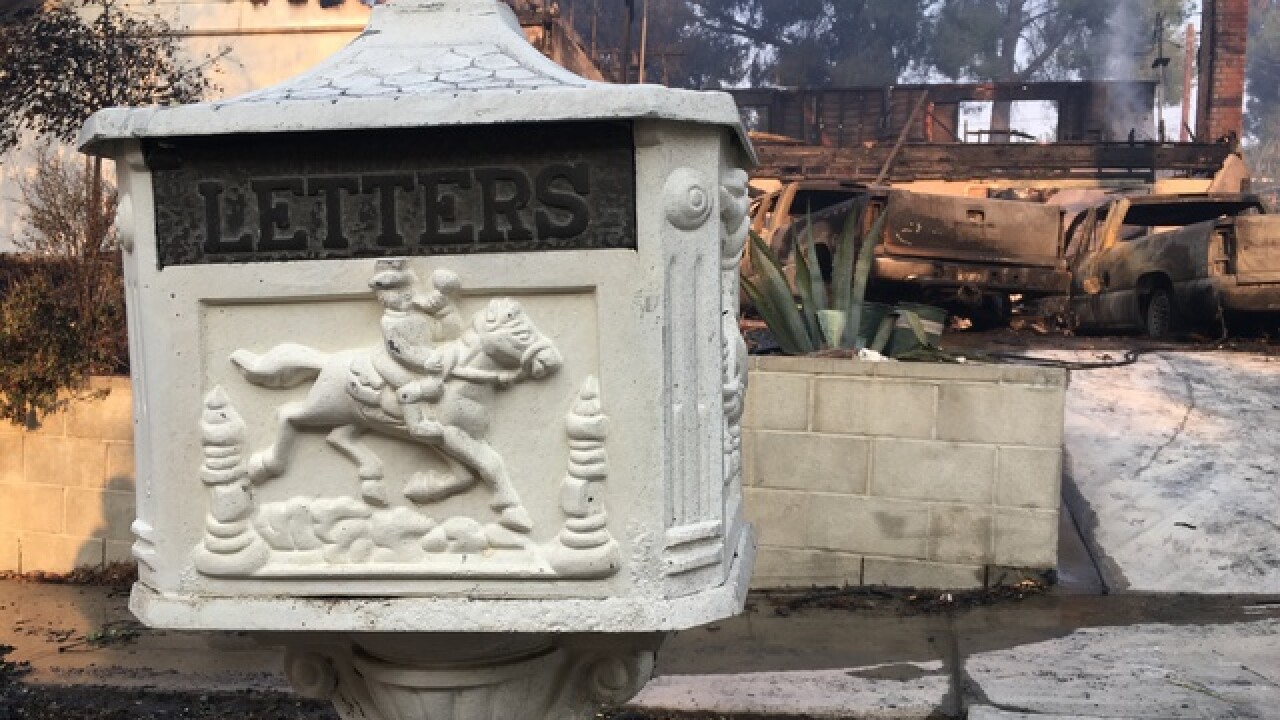 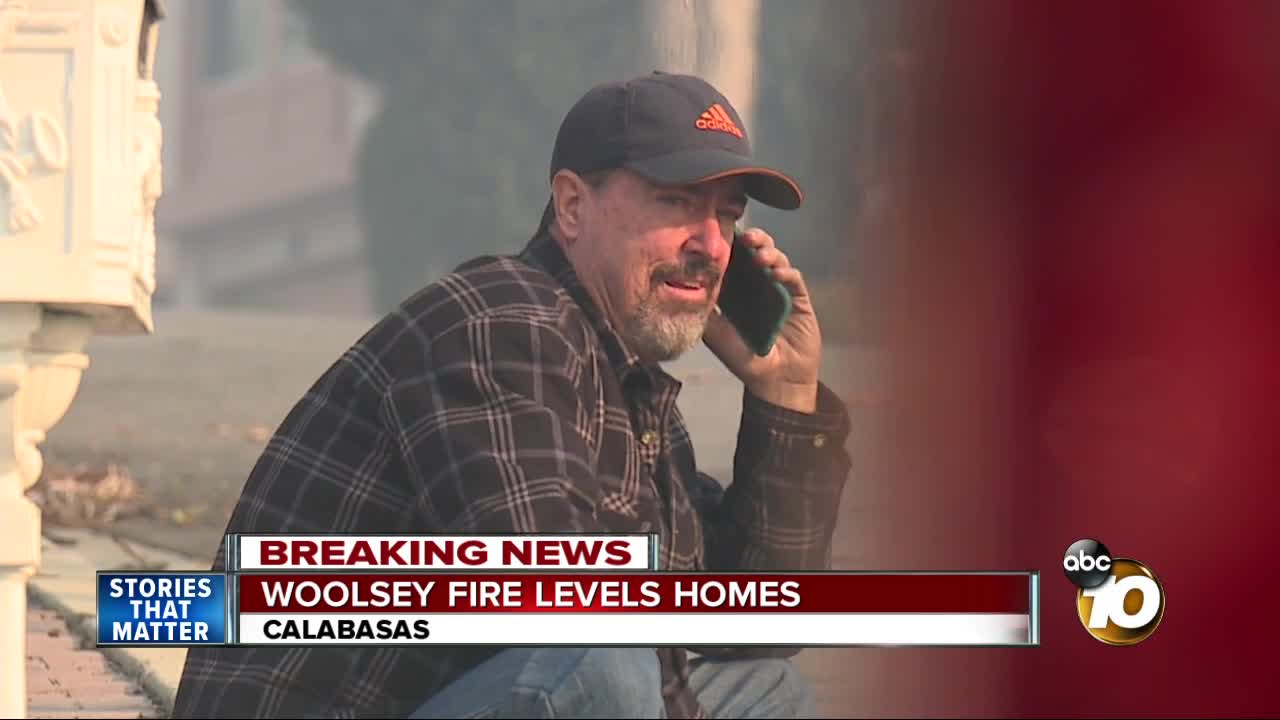 CALABASAS, Calif. (KGTV) — The Woolsey Fire ripped through a Calabasas neighborhood late Friday night, causing panic to neighbors who tried to stay behind to protect their home.

"You got these firebombs falling down, and the wind is blowing them all this way," Allen Nelson described of palm fronds catching fire, raining down on homes causing them to go up in smoke.

Neighbors told 10News the fire wasn't a steady line that inched closer, instead fueled by strong Santa Ana winds that brought embers skipping over roofs and lighting patches feet ahead of the fire line.

They said it felt like the fire leaped toward their neighborhood.

"A huge wall of flames, I had evacuated in a panic with my kids and my cats," Tina Leeney said.

"When it came that time, we didn't even have a minute and it was like oh my gosh and I got my parents out and I was like you have to leave," Nelson said.

He stayed behind, determined to protect his parents' home, perched on his roof, garden hose at the ready.

"I at some point got off my roof, climbed up that Juniper tree that you can see so I could get my hose up on because the flames on her roof were this high," Nelson said, referencing about two feet between his hands.

He called out to a firefighter nearby and pleaded for him to spray the corner of her house to extinguish the flame.

"He's totally my hero," Leeney said when she came back to check on the neighborhood and climbed onto his roof she heard what he'd done and started crying and thanking him.

He was modest taking her appreciation, and while he was glad to help save his neighbors' homes on either side of his parents' home, he is devastated looking across the street.

"It's just heartbreaking," Nelson said with a sigh.