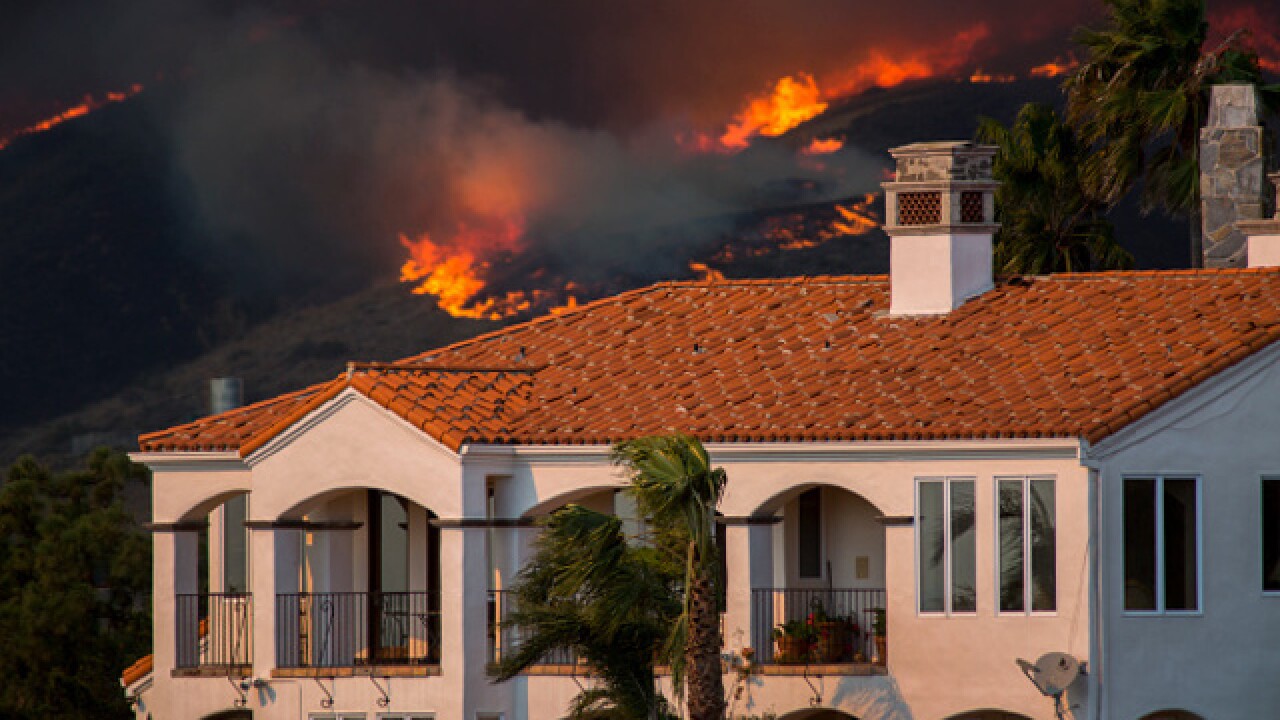 Copyright 2018 Scripps Media, Inc. All rights reserved. This material may not be published, broadcast, rewritten, or redistributed.
David McNew
MALIBU, CA - NOVEMBER 09: The Woolsey Fire approaches homes on November 9, 2018 in Malibu, California. About 75,000 homes have been evacuated in Los Angeles and Ventura counties due to two fires in the region. (Photo by David McNew/Getty Images)

INTERACTIVE MAP:  Where the Woolsey Fire is burning in Ventura and LA counties

MALIBU (CNS) -The Woolsey Fire that has burned at least 83,000 acres in Los Angeles and Ventura counties has claimed the homes of several celebrities, along with the historic Paramount Ranch, where countless movies and television shows have been filmed since 1927.

The ranch -- which served as a location for shows such as "MASH," "Dr. Quinn, Medicine Woman," and most recently, HBO's "Westworld" -- was destroyed save for a chapel, according to the National Park Service, which operates the site.

The mansion used for ABC's "The Bachelor" escaped destruction, but the fire did burn the lower house. No one was at the location at the time with the current cast filming abroad, network officials said.

According to US Weekly, singer Robin Thicke lost his Malibu home.

The homes of "Dr. Strange" director Scott Derrickson and Fox Sports' Eric Wynalda were destroyed by the fire.

"We lost our home, but we are all safe and that's the important thing," Derrickson tweeted Friday.

Caitlyn Jenner's hilltop home was also reported to be in danger. "We don't know how badly the house burned but it's not looking good," she tweeted Saturday afternoon.

Milano was one of many celebrities who have tweeted, saying "Horses are finally safe. My children are safe. My home is in jeopardy but... everything with a heartbeat is safe. Thank you all for your concern."

Lady Gaga tweeted, "I am thinking so deeply for everyone who is suffering today from these abominable fires & grieving the loss of their homes or loved ones. I'm sitting here with many of you wondering if my home will burst into flames. All we can do is pray together & for each other. God Bless You."

Though actor Will Smith's home wasn't in an evacuation zone yet, he tweeted: "I don't like it, so we're gonna go."

Actor Martin Sheen and his wife Janet were said to be safe after their son, actor Charlie Sheen, tweeted on Friday that he couldn't locate them. A local news crew later found the elder Sheen on the beach where many local evacuees had gathered.