Where to find 4/20 'munchies,' celebrations in San Diego 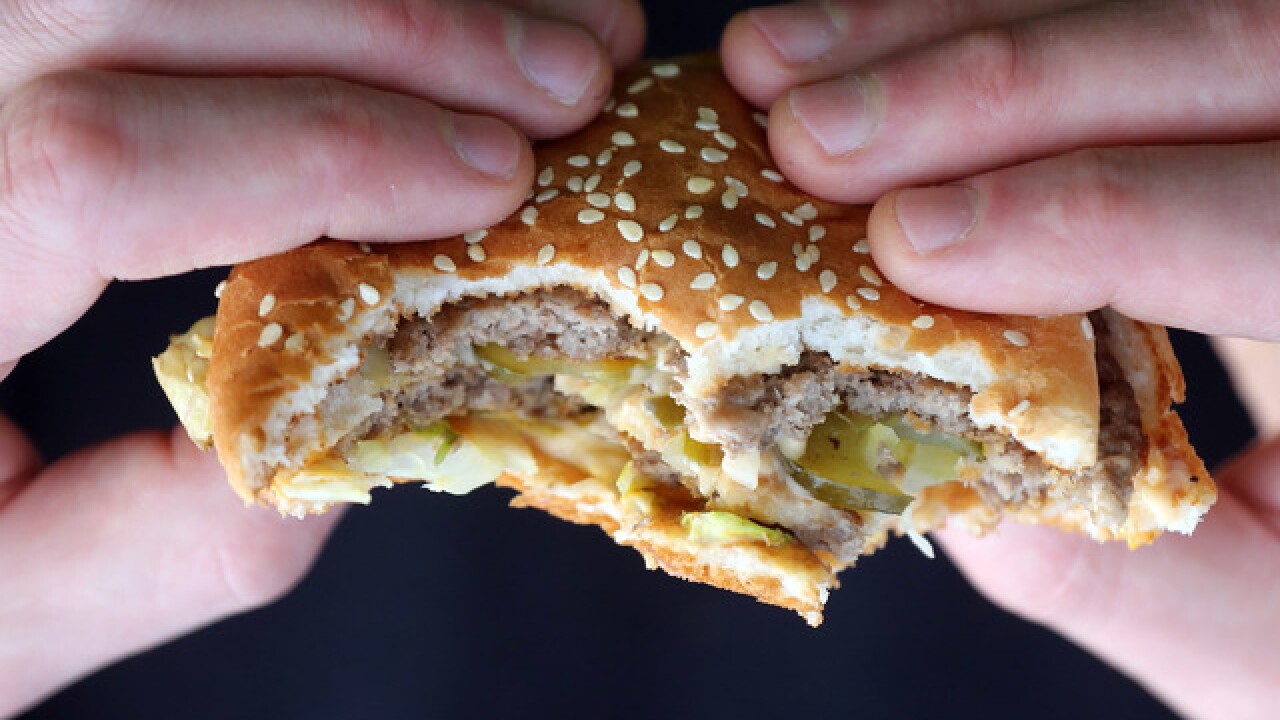 Copyright 2018 Scripps Media, Inc. All rights reserved. This material may not be published, broadcast, rewritten, or redistributed.
Matt Cardy
<p>BRISTOL, ENGLAND - JANUARY 07: In this photo-illustration a man holds a burger purchased from a fast food outlet on January 7, 2013 in Bristol, England. A government-backed TV advert - made by Aardman, the creators of Wallace and Gromit - to promote healthy eating in England, is to be shown for the first time later today. England has one of the highest rates of obesity in Europe - costing the NHS 5 billion GDP each year - with currently over 60 percent of adults and a third of 10 and 11 year olds thought to be overweight or obese. (Photo by Matt Cardy/Getty Images)</p>

SAN DIEGO (KGTV) - As San Diego marijuana users celebrate the state's first legal "4/20," a number of deals and celebrations are planned for Friday.

For those who don't smoke, don't worry. These "munchie" deals are open to everyone. Local stops Bao Beach and Surf Rider Pizza - even Burger King - are all offering a special Friday deal.

In terms of celebrations, many local supporters will likely head to Embarcadero Park for Bayked SD, Duck Foot Brewing for a specially-themed night around craft beer, or to the House of Blues for tunes.

Here's a look at some of the food deals and parties happening in San Diego:

Bao Beach will offer customers two bao's for $4.20 throughout the day at their Mission Beach stop. What is a "bao?" It's a Chinese steamed bun and in San Diego, it's stuffed with meats and pickled vegetables!

Burger King is bringing back their spicy chicken nuggets for a limited time on Friday. Customers can pick up 10 for $1.69 at participating locations.

Cheba Hut locations will serve customers nugs (their 4-inch toasted subs) on a collectible frisbee for $4.20.

Ocean Beach's Surf Rider Pizza will offer two slices of pizza (pepperoni or cheese only) to customers for $4.20.

Customers can grab an order of fresh-pressed waffles and a drip coffee from Swell Coffee in Misson Beach for $4.20 on Friday.

Mother's Saloon in Ocean Beach is bringing back its annual 4/20 celebration, featuring live music from No Kings, Crucial Blend, and Sun Drenched. And, of course, the fan-favorite contest to see who can eat 15 of the bar's "EnFuego" bacon-wrapped jalapenos the fastest returns.

Bayked SD is kicking off 4/20 at Embarcadero Park at 3 p.m. until 10 p.m. Musical guests include Wyclef Jean, Dirt Nasty, MC Flow, and more. Food from local favorites including Meze Greek Fusion, El Chingon, Dang Brothers Pizza, San Diego Poke, and more will be offered. Marijuana products will not be permitted and the event is 21 and older. Tickets are available from $30 - $80 and proceeds will benefit the Chihuahua Rescue of San Diego.

Duck Foot Brewing will celebrate 4/20 will a party including games like "hops rolling" and "giant beer pong." The brewery is also offering the first 50 guests a special 4/20 pint glass as part of a "keep the pint" night. Monster Crafts food truck will be stationed at the brewery from 4 p.m. to 8 p.m.

The rock-reggae band The Expendables will headline House of Blues San Diego Friday in as part of their "4/20 celebration." The Holdup and Inna Vision are also set to take the stage.

The view in San Francisco on April 20, where thousands gathered at Golden State Park on "Hippie Hill" to celebrate California's recreational marijuana laws: