A noisy night in North Park as crews work to fix a water transmission line that flooded a neighborhood. Matt Boone reports.

Several San Diego water department crews were dispatched to various nearby areas to repair the break. Water flow was shut off by 10 a.m.

Officials said repairs were expected to continue through the evening.

City officials noted that the broken main is not linked to water meters, which means customers’ water service is not disrupted. Officials said some customers in the area may notice low water pressure.

San Diego Gas & Electric officials confirmed they turned off power to four apartment complexes that have been directly affected by flooding. SDG&E officials said about 80 customers were affected.

Many residents were seen difficulty getting to their parked vehicles as water levels rose. 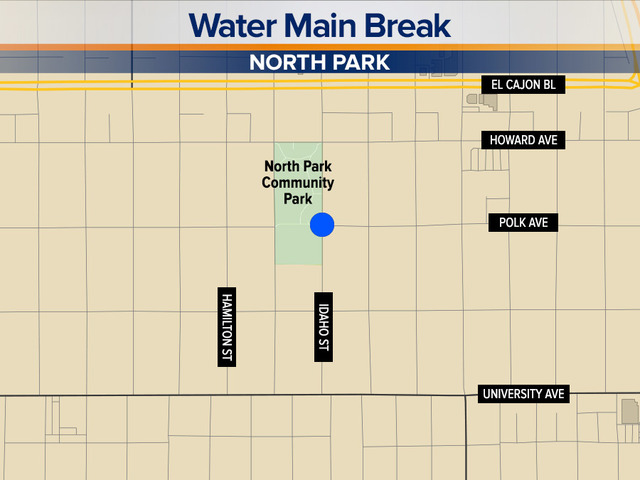 In January 2017, a water main break occurred in the same area, forcing several residents out of their homes.