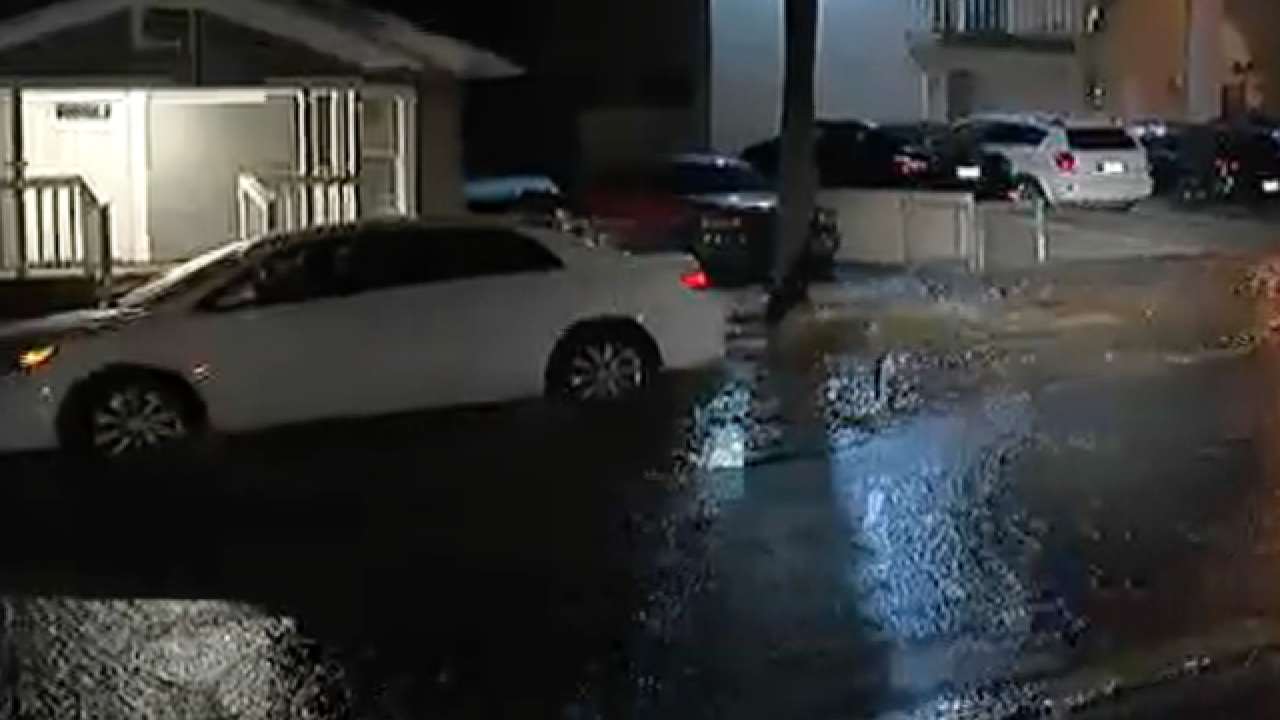 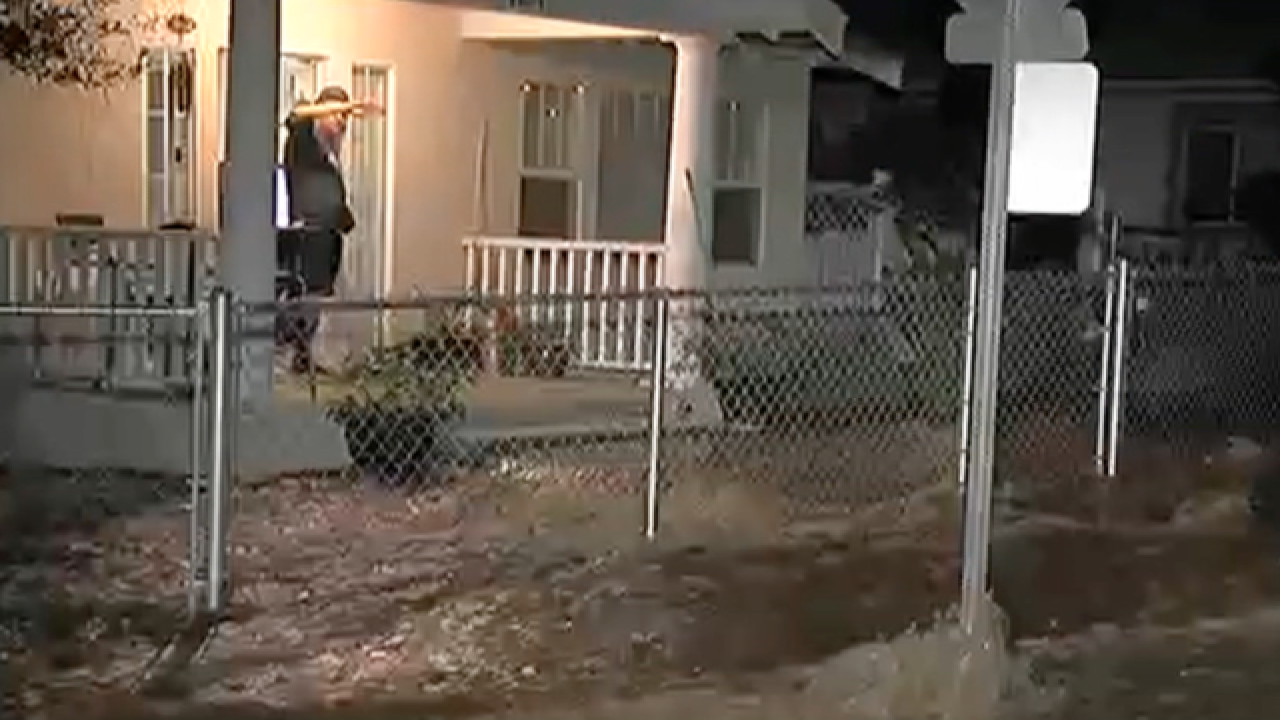 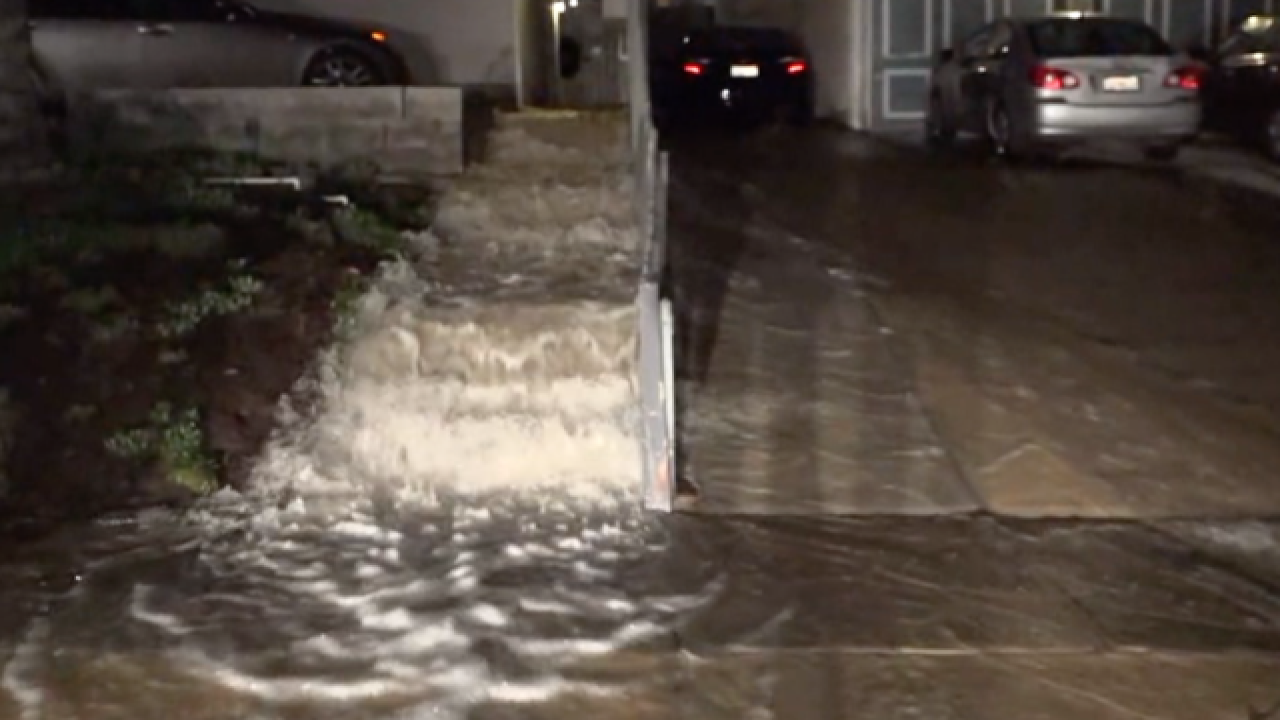 UPDATE: Crews are working throughout the night to fix a water main pipe that burst early Thursday morning, sending rivers of water rushing through several streets in North Park.

The broken water main break caused several residents of the North Park community to self-evacuate from their homes early in the day after water poured into their cars, homes and garages.

The break occurred at about 3:08 a.m. from the home plate area of Ted Williams Field in North Park Community Park on the corner of Polk Avenue and Idaho Street and traveled all the way down to Arizona and Landis streets, south of University Avenue.

The broken 30-inch diameter cast iron water main is not connected to residents' water meters, according to the city of San Diego.

The extent of damage to homes is not yet known, the city said, but property owners who have damage can file a claim with the city's Risk Management Department.

A city hydraulics crew shut off the water at about 5:20 a.m.

University Avenue re-opened to traffic at around 5:50 a.m.

There are reports of residential flooding.

The Red Cross has been called out to assist residents who have been displaced. The evacuation point is located at the North Park Community Adult Center at 2719 Howard Avenue.

It's unknown when the streets will re-open.

Some classrooms at Alba Community Day School located on Oregon Street near North Park Community Park incurred flooding damage, according to the school's principal Andy Trakas, however classes will still be in session.

This story is developing. We'll update it with more information as it becomes available.

BREAKING: several blocks flooded after water main break in North Park, gathering the details, live at 4:30 with the report on @10News pic.twitter.com/9ieq6bDNXM

This is what several homes look like in North Park after a water main break. We're live with the report at 6am on @10News pic.twitter.com/ViNFBfCzCW