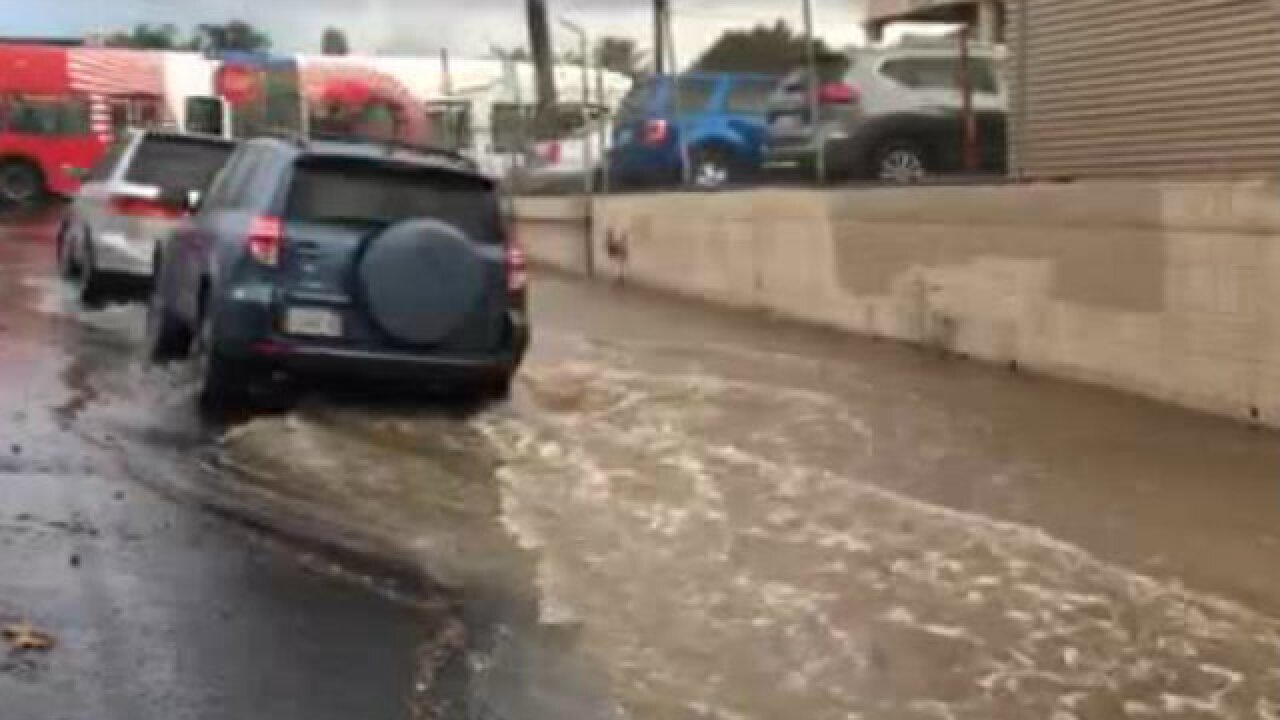 Video shows the flooding and damage caused by the water main break in North Park.

#NORTHPARK City of San Diego on scene working on getting the break under control. People in this neighborhood say this is the 2nd water main break this year. @10News pic.twitter.com/WcLb1okCSc

#NORTHPARK This woman has been scooping up the street water and pouring it on the plants. #watermainbreak pic.twitter.com/Mhk3DYJdza

Water continues to flood the streets in North Park. This is a look on Oregon & Lincoln. @10News pic.twitter.com/cC0mCibv6v

Huge flow of water due to main break. @10News pic.twitter.com/jkSmNlQmiJ

Lots of cars still parked as water continues to rush down Utah and Polk in #NorthPark @10News pic.twitter.com/IBlxH69fiM