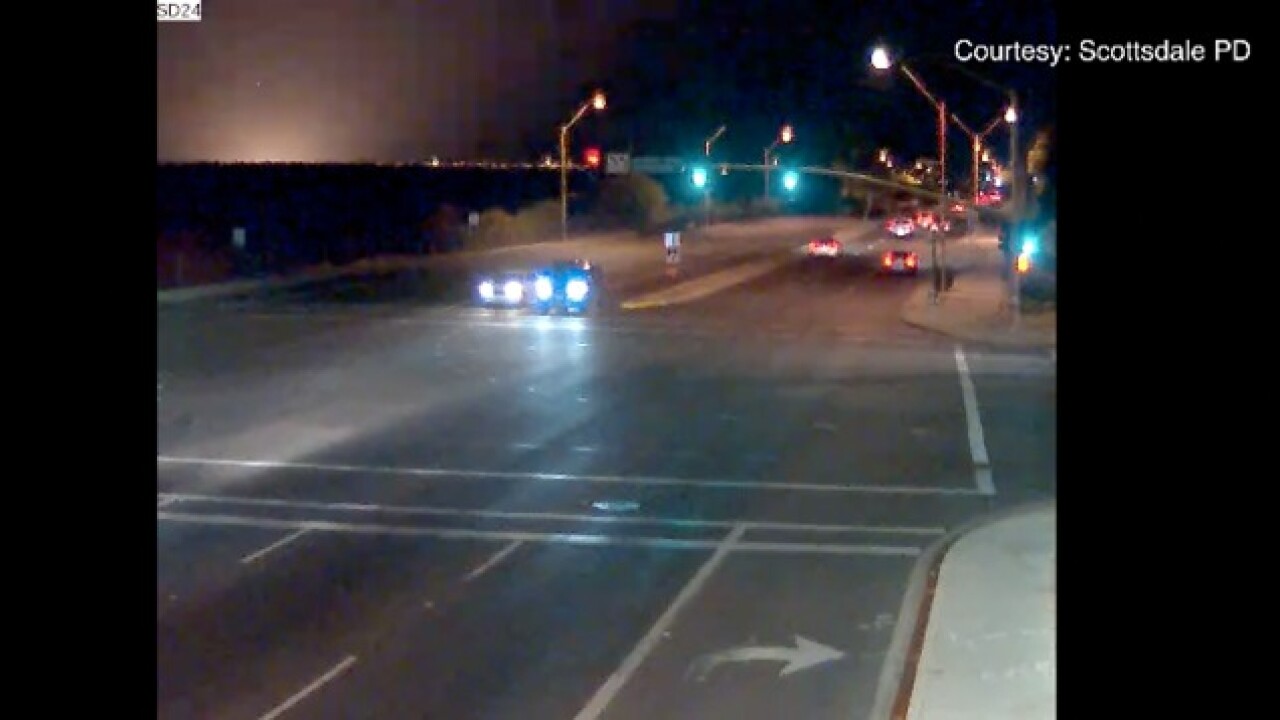 The small plane can be seen traveling across the frame before its wings appear to go vertical and it disappears. Seconds later a flash of light appears over the horizon, followed by a ball of flames.

The video, provided by Scottsdale Police, mimicked an NTSB report released this month describing how the airplane "wings became nearly vertical, and the view of the airplane was lost behind a berm."

A cause of the crash has not been released. It was last reported the wreckage was being examined at a secure facility.

The plane was heading to Las Vegas, Nev., before it crashed in a golf course about a quarter mile away from Scottsdale Airport shortly after takeoff on April 9.

"It's been very hard," Stacey Coogan, her mother, said. "We miss our daughter so much."

Her family says in recent months, Mariah had recently moved to West Hollywood. They told 10News she was in Phoenix for a concert and she was flying to Las Vegas for work.