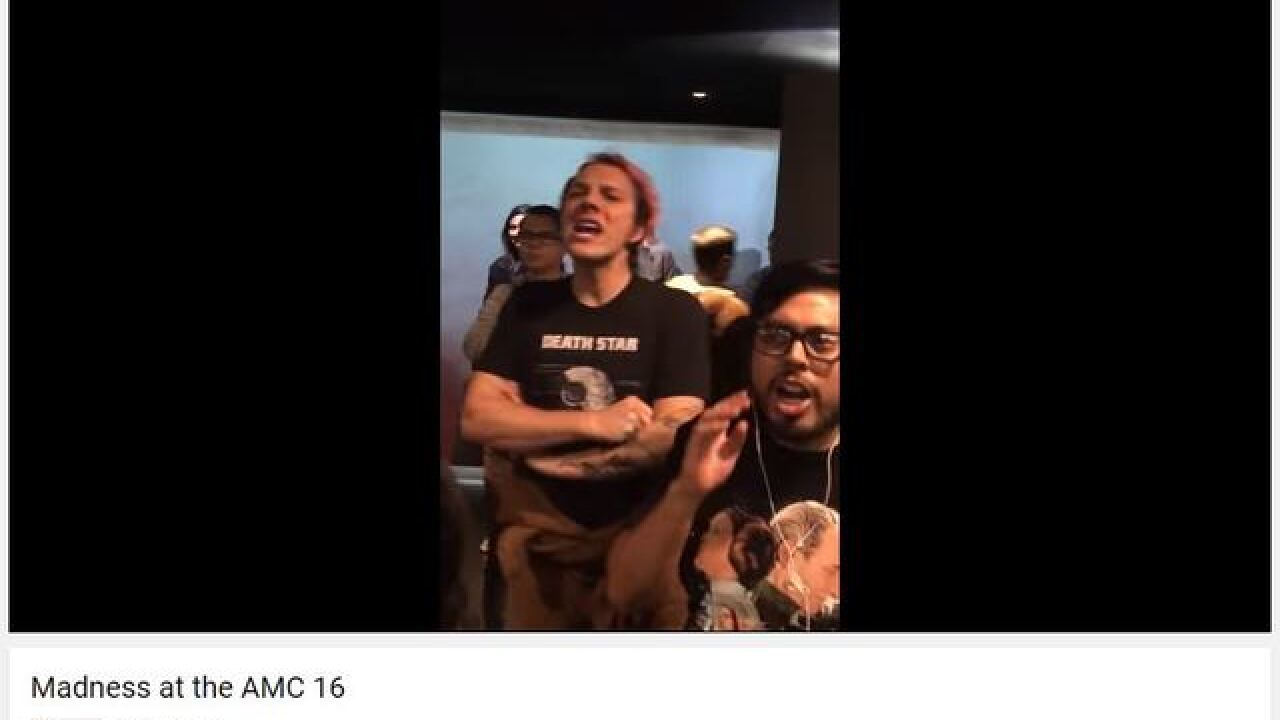 BURBANK, Calif. (KGTV) - While many Star Wars fans were taking their seats late Thursday to enjoy screenings of "The Last Jedi," at least one group of theater-goers were left fuming.

Attendees at the AMC Burbank 16 theater arrived with high expectations but not everyone had the experience they hoped to have.

At least two showings of the movie at 10 p.m. and 1:30 a.m. were marred with audio issues, according to ABC affiliate KABC. Burbank Police officers were reportedly called to the theater after an upset crowd from a 10 p.m. showing gathered in the theater lobby.

No injuries were reported and no arrests were made, according to KABC.

A video on Youtube showed an angry crowd calling for the theater to "restart the movie."

After it seemed the movie would be restarted, the video shows a theater attendant alert guests they could not restart the movie. They were offered a full refund but that wasn't cutting it for many, who demanded the movie be restarted.

See the video below:

At least one attendee on social media said the issue went on for six minutes and the theater gave guests a full refund and pass to another showing:

Six minutes of people screaming "Sound! Pause it! Start over!" At least 20 people rushed out to tell a manager. Completely took the air out of the room and ruined one character's entrance.

Dialogue finally kicks in and we wait for the movie to stop. Keeps going.

Credit where credit is due, @AMCTheatres gave everyone a refund and a free pass, but I don't see why it would have been too hard to restart the film and eat the five minutes between screenings.

The 1:30 a.m. screening that experienced similar problems was reportedly restarted with issue. It's not clear what led to the audio problems.