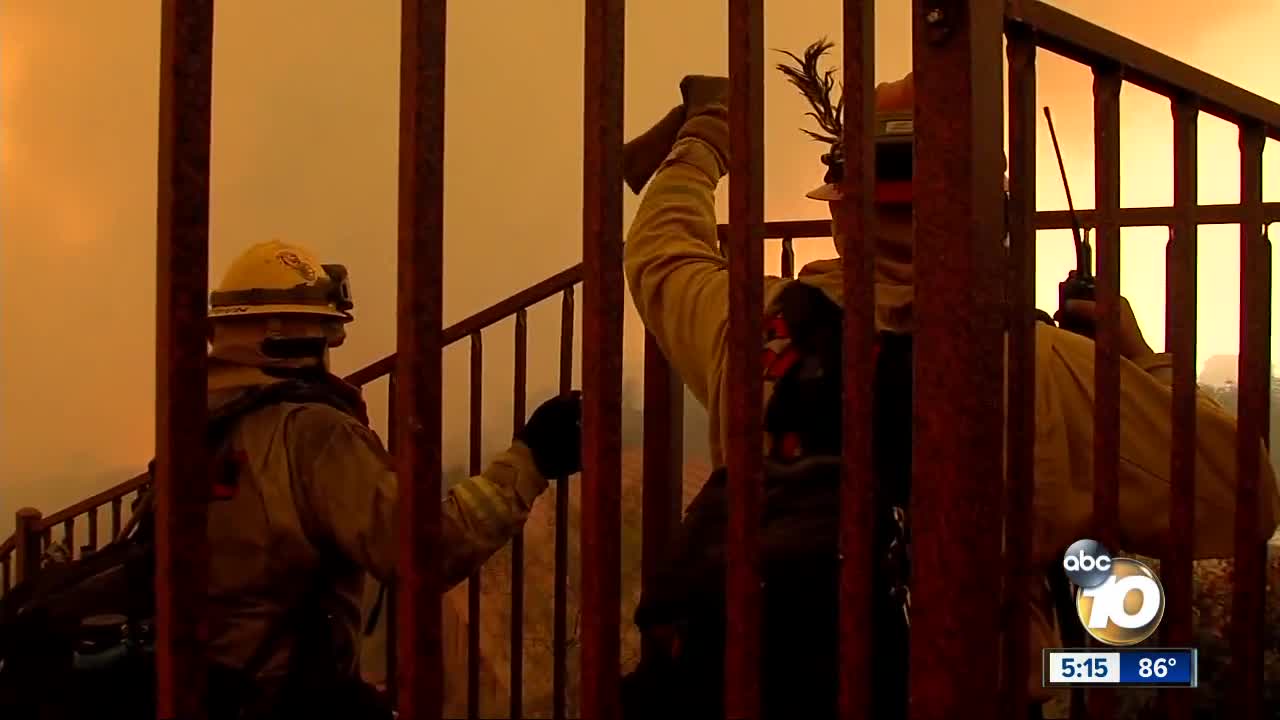 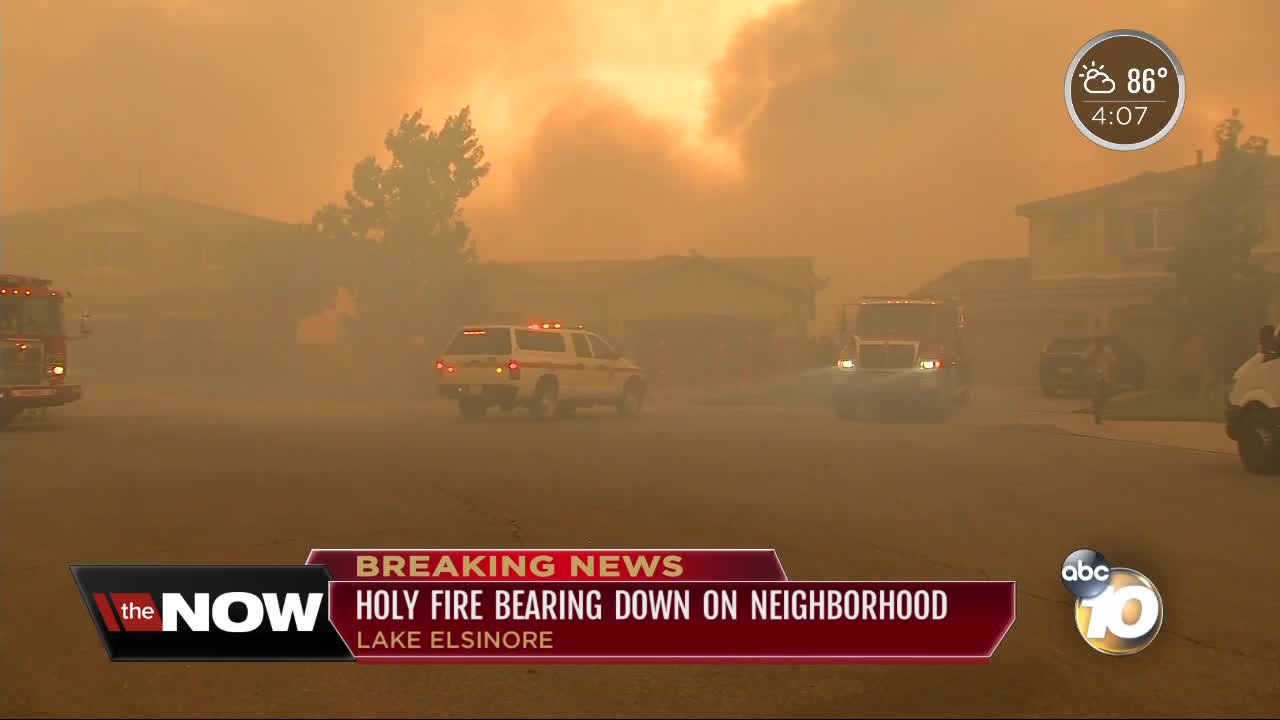 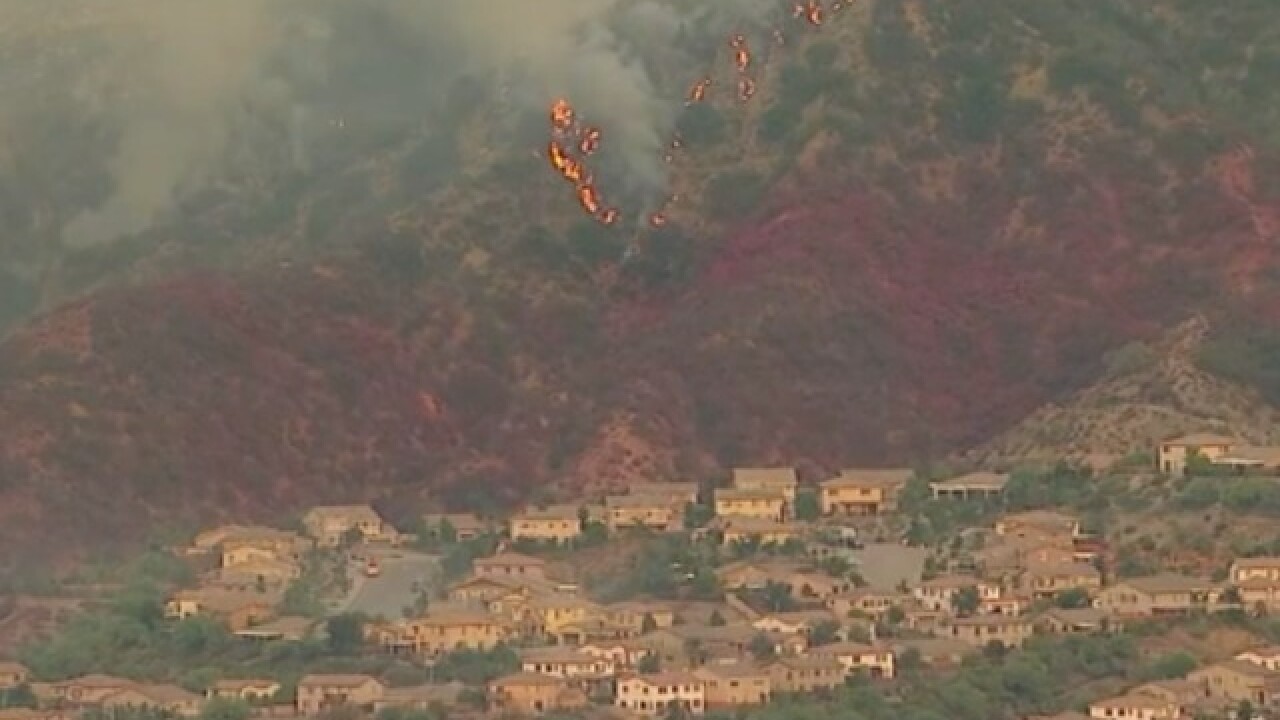 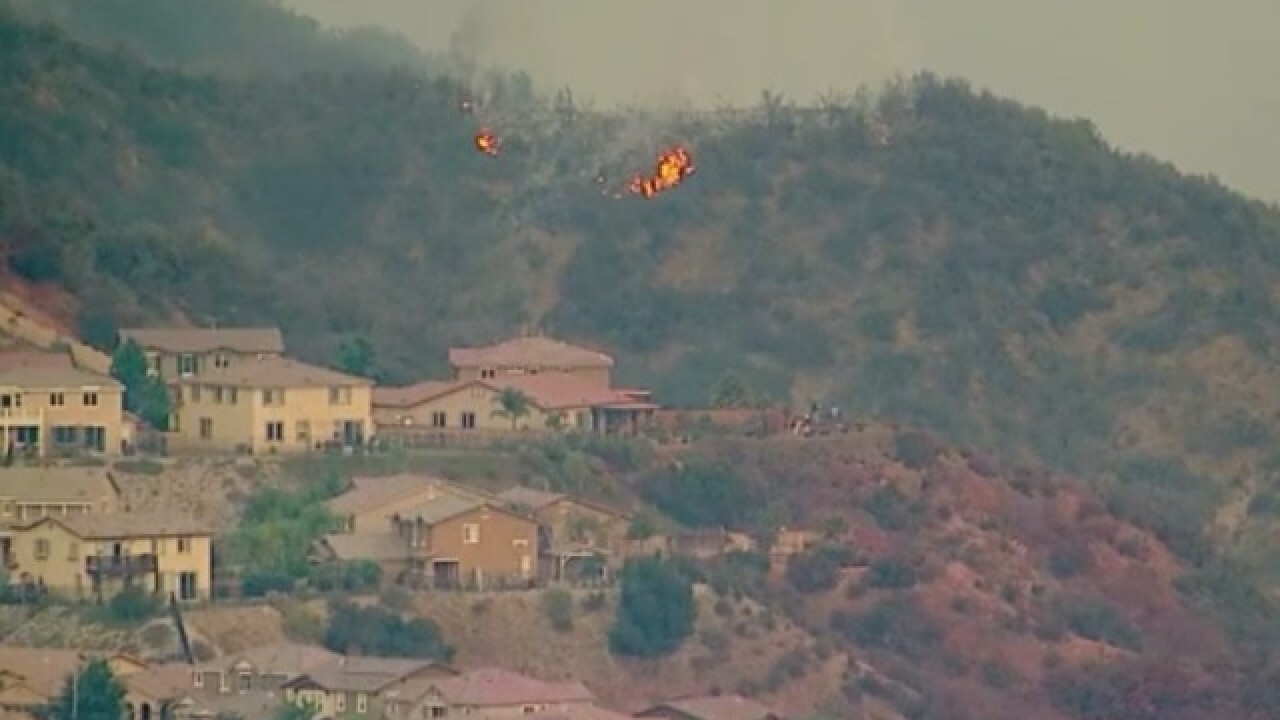 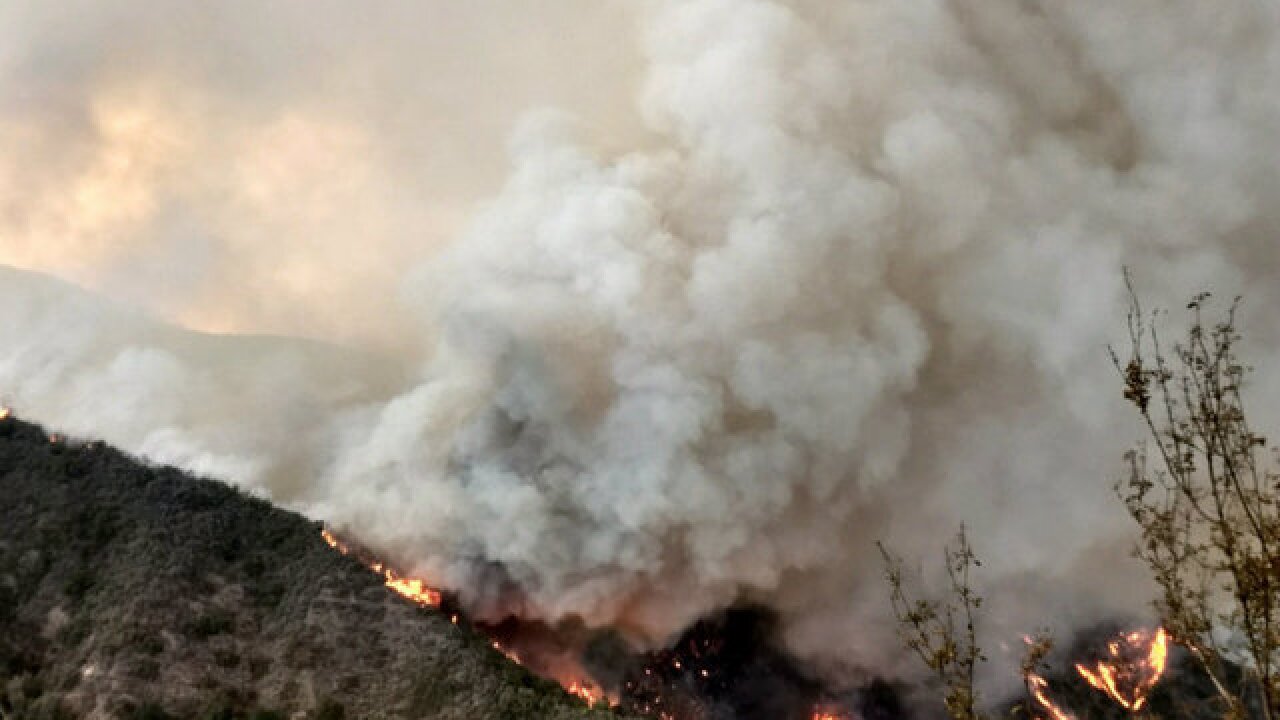 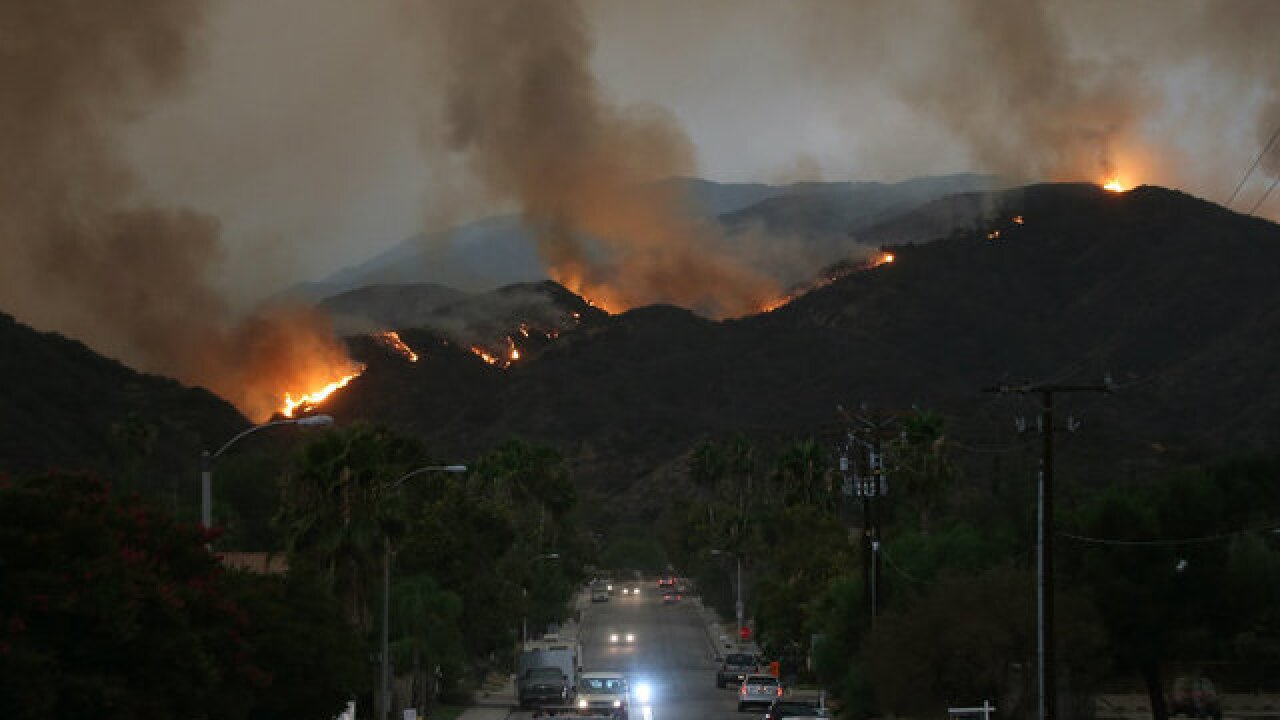 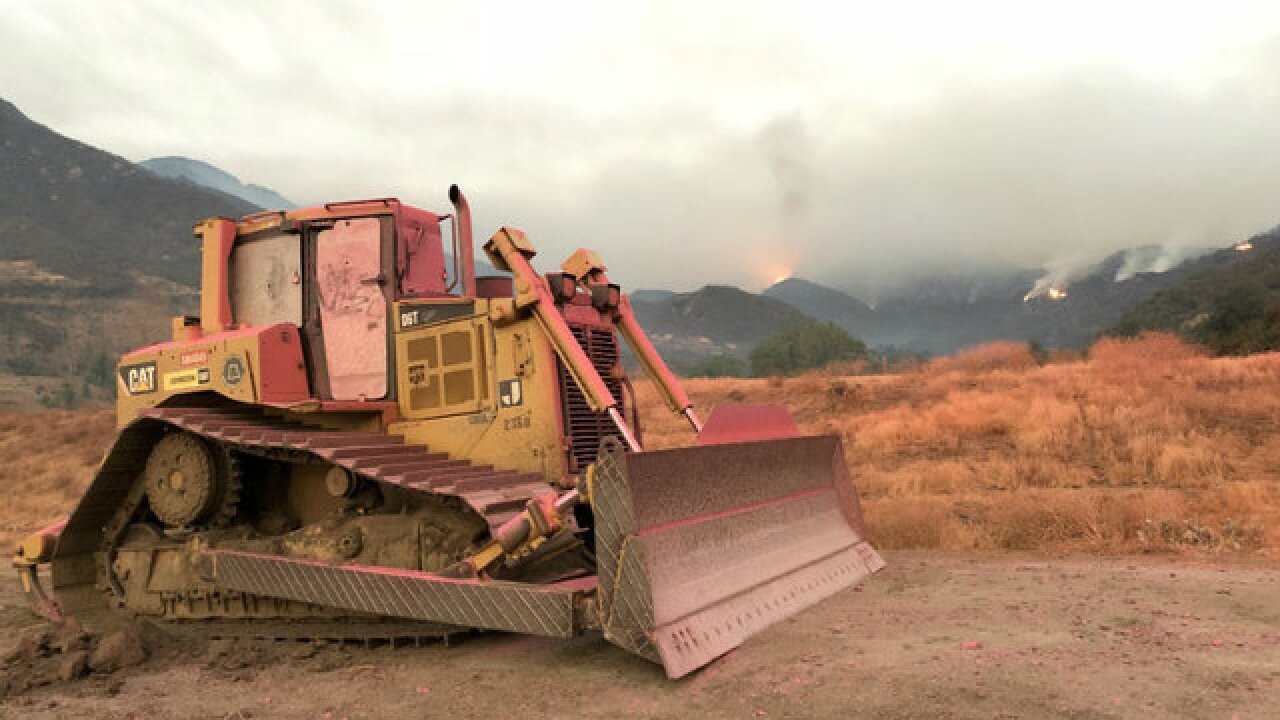 (KGTV) - Mandatory evacuations in Orange and Riverside counties are in effect Thursday as firefighters battle the Holy Fire for a fourth straight day.

As of early Thursday morning, U.S. Forest Service officials said the fire has burned 10,236 acres and is just 5 percent contained. At least 12 structures have been confirmed destroyed due to the fire.

The Holy Fire, which erupted Monday afternoon in the Holy Jim Canyon area of the Cleveland National Forest, is believed to have been started intentionally. Authorities arrested 51-year-old Forrest Gordon Clark on suspicion of arson and other charges in connection with the blaze. He is being held on $1 million bail and is expected to be formally charged Thursday.

While the cause of the fire remains under investigation, authorities said they believe the fire began “around and near” Clark’s cabin in Holy Jim Canyon.

The fire was first reported Monday near Holy Jim Canyon and Trabuco Creek roads in the Orange County area of the Cleveland National Forest. However, by Wednesday it advanced into the Lake Elsinore area of Riverside County.

Officials said 639 firefighters were assigned to the fire, with at least 16 air tankers, 10 helicopters and other aircraft supporting ground crews.

The steep and treacherous terrain has made it difficult for ground crews and fire engines to get close to the flames, prompting the heavy use of water drops from the air.

Crews said Thursday night that the I-15 Lake Street off-ramps had to be closed in both directions.

All schools in the Menifee Unified School District in Riverside County were be closed Thursday due to poor air quality caused by the fire.

WEATHER
The South Coast Air Quality Management District issued a smoke advisory through Friday in Orange County and portions of Los Angeles, Riverside and San Bernardino counties because of the Holy fire. In Los Angeles, the advisory covers the east and south San Gabriel Valley and Pomona/Walnut Valley.

U.S. Forest Service officials said: “Fire will continue to spread south, east and north with only limited spread to the west. Fire to spread into new areas, and aligning for strong head-fire runs and the potential for an ‘Elsinore’ down slope event.

There is a slight possibility of monsoonal flow over the area that could bring some increase in relative humidity and a cooling of a few degrees, however, cumulus buildup over the fire and the resulting disruption of local wind pattern coupled with the potential for critical winds over the fire due to in flow and out flow winds could rapidly increase fire behavior.

Excessive heat warning for the fire area has been issued. Weather conditions with temperatures exceeding 100 degrees coupled with a relative humidity below 15% will provide conditions for extreme fire behavior as well as heat illness issues for the fire fighters and the public.”