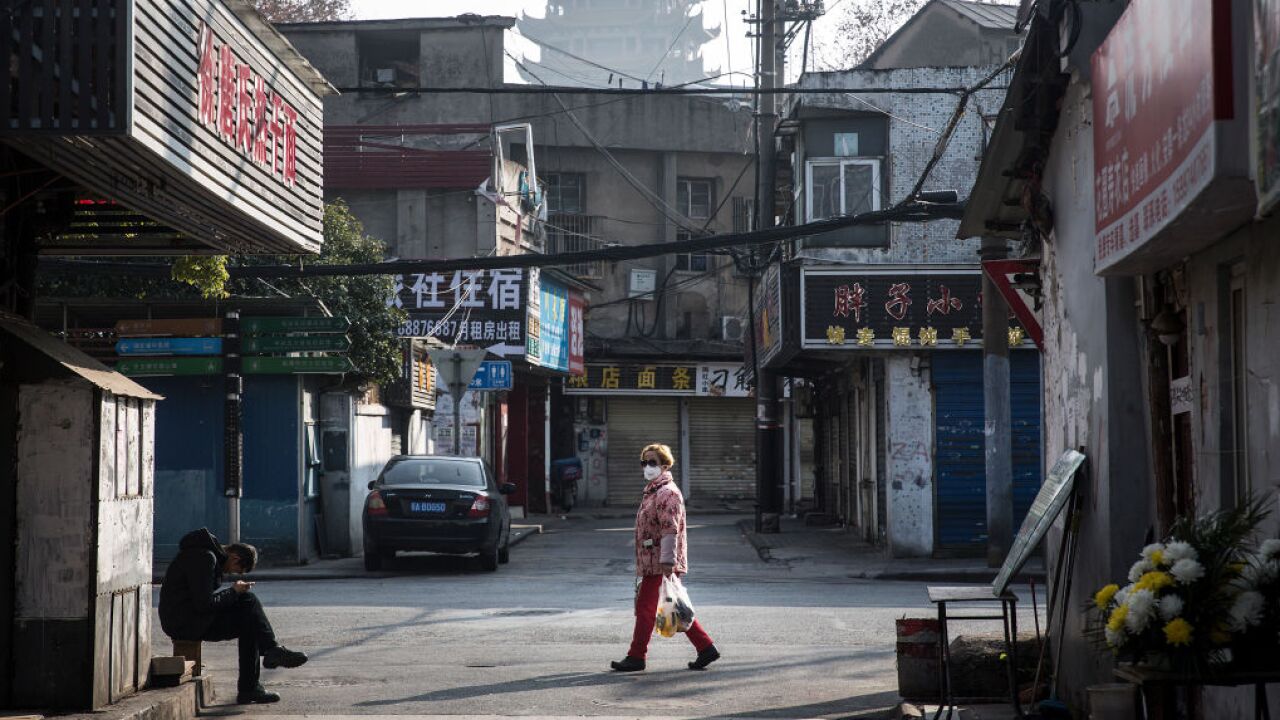 Stringer/Getty Images
WUHAN, CHINA - JANUARY 31: (CHINA OUT) A woman wears a protective mask walk in the street as man sit in the roadside on January 31, 2020 in Wuhan, China. World Health Organization (WHO) Director-General Tedros Adhanom Ghebreyesus said on January 30 that the novel coronavirus outbreak has become a Public Health Emergency of International Concern (PHEIC). (Photo by Stringer/Getty Images)

(KGTV) — China's death toll from the coronavirus has risen to 259 as of Saturday morning.

The number of confirmed cases in China also increased to 11,791, surpassing the number of 2002-03 SARS outbreak cases. World Health Organization is now warning other governments to be prepared for "domestic outbreak control" if the disease spreads overseas.

This week, Beijing criticized Washington for banning entry for most foreigners who had visited China in the last two weeks.

Travel from China to the U.S. is being funneled to seven airports around the nation: New York's JFK, Chicago's O'Hare, San Francisco, Seattle, Atlanta, Honolulu, and Los Angeles' LAX. Delta and American Airlines temporarily suspended all of their U.S. flights to China as the outbreak continues.

There have been eight confirmed cases in the U.S. so far and nearly 200 cases under investigation.